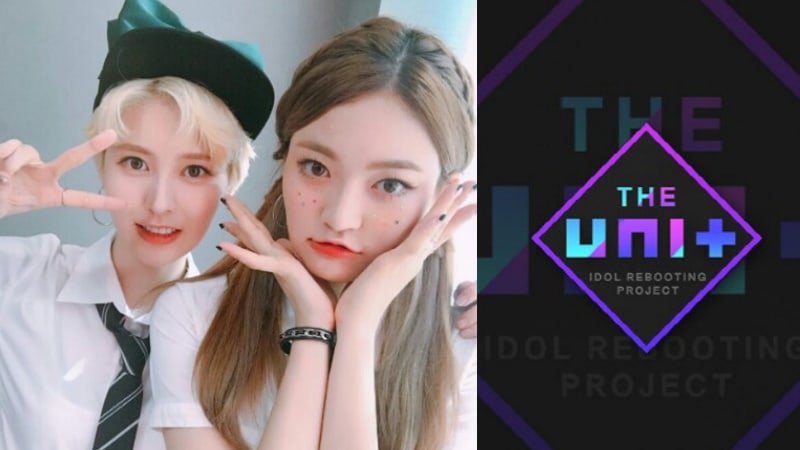 DIA’s Yebin and Somyi are set to become trainees again as they prepare to appear on KBS’s idol rebooting program “The Unit.” Their journey began on September 29 with the first recording of the show, and the duo did their best to shine against around 300 other competitors.

During an interview before the first recording, Yebin and Somyi opened up about their hopes for what their appearance on the show can do for themselves and their group.

Yebin said, “Since debuting as DIA, I’ve shown more of a bright and bubbly side of myself. On ‘The Unit,’ I’d like to show a different side by singing and playing the acoustic guitar. I hope to gain a lot from the show. I won’t rush, I’ll take things one at a time to achieve my dreams. I really hope to get my voice out there. I really like the number 7, so I hope to come in seventh place.”

Somyi joined DIA after the group was formed, and “The Unit” is set be a new journey for her. She said, “I hope to be a happy virus for everyone. I sometimes get told that I’m a little odd, but I really hope to make more people smile and feel happy. I really hope this will be a chance for me to introduce DIA, DIA’s songs, and myself to more people.”

Yebin also revealed that she got some advice from fellow member Jung Chaeyeon, who appeared on Mnet’s “Produce 101” and was active as a member of I.O.I. She said, “Chaeyeon told me to just keep doing what I’m doing, and I’ll do well. She was so serious and sincere when giving me advice that I felt like I could lean on her, which I was grateful for.”

The two members also took a moment to speak to their fans and thank them for their support. Yebin said, “We’re so thankful that you’re always by our side and supporting us. I hope to become a singer you can be proud of. My power is positivity, and I promise to always be bright and ready for anything.” Somyi added, “The other members told me not to be too greedy, and to just show everyone who I really am. I’m going to listen to their advice, and continue to be someone who is ready for anything and always does her best.”

Stating that their final goal is to be included in the group that will make its debut from the show, Yebin and Somyi are confident about their ability to work hard and grow towards their dreams. They concluded their interview by saying, “DIA isn’t a ‘perfect 100’ group yet. So we’re going to do our best on ‘The Unit’ and create results that all of us in DIA can benefit from. We’ll do what we can to make DIA a ‘perfect 100’ group.”