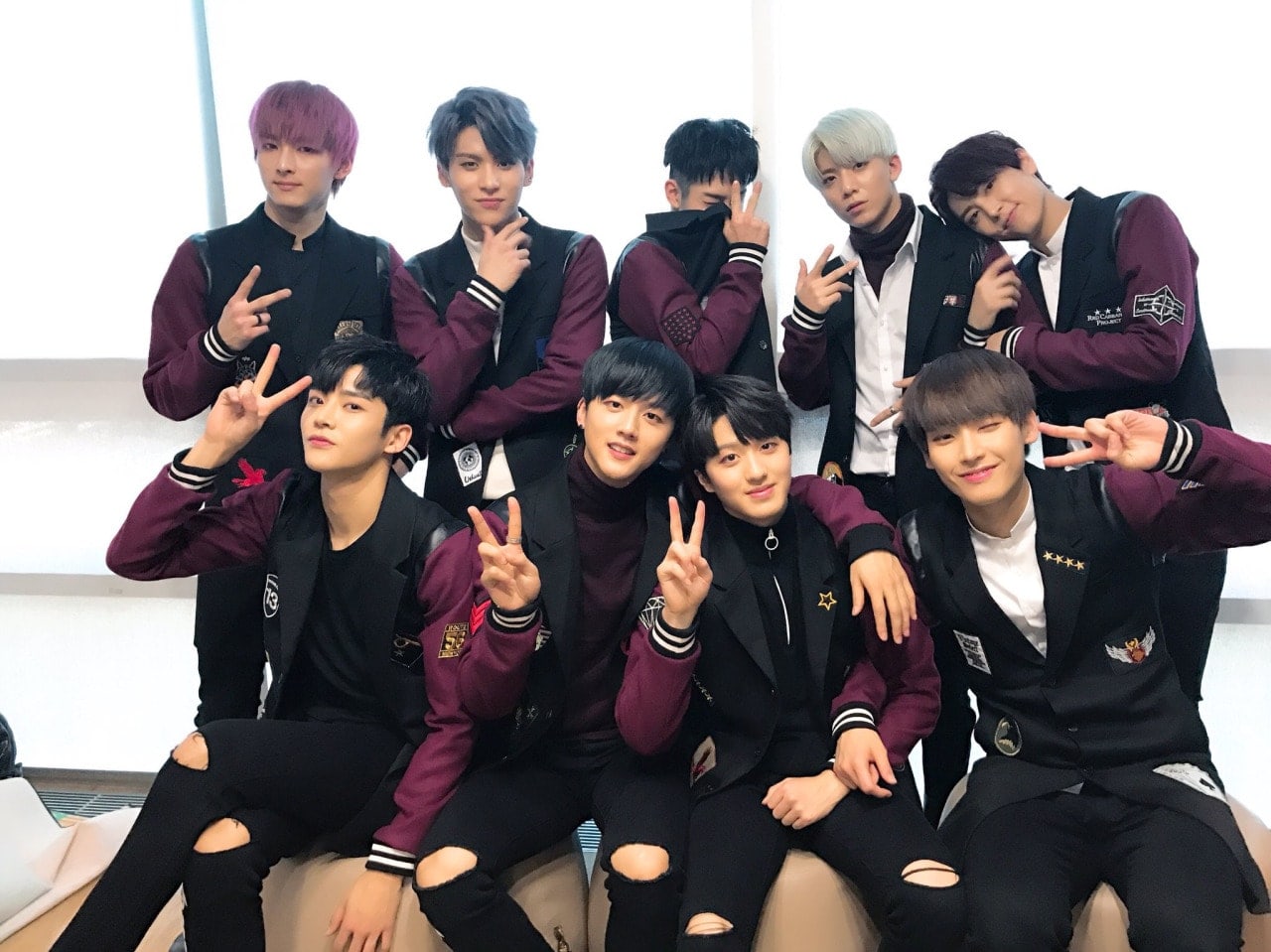 SF9, in celebration of their first anniversary on October 5, put together a special thank you for fans, in the form of nine different content releases spaced out over the course of 24 hours. 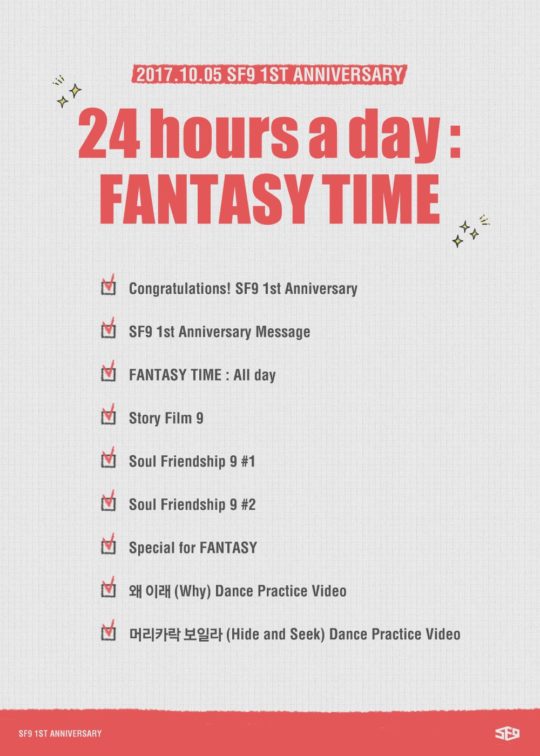 In addition to dance practice videos for “Why” and “Hide and Seek,” songs that the group has not performed on broadcasts, SF9 released anniversary messages, special “soul friendship” videos, and more.

See also: 9 Reasons Why You Should Stan SF9

Group leader Youngbin said, “I can’t believe SF9 is already one year old. We’re still very new, but I’m thankful that we were able to spend a busy year getting to where we are today. By the time we’re two, we’ll have grown and matured much more.”

Meanwhile, SF9 is preparing for a comeback on October 12 with their 3rd mini album, titled “Knights of the Sun.”

Congratulations to SF9 on their first anniversary!