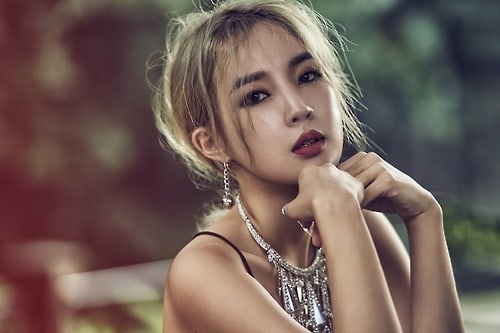 The members of 4Minute decided to disband and go their separate ways in June of last year. Some members are remaining in the music industry as solo artists while others have changed their career paths to acting. All of them have signed up with an agency, except for Jeon Jiyoon (who is also known as Jenyer).

Jeon Jiyoon, who returned in September with her digital single “Hello,” opened up about how she wants to show herself by making music she wants to make. She said, “It’s been one year since I’ve been a solo artist. It’s funny how I’m already being evaluated and graded. No one knows if I’ll do well or not. I can change my own evaluations. I don’t look at the comments often either. It’s my responsibility to do music well.”

Regarding the fact that only HyunA renewed her contract with Cube Entertainment, Jeon Jiyoon said, “HyunA isn’t the only one Cube tried to hold on to. However, because [people] didn’t know the entire story, they talked about it as if the rest of the members beside HyunA were abandoned. It’s a frustrating situation. It’s especially unfortunate because our parents and friends were upset.”

Jeon Jiyoon talked fondly about her former 4Minute members, saying, “After we disbanded, we became closer. We rely on each other more, and we have a lot of questions to ask to each other. HyunA is probably busy preparing for her solo promotions. It’s been a while since I’ve seen her. We may have disbanded now, but once 4Minute is always 4Minute. And the members are still here.”