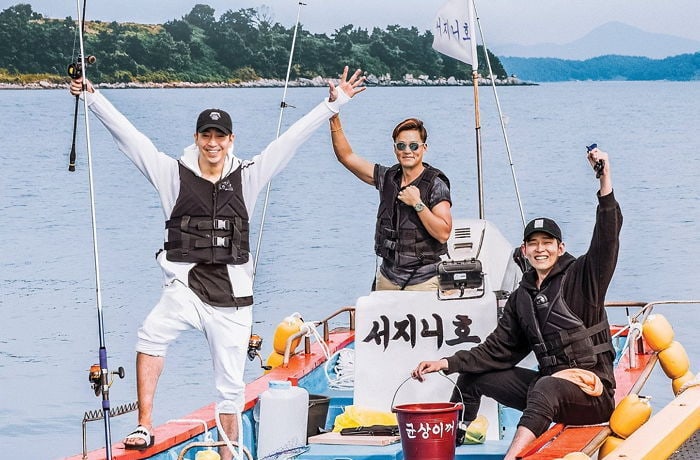 As tvN’s “Three Meals a Day” continues to captivate viewers with its down-to-earth quality, a producing director (PD) from the show discussed how the staff have been casting guests.

tvN’s “Three Meals a Day” is a popular variety show where Lee Seo Jin, Shinhwa’s Eric, and Yoon Kyun Sang must prepare three meals a day while living on an island. Compared to last season when it was just the three of them, there are once again guest celebrities who have garnering much attention from the viewers this season.

PD Lee Jin Joo revealed their criteria for selecting guests. She shared, “We’re casting guests that can either bring out a new side of the members or create new relationships and stories with the members.” She also added that while guests who are already close with the members may have chemistry with the cast, guests who have never met the members show what it’s like to progressively get closer to them through cooking and conversations.

True to her word, the three permanent cast members displayed new sides of themselves that weren’t shown last season due to the guests.

Lee Seo Jin, who usually doesn’t actively lead the way, took more initiative because of Han Ji Min. It was also Lee Je Hoon who brought out a softer side of the usually more confident Lee Seo Jin through the topic of marriage.

Yoon Kyun Sang showed changes as well. He’s the youngest of the group, but during this season, he showed a mature, “older brother”-like side to himself when Lee Jong Suk and AOA’s Seolhyun appeared. People are curious to see how Eric will change once his fellow Shinhwa members Andy and Lee Min Woo appear on the upcoming October 6 episode.

Three Meals a Day
How does this article make you feel?