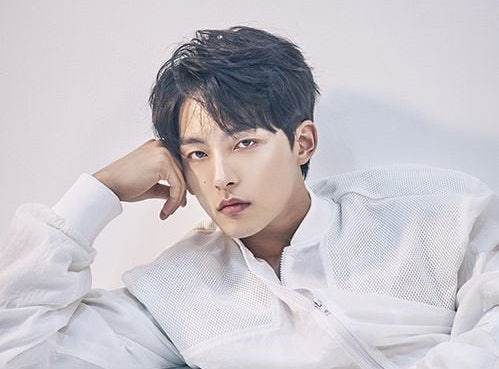 Although he was eliminated from the show, he became active in the entertainment industry almost immediately afterwards, singing an OST for the SBS drama “Super Family 2017” and shooting an upcoming OnStyle drama “Oh! Dear Half-Basement Goddesses” (literal title).

When asked how he was spending his Chuseok holiday, he said, “I have to fry jeon [a traditional Korean holiday food], of course. I want to eat good food with my family during the Lunar New Year as well. We don’t go far, I’ve already gone to tidy up the family graves [a traditional Chuseok activity].”

Park Sung Woo, now training as an actor, had some words of support for his fellow contestants now preparing to debut in project groups. “It felt good to see everyone put out albums and promote after the end of the show,” he said. “Whether it’s Wanna One, RAINZ, or JBJ, everyone seems to be working hard and it feels good. I didn’t have any specific plans to debut as a singer. The guys promoting now are those who had good rankings and talents. I am cheering all of them on.”

He concluded by summing up his current situation. “I’ve gotten a lot of requests for interviews and I filmed some dramas,” he said. “I’m still practicing acting and I’ve been steadily working out. I do a little bit of singing practice as well.”

Park Sung Woo
How does this article make you feel?