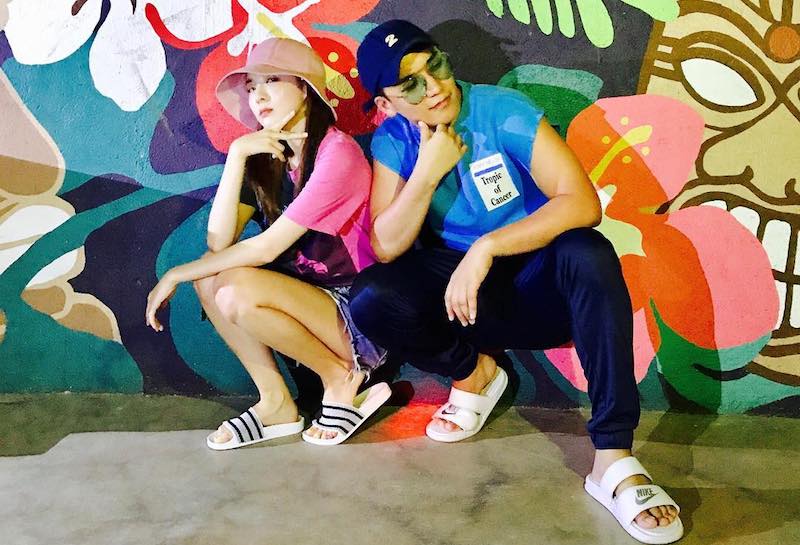 YG family members Seungri and Sandara Park got to spend some time together in the sun while in the Philippines!

Seungri is appearing as a special guest at an event in Boracay, an island in the Philippines, on October 6, and it looks like he got a guided tour from Sandara Park!

That day, he shared a photo to his Instagram with Sandara Park, announcing the beginning of “Dara Weekend.”

He also shared some polaroids from their travels, and wrote in the caption, “This is the first time I’ve spent this long together with Dara.” He added in the hashtags, “We’ve become closer,” “After 10 years,” “However still awkward,” and “Let’s get over that.”

Sandara Park posted a photo of a banner for Seungri’s event on her Twitter.

Recently, Sandara Park also got to spend time with her brother Thunder in the Philippines, where they had spent much of their childhood and where she first achieved fame.

Hopefully Seungri and Sandara Park have a great time at the event!

Sandara Park
BIGBANG
Seungri
How does this article make you feel?