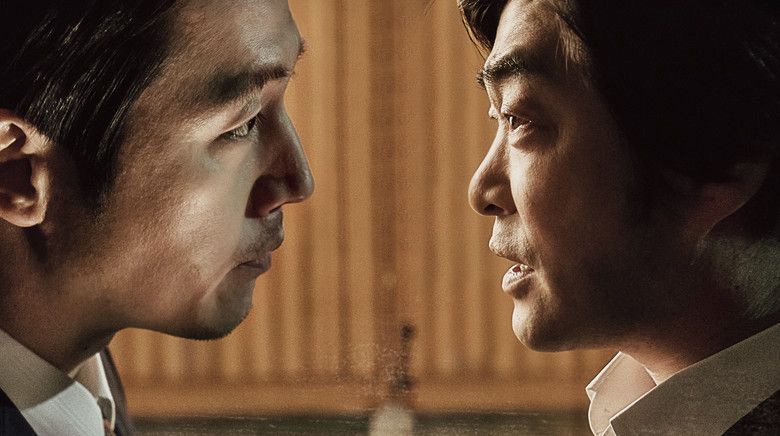 When a man must choose between creating a better future for his family and saving a stranger, he finds himself tangled up in the secret operations of a corrupt government.

“Ordinary Person” explores what happens when ordinary people are faced with decisions that have extraordinary consequences. The film, which received the NETPAC award at the 39th Moscow International Film Festival for best Asian feature, is set in Seoul in 1987. With its sympathetic characters and phenomenal acting (for his lead role, Son Hyun Joo nabbed the Star Award at the 2017 Korean Film Shining Star Awards and Best Actor at the Moscow International Film Festival), “Ordinary Person” is a film that will linger in your thoughts for days, challenging you to question your deepest moral convictions.

Intrigued? Read on to find out why this film is worth a watch!

Detective Kang Seong Jin (Son Hyun Joo) arrests Kim Tae Sung (Jo Dal Hwan), a man who Seong Jin knows is innocent of his purported crime. The detective intends to release Tae Sung once the actual perpetrator is caught, but Tae Sung suddenly admits to a murder, after which South Korea’s National Security Agency pins 17 more deaths on him – much to the surprise of Seong Jin. 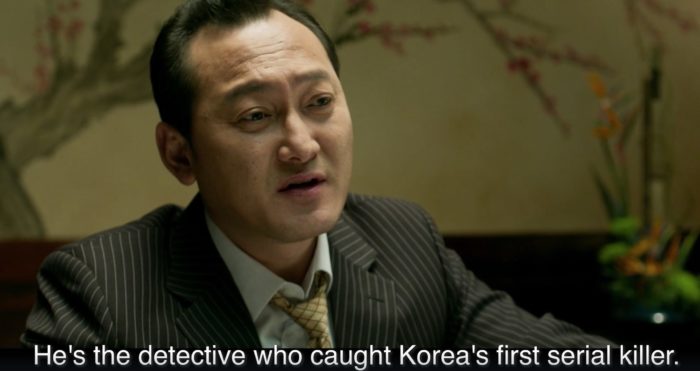 The string of murders seems implausible to Seong Jin and his reporter friend Chu Jae Jin (Kim Sang Ho), but this is Seoul in 1987, and Seong Jin must carefully weigh the consequences of deciding to either cross or cooperate with the powerful government agency. Should he take the moral high ground and fight to reveal the truth? Or should he be a puppet for a depraved government, and accept the bribes that will give his struggling family a better life?

Faced with this dilemma, Seong Jin makes a series of difficult choices that will forever change his life and the lives of those he is close to – and become kindling for the rising flames of political unrest in his country.

As one might guess from the title, “Ordinary Person” is a film about, well, ordinary people. But more than that, it illustrates how the actions of ordinary people can have impactful and far-reaching outcomes, and it is in the complex emotional world of its characters that the film strikes a very meaningful tone.

Son Hyun Joo stars as Kang Seong Jin, a detective who works tirelessly to support his mute wife and disabled son. He hopes to someday afford a better house for his family and surgery for his son’s defective leg, but his job presents little opportunity for him to improve his lot in life. 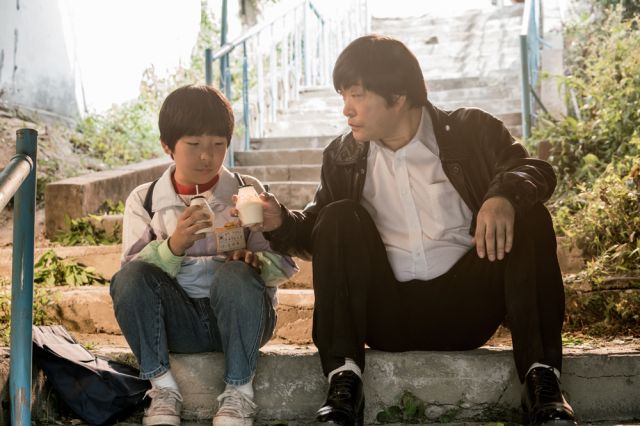 That is, until Seong Jin arrests Tae Sung, and the National Security Agency begins to offer him all the funds he needs. Suddenly a better life for his family is within reach, and all Seong Jin has to do is play along with the plot to falsely accuse Tae Sung. But with Seong Jin’s best friend, as well as his own conscience, nagging him not to frame the innocent man, what will he decide? 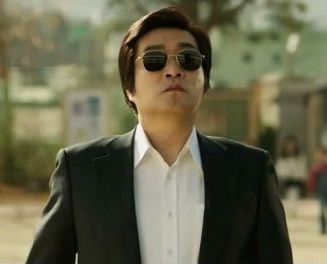 This dilemma quickly transforms Seong Jin into a unique antihero, at once the protagonist and antagonist of the film. Because Seong Jin’s motives are pure, it becomes difficult to label his actions as right or wrong, even when they adversely affect those around him. Even if we ultimately condemn some of the choices he makes, we cannot blame him for them because we sympathize with his intentions – and wonder which path we would take ourselves if we were in his shoes.

Choi Gyu Nam (Jang Hyuk) is the face of the National Security Agency, and the film’s villain. Calculating and cruel, Gyu Nam proves that this is a world in which the government has the power to manipulate the lives of its citizens, and money and power, rather than morality and justice, decide people’s fates. 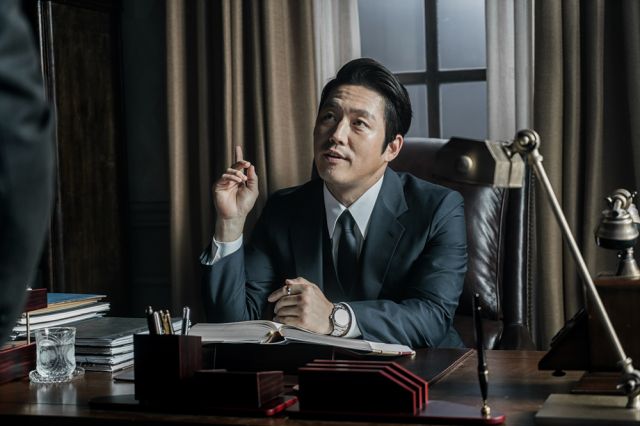 If there is a hero in the movie, it’s reporter Chu Jae Jin, who begs Seong Jin to stick to his moral guns and does what he can to reveal the truth behind the government’s corruption. 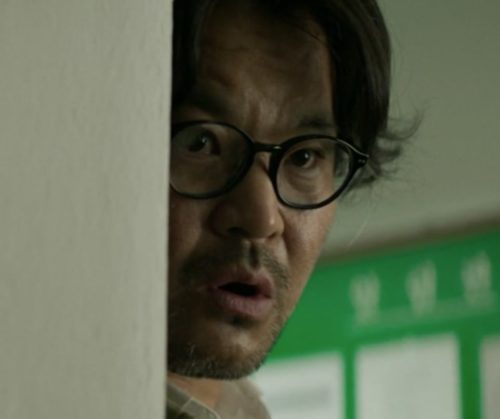 Of course, it’s easier for Jae Jin to be righteous because he has no family; he alone must bear the repercussions of his actions, so his ethical decisions are perhaps more straightforward than those Seong Jin must make. But if Seong Jin shows that ordinary people are corruptible, Jae Jin proves that they have the power to be heroic – for a price.

The quandary presented in “Ordinary Person” is gripping in itself, but it is the characters’ emotional responses to their circumstances that make the film so powerful, and the actors convey these with skill and finesse. Son Hyun Joo’s nuanced acting renders Seong Jin’s character arc at once satisfying and heartbreaking, and Kim Sang Ho delivers a stirring performance as reporter Jae Jin, whose friendship with Seong Jin despite their differing moral priorities is pivotal to the film. 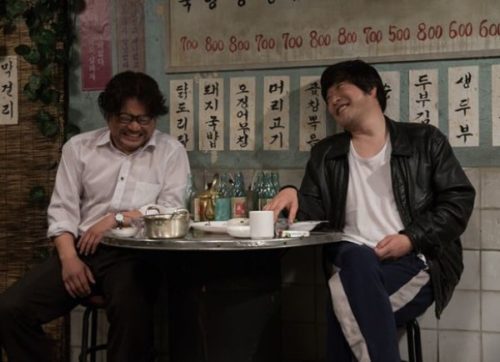 Ra Mi Ran puts in a unique performance as Seong Jin’s wife; her muteness serves to further isolate Seong Jin in the decisions he must make so that he effectively has no one he can even talk through issues with. But it is unfortunate that the most prominent female character is mute in a film that undervalues its women to begin with; the only women with real lines in the movie are Jae Jin’s under-appreciated female sidekick and a female singer, who appears in one scene for the sole purpose of being punched in the face by Gyu Nam – we get it, he’s the bad guy. 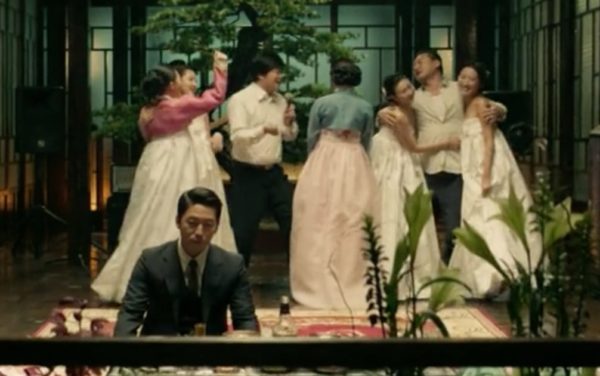 We know he’s the bad guy because he hates fun.

This complaint aside, “Ordinary Person” did a beautiful job of telling the story it set out to tell, and Seong Jin’s plight illustrates that it’s not just the tangible outcomes of our decisions that matter, but also whether we can live with ourselves knowing what choices we have made. As with a lot of Korean films these days, the movie features some tie-ins to Korean history; the silencing of the press, the excessive (and sometimes difficult to watch) violence used by police, and the protests at the end of the film are all truths of late 1980s Seoul.

But “Ordinary Person” steers away from the patriotism that many films play up, instead choosing to focus in on the individuals. And this makes the film all the more powerful, because through this lens we see that ordinary people are corruptible and weak and fickle – but that they also have the capacity for great forgiveness and integrity, and the power to join together to become part of an extraordinary cause.

If you love crime dramas, great acting, or films that pose interesting moral questions, you should definitely add “Ordinary Person” to your to-watch list.