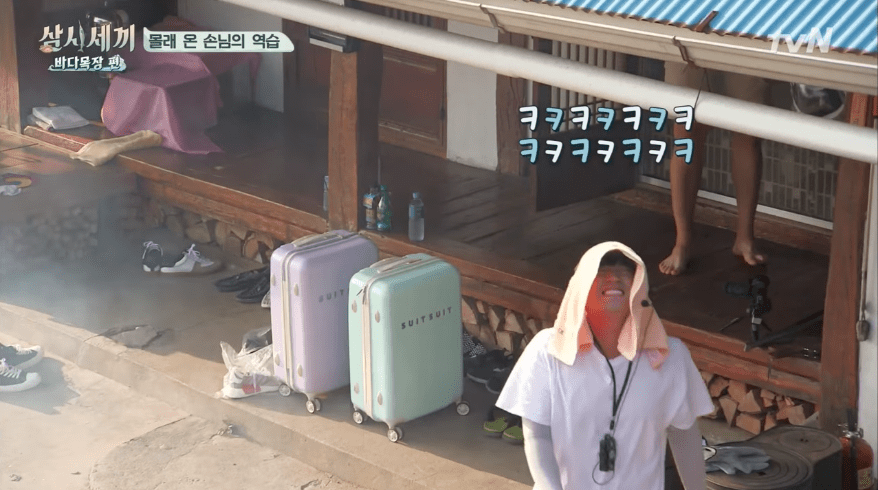 Watch: Shinhwa’s Andy And Minwoo Show How To Hide In Plain Sight On “Three Meals A Day”

As expected, Shinhwa’s Andy and Minwoo didn’t hesitate to prank their fellow member Eric when presented with the opportunity.

The two veteran idols were guests on the October 6 broadcast of tvN’s “Three Meals a Day,” which features a permanent cast of Lee Seo Jin, Shinhwa’s Eric, and Yoon Kyun Sang.

Andy and Minwoo arrived at their lodging ahead of the three regular members, and decided to play a prank, saying, “Don’t they think a female guest is coming today? Let’s hide.” After they staged their luggage, prepared food, and started a fire to make sure it seems like someone had arrived, the two Shinhwa members changed clothes to look exactly like film crew members, complete with comfortable slip-ons and towels to partially hide their faces. 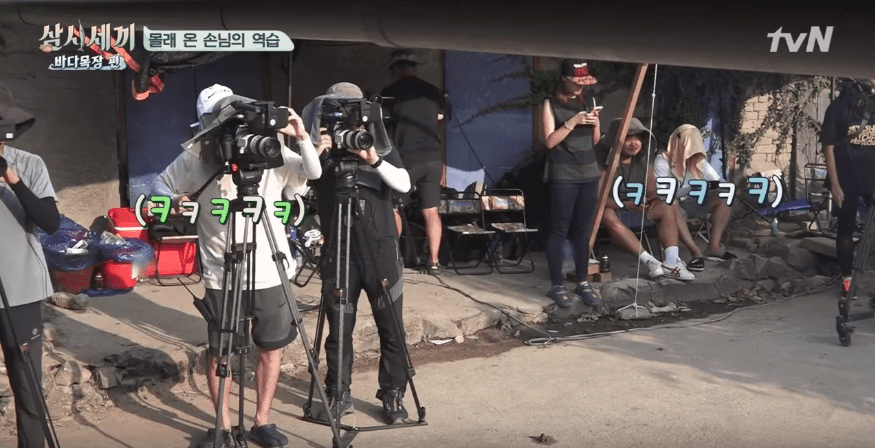 When Lee Seo Jin, Eric, and Yoon Kyun Sang finally appeared, they immediately realized that someone had arrived, but assumed it was a headstrong female guest like Han Ji Min again. Not aware that Minwoo and Andy were watching their every move just a few feet away, the three cast members began to search the entire house. 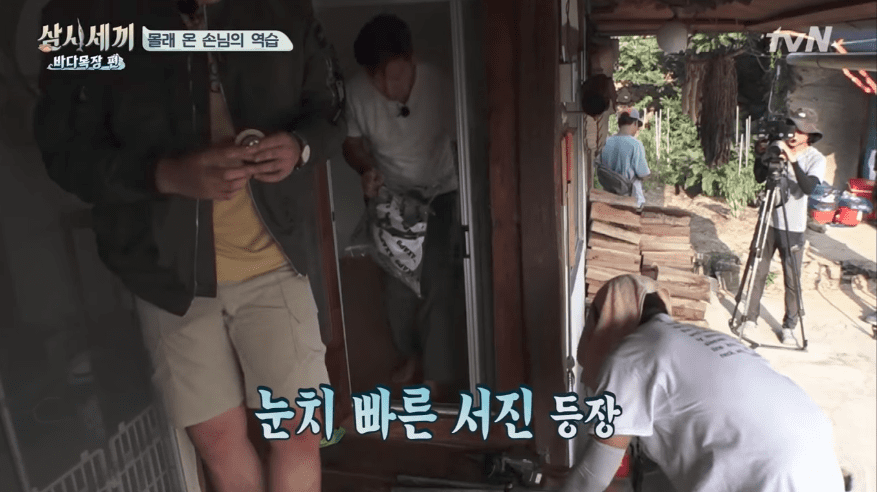 Lee Seo Jin caught on eventually, commenting, “Isn’t that [crew member] strange? The one moving around,” and even said, “He looks like Minwoo.” However, Eric refuted, “No, that’s a staff member.” Eric kept arguing that Lee Seo Jin was wrong, until he finally shouted, “Answer! [The guests are] Andy and Minwoo!”

Watch the hilarious prank play out below!

Three Meals a Day
Andy
Minwoo
Shinhwa
How does this article make you feel?