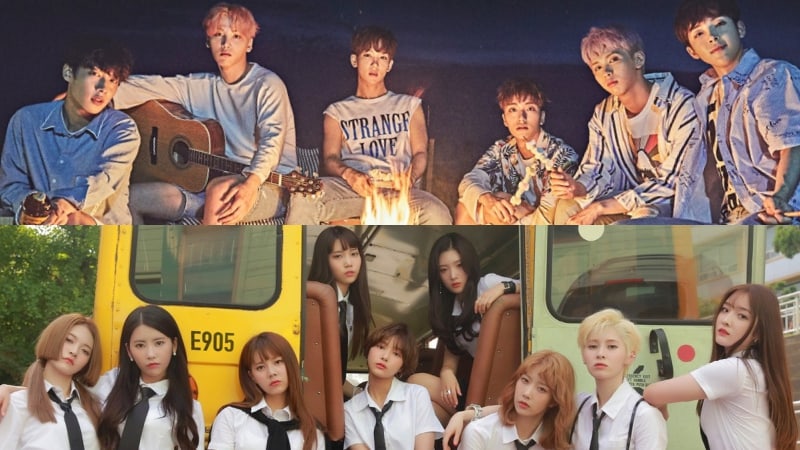 DIA and SNUPER have confirmed their attendance for the 2017 Asia Artist Awards!

The two groups will be part of the 20 artists, 20 actors, and 7,000 audience members at this year’s award ceremony held on November 11 at Jamsil Gymnasium.

DIA debuted in 2015 and gained many fans for their bright, vibrant concepts and performances. Currently, the girl group is preparing to make a comeback on October 12 with their repackaged album “Good Night” (literal title).

SNUPER also debuted in the year 2015. With the group’s average height at 180 centimeters (approximately 5 feet 9 inches), the group has great visuals and powerful performances, gaining popularity in Japan, Vietnam, and Taiwan.

The Asia Artist Awards presents awards based on big data analysis from fans in South Korea, Japan, China, Taiwan, Hong Kong, Singapore, Indonesia, Vietnam, Argentina, North America, and Europe. Voting for the Fan Choice Award, which is 100 percent based off of fan votes, is open from September 20 to October 10 on its official homepage.

Meanwhile, SEVENTEEN and Wanna One also confirmed they will be attending the awards ceremony. Stay tuned for more updates on this year’s Asia Artist Awards!

DIA
Snuper
2017 Asia Artist Awards
How does this article make you feel?