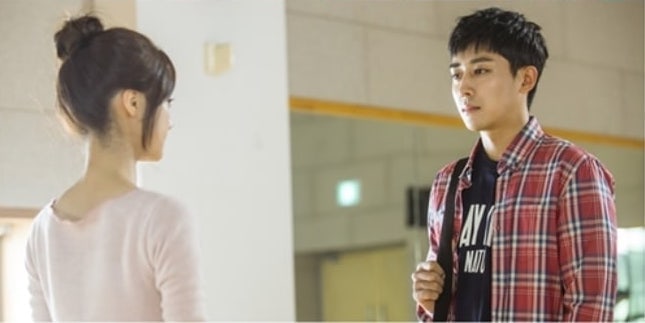 Son Ho Jun plays the role of Choi Ban Do, who is originally a 38-year-old businessman but travels back in time to his 20-year-old self.

In the released stills, Choi Ban Do meets his first love, Min Seo Young (played by Go Bo Gyeol), once again. He is no longer an exhausted, married man but a fit university student and he seems unable to take his eyes off her. Min Seo Young, a dance major, is tying her ballet shoes with her hair tied into a graceful bun.

Son Ho Jun is also seen walking towards Go Bo Gyeol without hesitation. He seems as if he’s trying to calm himself as he sticks his hands in his pockets and tries to act nonchalant.

One still shows Son Ho Jun and Go Bo Gyeol facing each other with Son Ho Jun’s face expression hinting at some hidden tension. The stills raise the question of how the duo’s second first meeting will turn out. 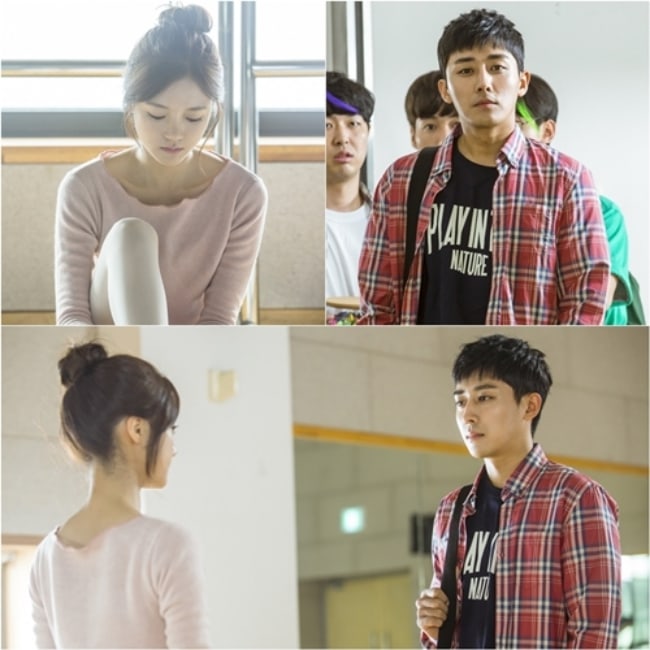 The production team of “Go Back Spouses” stated, “Son Ho Jun and Go Bo Gyeol put a lot of effort into expressing detailed emotions and acting with their eyes for the first meeting scene.” They also asked viewers to look forward to how the bittersweet story of Son Ho Jun’s first love will unfold.

“Go Back Spouses” is set to air its first episode on October 13.

Son Ho Jun
Go Bo Gyeol
Go Back Spouses
How does this article make you feel?