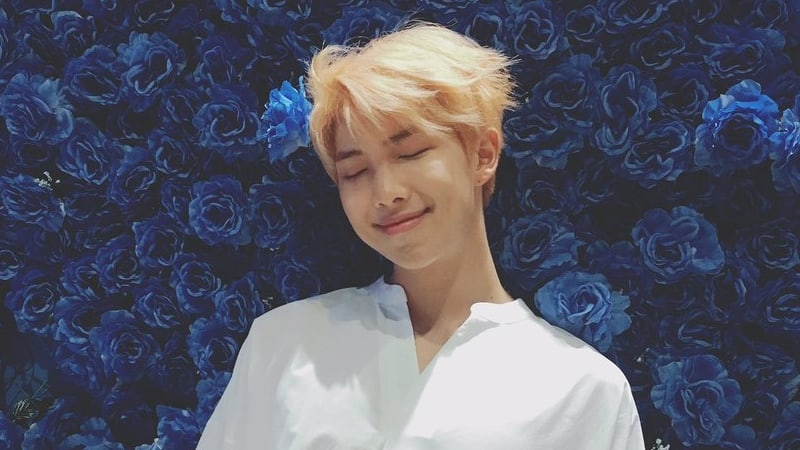 On October 7, BTS’s leader Rap Monster held a V Live broadcast titled “RM: Love Yourself ‘Her’ Behind,” where he talked about the songs on the album and behind-the-scenes stories during their production.

Rap Monster started talking about the hip hop track “MIC Drop” by bringing up a common concern from fans. He said, “In letters and in person, many fans ask me what they should do when people criticize or ridicule BTS for no reason.” Rap Monster responded, “I think as time goes by, I should listen to criticism carefully because no one is perfect…But people who criticize and ridicule for no reason? I think that’s unfortunate. There is so much good in the world. Life is too short to read and listen to those things. I think you should all just think of that as ‘MIC Drop.'”

The BTS member also shared the transformation of “MIC Drop” from a track filled with anger to swag. Rap Monster confessed, “When I was trying to write the lyrics to ‘MIC Drop,’ I took out all of the anger I had left in me, but it didn’t sound cool at all. It all just looked like I was [screaming nonsense]…it looked like me during ‘No More Dream.'”

He then opened up about himself during the promotions of “No More Dream” At the time, he thought certain facial expressions, gestures, and even his name would make him look stronger, but they didn’t. He admitted, “I thought if I wore sunglasses and did my hair a certain way, I would look more powerful. I kept thinking ‘I can’t lose’ but it only made me more tired, anxious, worrisome, and I couldn’t correct my mistakes. But now, I don’t have that much anger—thanks to all of you for telling me good things and making me into a better person.”

Rap Monster credited fellow rap line member and friend J-Hope for setting the direction of “MIC Drop.” He explained, “I didn’t get angry so when I first wrote MIC Drop, I couldn’t write a good rap verse. But J-Hope’s rap where he says ‘Yeah, who says my spoon is dirty? I don’t care, when I hold the mic, I have many gold spoons,’ Bang [Si Hyuk] PD heard this and said this is how we should progress with the rest of the track.”

The artist continued, “J-Hope’s lyrics and vibe were really what we wanted to say and after that, my lyrics came out really well. I wrote the bridge and it was really what I wanted to say. I have no more business with you and let’s not see each other again. People who live that way, live that way. Personally, I think J-Hope is the hero of ‘MIC Drop’ for his performance and for the one who gave the strongest shift in its idea.”

Meanwhile, Rap Monster had mentioned he was inspired by Barack Obama for the track “MIC Drop.”