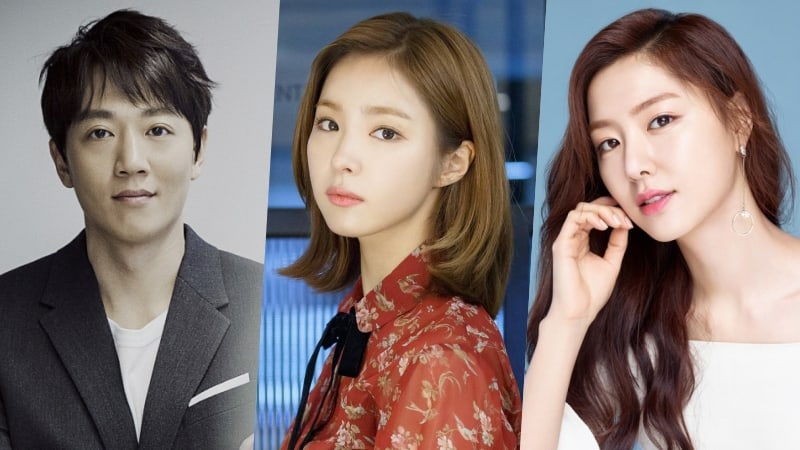 Their agencies revealed that they will be starring in “Black Night” (working title) and are attending the first script reading on October 8.

Kim Rae Won will play the role of Moon Soo Ho, a young, successful businessman who worked his way to the top. He has a very innocent and pure idea of love. Moon Soo Ho attended high school in the United States and majored in physics as an undergraduate student. Afterwards, he headed to medical school and transformed into a businessman. Although he can be blunt, he is often funny and gentle, giving his all once he falls in love.

Shin Se Kyung will be playing the role of Jung Hae Ra, an employee at a travel agency. She works in the flight and accommodation reservation department but has never been out of the country. As she has to support her unmarried aunt, she has always been struggling financially. As Jung Hae Ra is the bread winner of the family, she always had to be positive and bright. However, she starts reaching her limits living this kind of life.

Seo Ji Hye will be playing the role of Sharon, a designer at Sharon Boutique. Sharon is a beautiful but sad villain who hasn’t aged in the past 200 years. She has been living for a long time but is always caught up in her goals and doesn’t grow as a person.

KBS’s “Black Knight” is a fantasy romance drama that tells the story of a man who embraces his dangerous fate for a woman he loves. The first episode is scheduled to air in December.