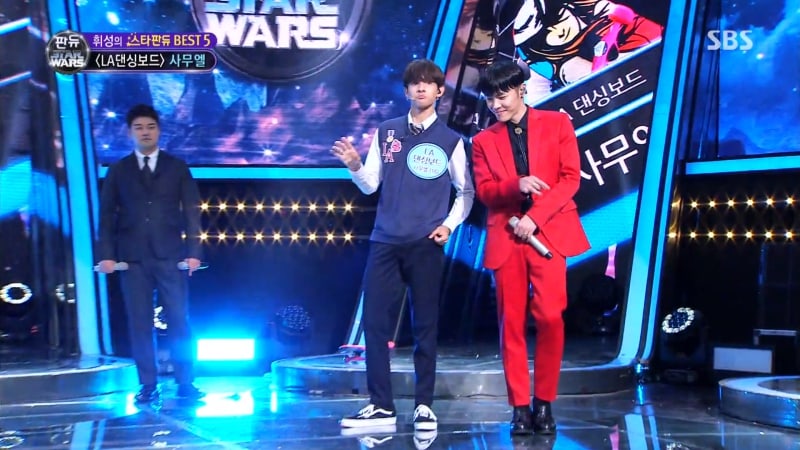 Watch: Samuel Impresses With His Performance Of Justin Bieber’s “Baby” On “Fantastic Duo 2”

Samuel was praised for his dancing after performing Justin Bieber’s “Baby” and Wheesung’s “Insomnia” on “Fantastic Duo 2.”

On the October 8 episode of “Fantastic Duo 2,” Samuel, GFRIEND’s Yuju, Teen Top’s Niel, Boom, and Hyun Jyu Ni appeared as challengers for a duet with Wheesung.

As one of the challengers, Samuel showed off his amazing skateboarding skills and revealed that he was a fan of Wheesung. Wheesung asked him full of curiosity, “When were you born? Do you know me?” Samuel answered he was born in 2002, the year Wheesung debuted.

Samuel then performed Justin Bieber’s “Baby” and Wheesung’s “Insomnia,” impressing many with his dancing. Even after singing and dancing to both songs, he didn’t seem tired at all. “I went to the dance school that Usher, Chris Brown, and Justin Bieber went to in the past. My dance teacher is now Justin Bieber’s backup dancer,” Samuel revealed.

Watch Samuel’s performance of “Baby” and “Insomnia” below!

Wheesung
Fantastic Duo 2
Samuel
How does this article make you feel?