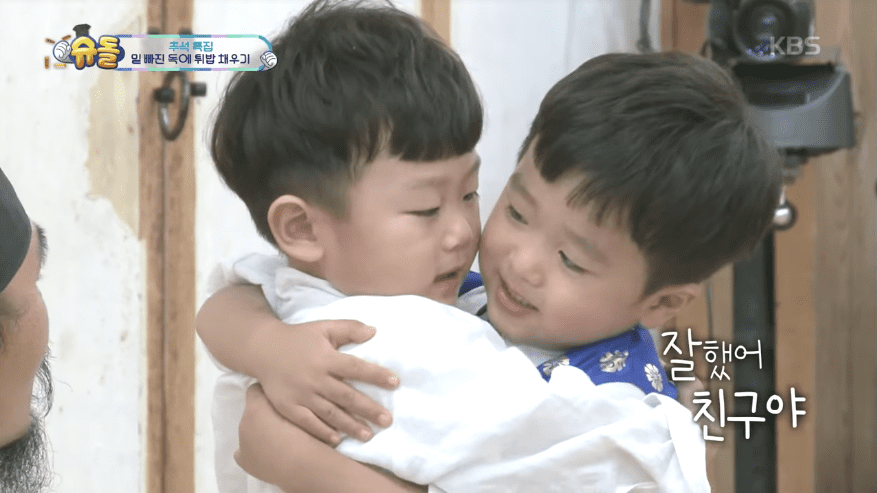 From the get go, same-aged friends Si An and Seungjae hit it off and showed what it means to work together despite their differences.

During the October 8 broadcast of KBS2’s “The Return of Superman,” all of the children made their way to a seodang, a traditional elementary school.

Having previously experienced how strict the instructor could be, Seo Eon, Seo Jun, Si An, Seol Ah, and Soo Ah were all nervous when he appeared. However, true to his personality, Seungjae ran up to the teacher and hugged his leg despite it being the first time Seungjae ever met him. Not even the least bit shy, he said to the instructor, “Grandfather, I love you.”

This was not the only contrast between Si An and Seungjae. While Si An was a model student, Seungjae acted more like the class clown. Despite their different personalities, the new friends displayed great chemistry when sent to carry out a task.

They were asked to deliver a framed photo as well as a pumpkin. When Si An felt like giving up because of how heavy the pumpkin was, Seungjae encouraged, “Don’t give up friend,” and helped him successfully roll the pumpkin the rest of the way. 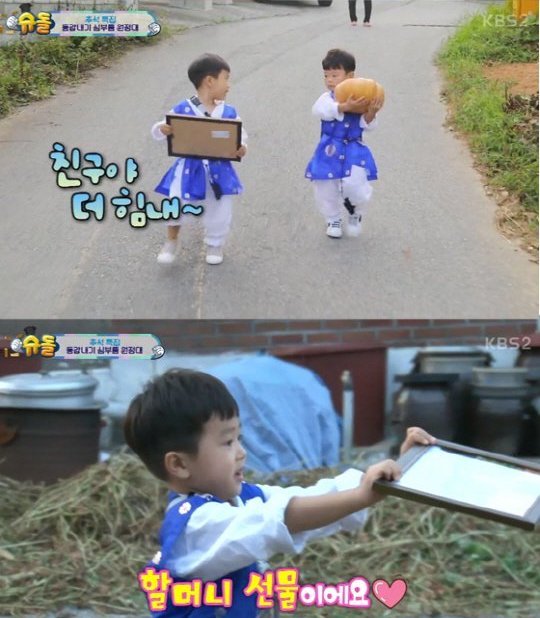 Si An and Seungjae were also secretly tested on their problem solving skills, and were asked to fill a large clay jar with puffed rice. Unbeknownst to them, the jar had a pre-cut hole that would prevent them from completing the task. Although Seungjae was distracted at times, too busy eating the puffed rice, he and Si An tried to find a solution while thinking outloud. 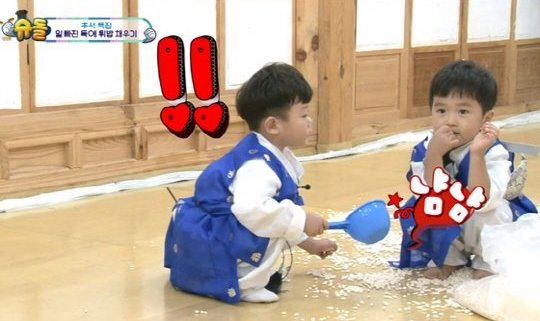 While their unsuccessful answer ended up being Si An hugging the jar, they showed how loyal they were to each other, when they confidently explained to the instructor how they had worked together.