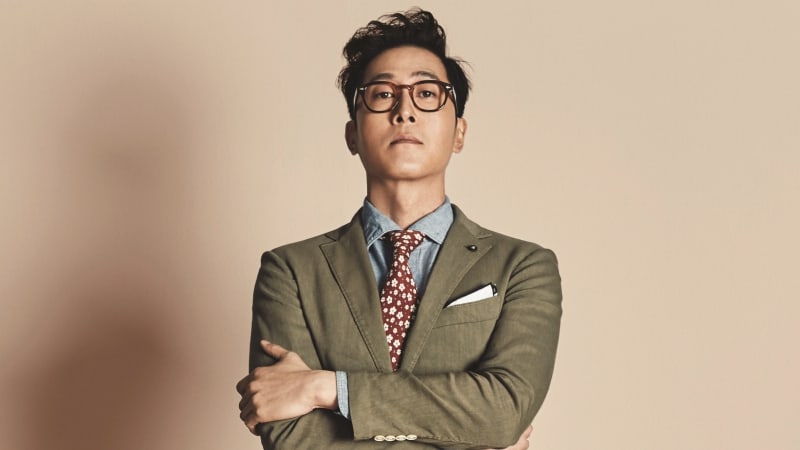 Kim Joo Hyuk recently wrapped up filming for the tvN drama “Argon,” where he played the role of a news anchor who only reports on the facts. The actor participated in an interview where he shared his thoughts on “Argon,” acting, and his future.

The actor credited the success of the drama to the production staff and director. He described the set while filming as “almost perfect” for the great communication and coordination in opinions, which led to good communication from the drama to its viewers.

The drama was well-received, and Kim Joo Hyuk said, “After a project wraps, I usually receive a lot of texts and calls. This time, a lot of messages I got were ones saying that [‘Argon’] was a really good drama.” He continued, “As an actor, there is no better compliment than being told that your drama was good and made someone think a lot. The drama may not have a huge impact on changing the world, but it’s still great that the message got across.”

Kim Joo Hyuk also talked about noticing a change within himself. He explained, “I don’t know if it’s because I got older, but scripts look different to me. In the past, they just seemed like words, but now those words hold a different meaning.”

He also credited “2 Days & 1 Night” with his latest success on “Argon” as well. The actor commented, “I think appearing on a variety show helped me a lot. It allowed me to let go and act comfortably,” and added that he liked his nickname “Gutaengie Hyung.”

Kim Joo Hyuk finalized the interview by stating, “Short films and low-budget films are all okay with me. I want to do fun roles instead of roles just for appearance’s sake. I will return with a good project.”

Kim Joo Hyuk
ARGON
How does this article make you feel?