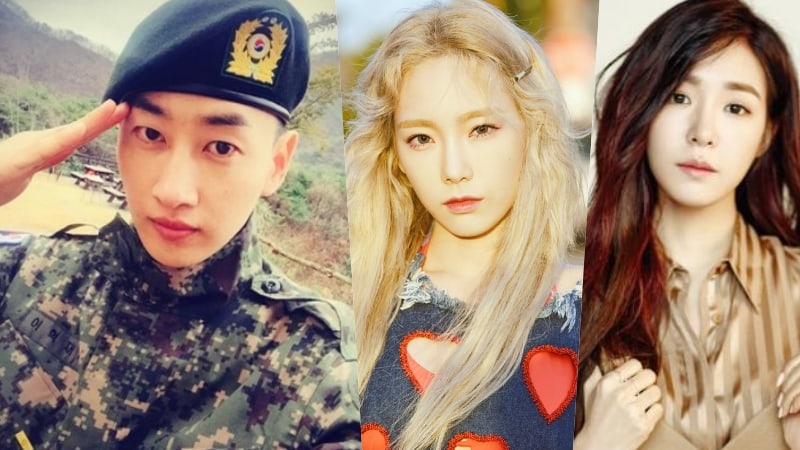 On October 9, the first episode of “SJ Returns” aired on Naver V Live. The new show follows the Super Junior members during the 120 days leading up to their comeback.

During the first episode, the other active Super Junior members attended Eunhyuk’s military discharge ceremony. In the car on their way to Seoul, Leeteuk asked Eunhyuk to share some funny moments from during his time in the military.

Eunhyuk revealed, “This happened at the training site. There was a reason I received platoon leader training at the training center. I had a video call with Girls’ Generation’s Taeyeon and Tiffany. There was a huge uproar.” He hilariously yet sincerely stared at the camera directly and said, “I’d like to take this time to once again thank Taeyeon and Tiffany. It felt like they were goddesses at the time.” 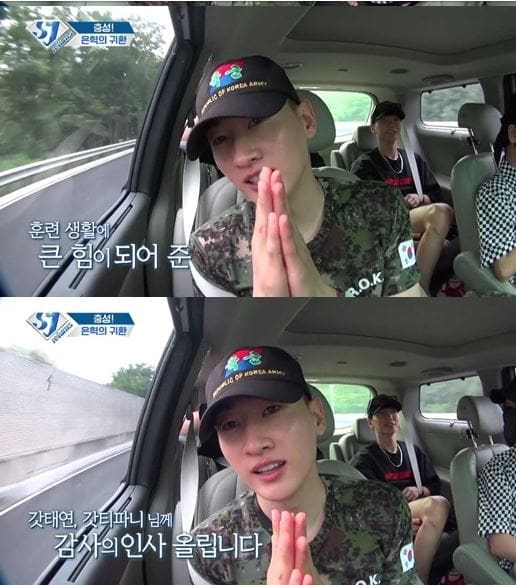