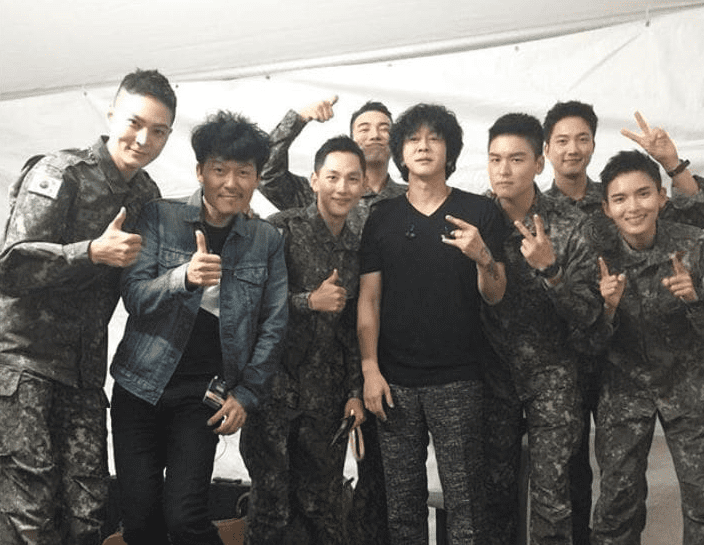 On October 8, Yoon Do Hyun uploaded a photo on his personal Instagram, featuring various celebrities currently enlisted in the army, who participated in “Armed Forces Festival 2017.”

In the caption, he wrote, “Good looking officer men and actual old men. To officer Im Siwan, who loves ‘The Sound of Rain’ and whom I met for the first time, I almost saluted! Haha to be honest, I saw almost all of them for the first time, but they look awesome in their army uniforms, which is hard to do. Good luck!”