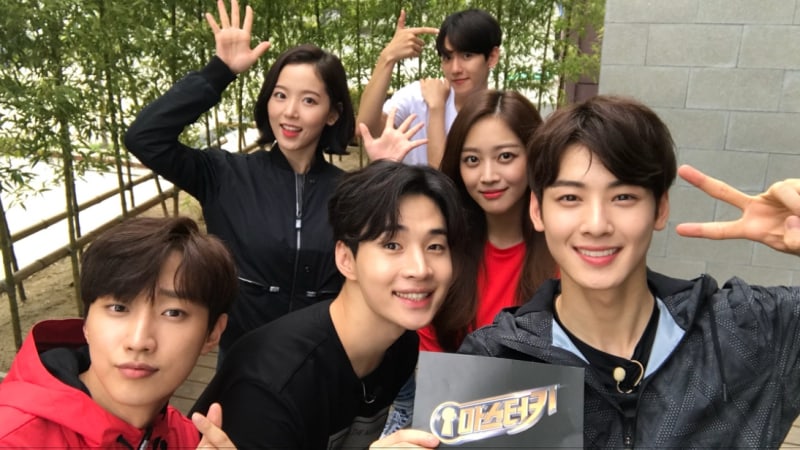 SBS’s upcoming variety show “Master Key” has released selfies of its “players” for the first episode.

Along with the pictures, they wrote, “I can’t believe there’re still five days until the first episode! For those of you who’re dizzy [with impatience], we’re releasing the selfies of the cast together after the first recording for the first time!” They added that they unfortunately couldn’t take pictures with Wanna One’s Kang Daniel and Ong Sung Woo.

“Master Key” is a variety game show where the cast play a series of psychologically intense games to find the owner of the “master key.” The cast of 12 celebrities for the first round will challenge themselves as they try out games they’ve never seen before.