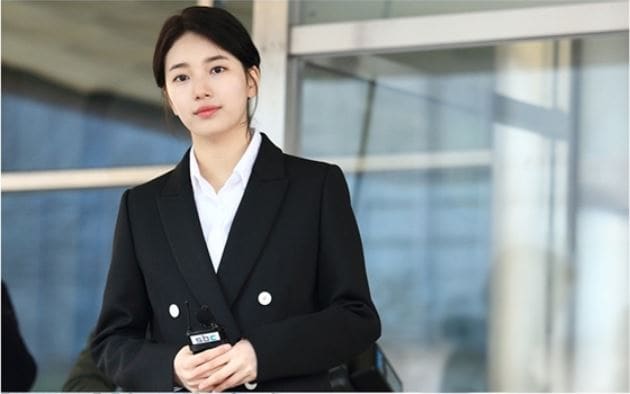 “While You Were Sleeping” Reveals Stills Of Suzy’s Past

SBS’s Wednesday-Thursday drama “While You Were Sleeping” has released new tills of Suzy as a reporter. The drama is about Hong Joo (played by Suzy), who has the ability to see unfortunate events in her dreams and prosecutor Jung Jae Chan (played by Lee Jong Suk) who does everything in his power to stop those events.

On October 10, the drama released stills of Hong Joo, played by Suzy, working in a past career.

Currently unemployed Hong Joo, who has been helping out at her mother’s restaurant, was formerly a reporter for broadcasting station SBC. As Hong Joo did not know Jae Chan’s phone number and kept getting lost, she offered her business card and stated she was taking a break from work. Her business card revealed that she was formerly a SBC newsroom reporter.

In the released stills, Hong Joo looks serious dressed in formal attire holding a mic as she prepares to report a segment. Her previously long hair, cut short in the present by herself, is tied back sleekly. She is also seen struggling with a police officer as she proffers her mic to ask questions. 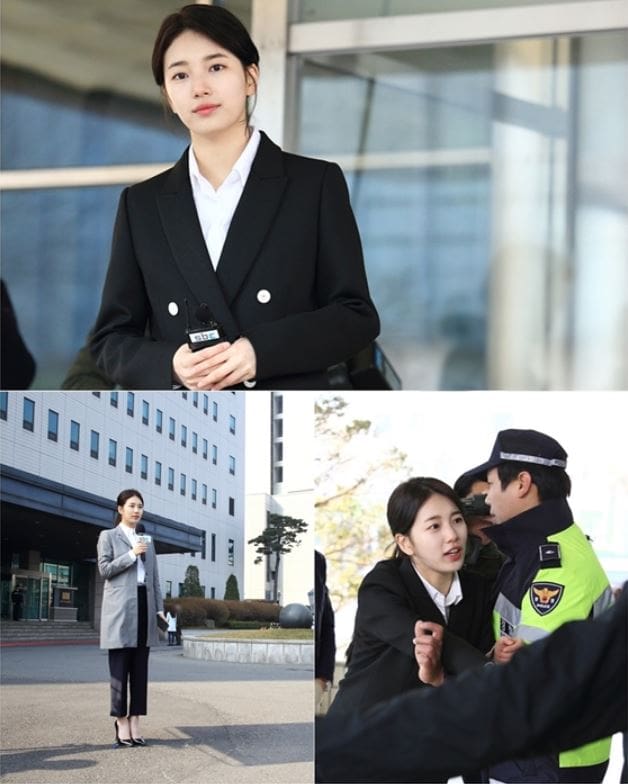 In the previews for episode 9-10, a few things about Hong Joo’s former life as a reporter were shown. Thanks to chief prosecutor Park Dae Young (played by Lee Ki Young), Hong Joo was a successful local reporter known to be a tough cookie. It was also revealed that Hong Joo dreamt that she was going to die as a reporter, and viewers were able to see that she struggled between choosing to be reinstated and stepping down.

In the second pair of stills, the now short haired Hong Joo wears a red apron from her mother’s restaurant, as she gazes forlornly off into the distance. 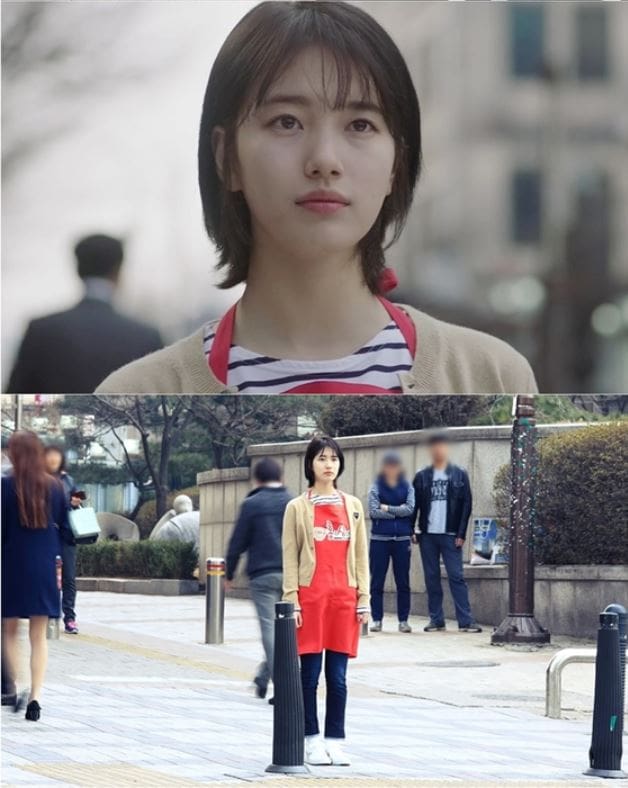 A source from the drama stated, “After revealing Hong Joo’s past career last week, this week’s episodes will show her unfortunate situation and how she had no choice to stop working, and will show how she is living a much different life.”