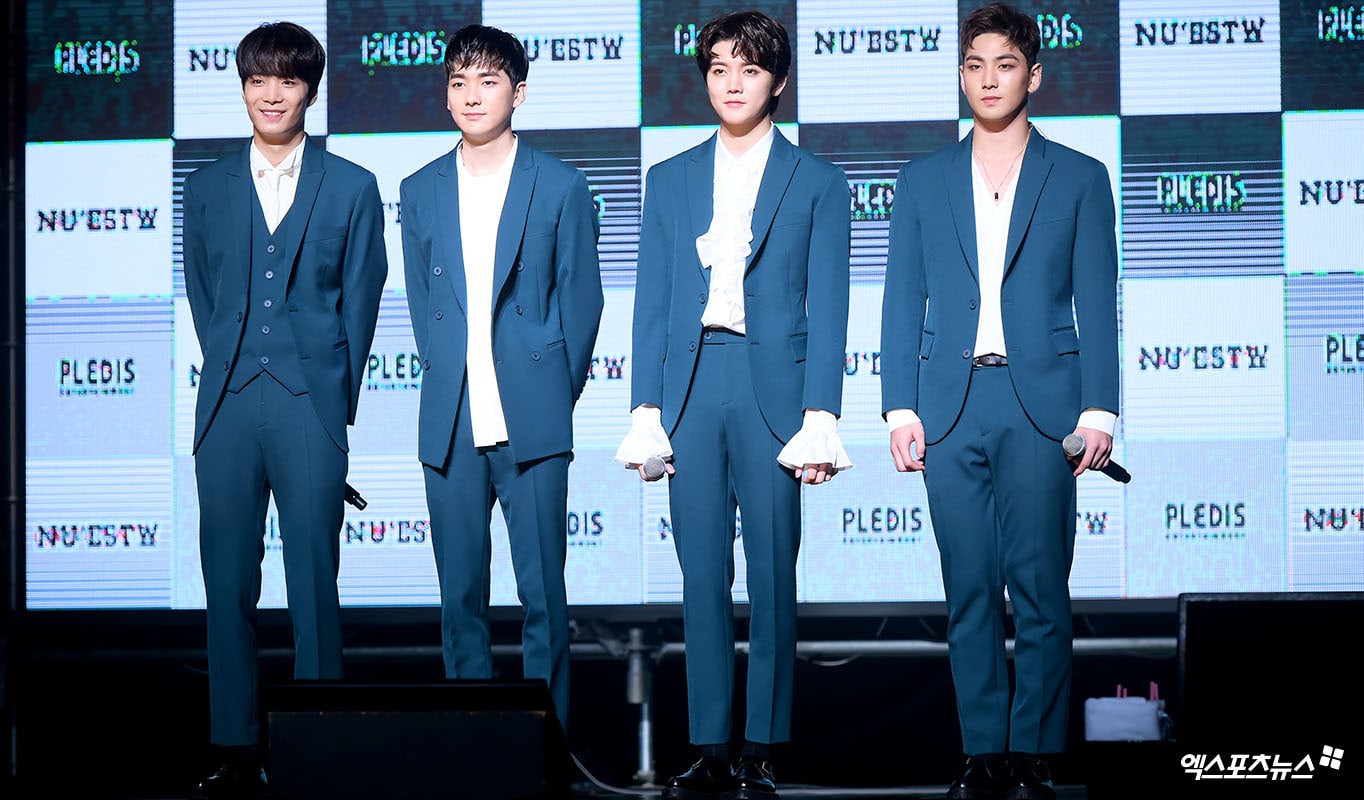 On October 10, NU’EST W held a showcase for their new album “W, HERE.”

The group is currently promoting as NU’EST W while Hwang Min Hyun promotes with Wanna One. Although they released digital single “If You” in July, this is their first official comeback with four members.

JR commented, “It’s our first time as four members, so as nervous as we are, we put in that much more thought into it.” He added, “I think our direction this time will showcase each member’s individual voice, expressions, and charms.”

JR also shared his excitement for the release as the members put in their all to create a great album.

Regarding Hwang Min Hyun, he revealed, “We always say the same things with Hwang Min Hyun. We cheer each other on to work hard and do our best in our own positions. Min Hyun also listened to songs from our new album and said they’re really good.”

NU'EST
Minhyun
NU'EST W
How does this article make you feel?