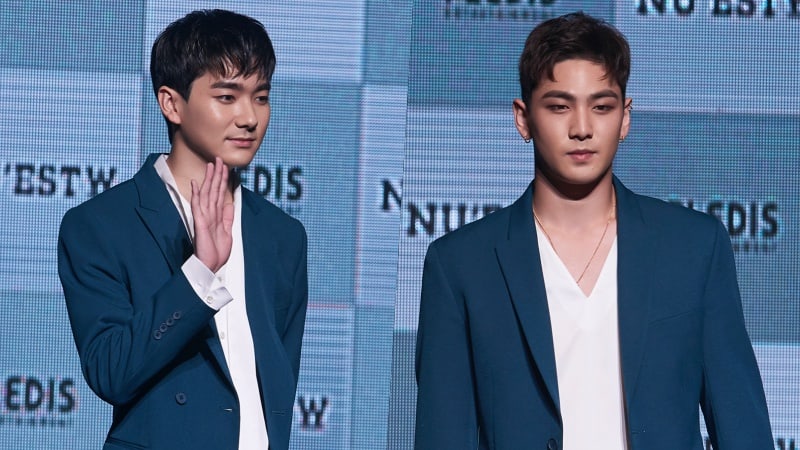 NU’EST W held their comeback showcase on October 10 to celebrate the release of their album “W,HERE.” While talking about their experience creating the album, Baekho and Aron shared interesting stories about the title track and its music video.

Baekho also revealed that he initially struggled with his scenes for the music video for “Where You At” because he had to film underwater. Saying that it was harder than he had initially thought it would be, Baekho explained, “At first, I thought I could do it. But the water was five meters deep, and I learned that the human body doesn’t sink in water as easily as you think it will. I had to tie weights to myself to get the perfect shot. To be honest, I was so nervous that I couldn’t even monitor my work while filming. I only saw the scene when I watched the finished music video, and I was happy with how it turned out.” 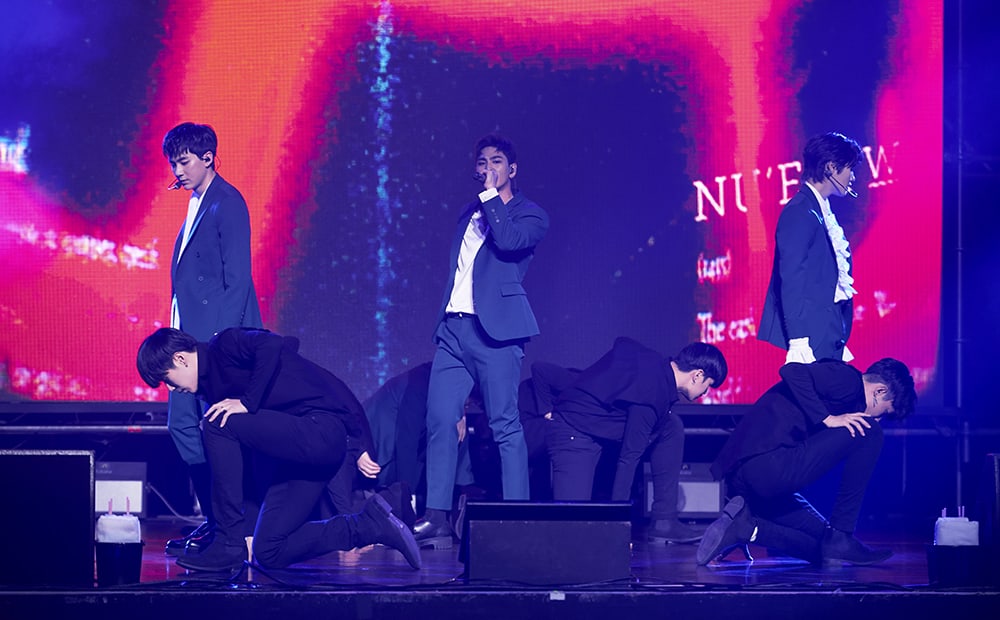 Aron also had his own story to tell about his scenes for the music video as he said, “For my scenes, I had to film at an old, deserted hospital in Yongsan. That alone was quite scary. I was taking a break when the staff started joking, ‘What if something made a weird sound right now?’ All of a sudden, I heard the sound of a foghorn. I told the staff to cut it out, but they told me it wasn’t them. We heard the sound again, and it scared us all.”

When the MC commented, “They say in the movie industry that if you see a ghost on your set, your movie will be a huge hit,” Aron replied back, “It’s a shame that I unfortunately didn’t see a ghost. I only heard one.” 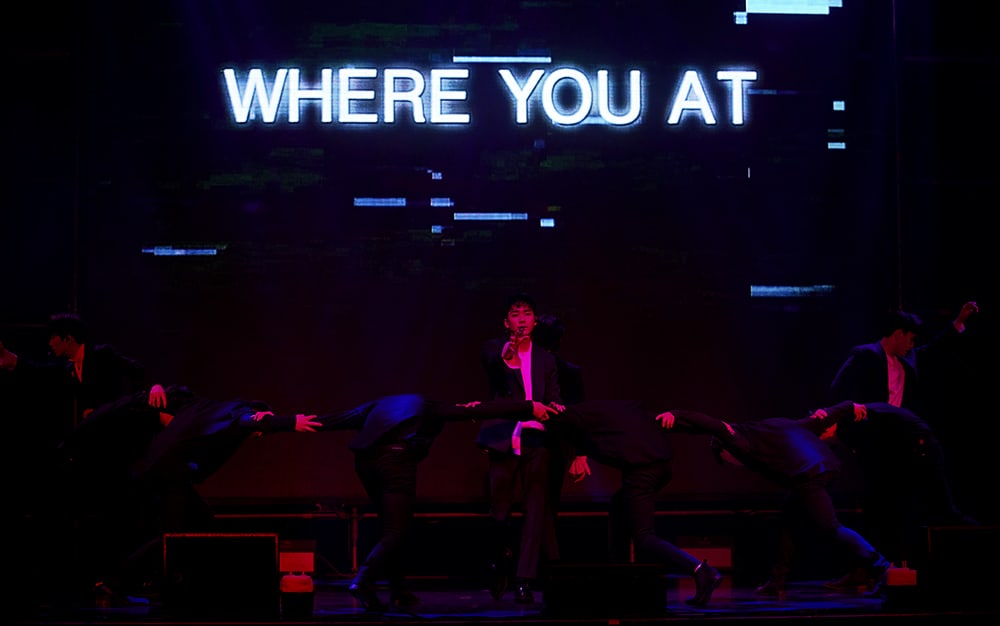 Check out the end results of NU’EST W’s hard work in the music video for their new title track “Where You At”! Also check out what NU’EST W have to say about their growing popularity and goals for their comeback, as well as how the members feel about making their first comeback without Minhyun.

NU'EST
Baekho
Aron
NU'EST W
How does this article make you feel?