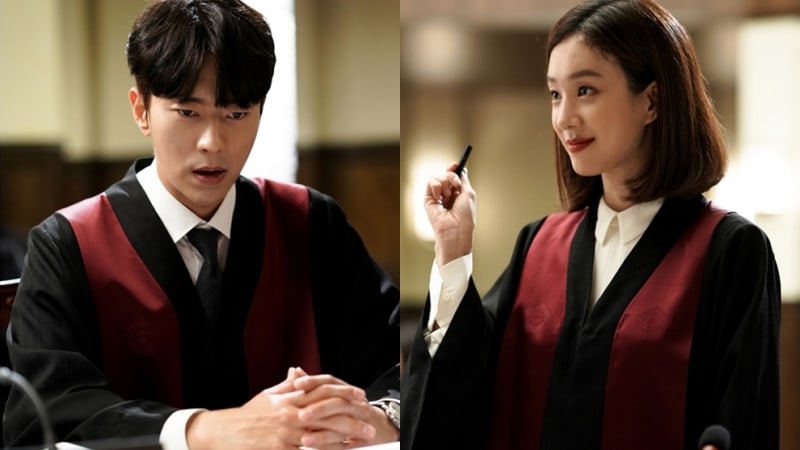 KBS has released two sets of stills to preview the second episode of its newest drama “Witch’s Court.”

In the stills, Ma Ee Deum (Jung Ryeo Won) and Yeo Jin Wook (Yoon Hyun Min) work on their first cooperative investigation together as a part of the Department of Crimes Against Women and Children. Their first case is a sexual assault case involving a professor and an assistant. Ma Ee Deum is focused on listening to the assistant’s story and has a team meeting to discuss the case with her co-workers. 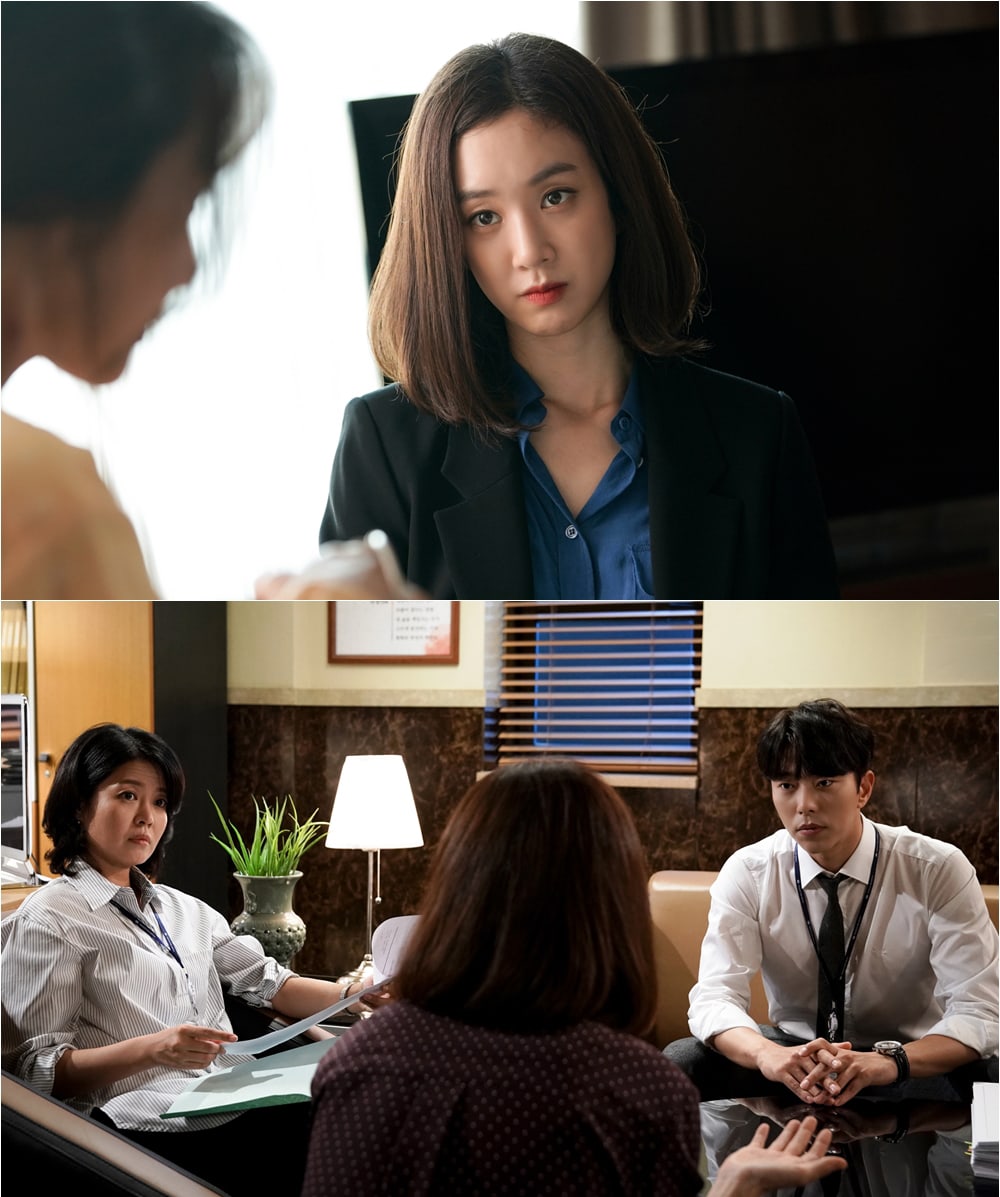 The second set of stills shows Ma Ee Deum and Yeo Jin Wook dressed in prosecutor attire in the courtroom. Ma Ee Deum, the head investigator, is smiling and holding an object in her hand, while Yeo Jin Wook, the secondary investigator, has an angry expression on his face.

They also engage in a fierce court debate with lawyer Kim Min Seo. Since the two characters have vastly different personalities, viewers are anticipating how the duo will carry out investigations individually and together for the first time. 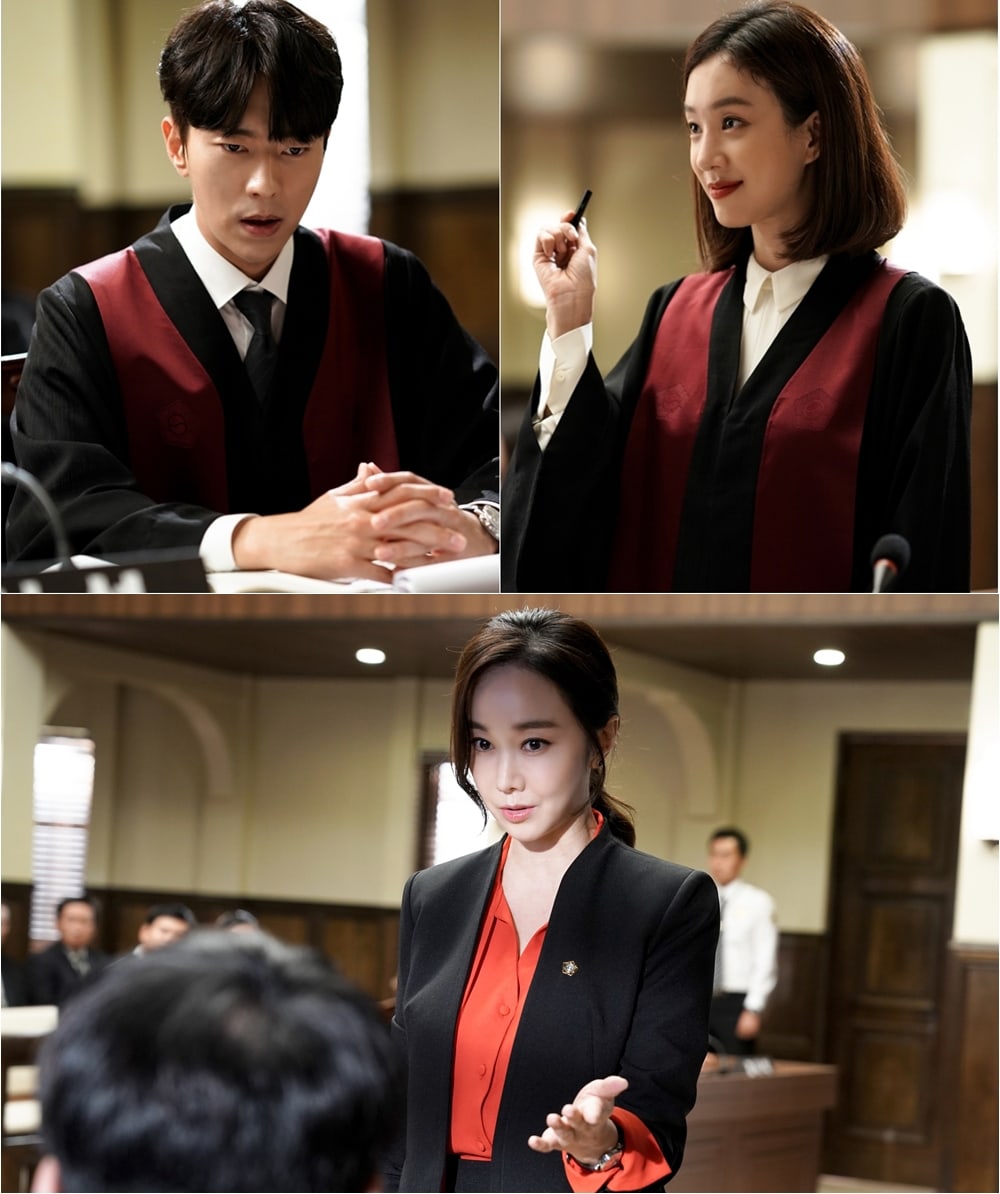 The previous night’s premiere of “Witch’s Court” showed Ma Ee Deum and Yeo Jin Wook’s unexpected reunion in front of their new office as co-workers. The second episode will reveal the details of the professor-assistant sexual assault case and its conclusion.