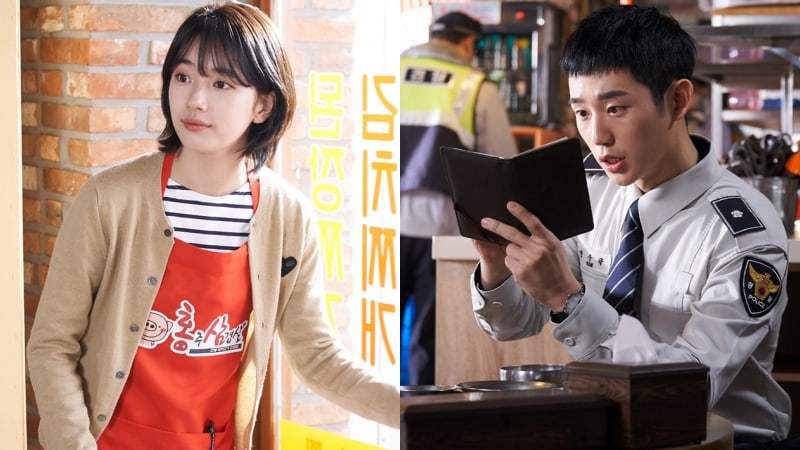 SBS has released stills previewing the upcoming ninth and tenth episodes of its newest Wednesday-Thursday drama “While You Were Sleeping.”

In the stills, Han Woo Tak (Jung Hae In) shows up at Nam Hong Joo’s (Suzy) restaurant once again and shows her his notebook. In his notebook, Han Woo Tak has been chronicling details of this and that since finding out that Jung Jae Chan (Lee Jong Suk) and Nam Hong Joo are also able to see the future in their dreams.

Since then, Han Woo Tak has been writing down common traits between him, Nam Hong Joo, and Jung Jae Chan in his notebook. Last episode, he circled “good-looking men and woman” and smiled. However, he’s not the only one secretly writing things down in his notebook. Nam Hong Joo’s mom Yoon Moon Sun (Hwang Young Hee) has been comparing points between him and Jung Jae Chan to see who is more qualified to become her daughter’s suitor.

A source from the drama said, “Inside of Han Woo Tak’s notebook, there are clues. Please look forward to what is inside of the notebook which he will reveal to Nam Hong Joo for the very first time.” 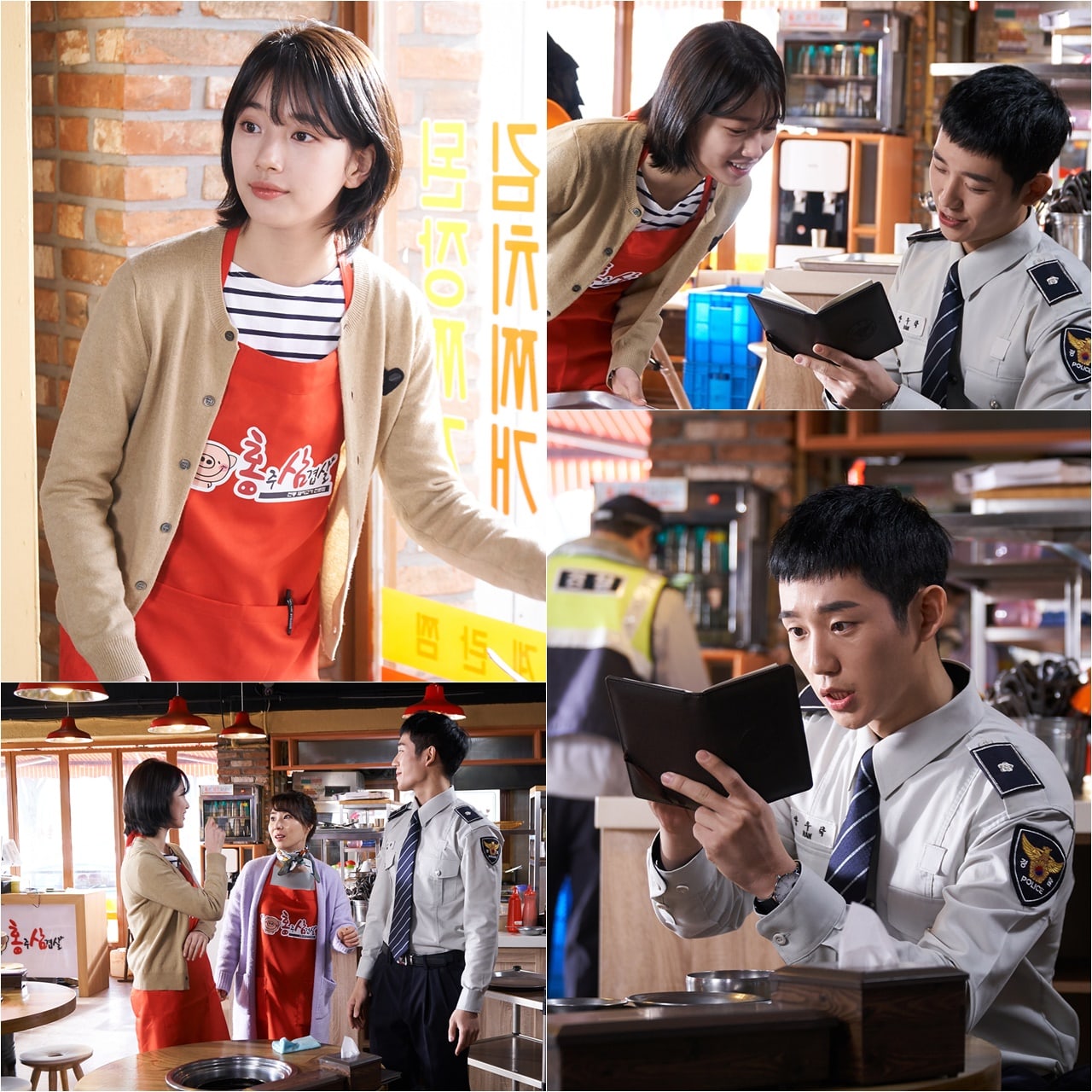 “While You Were Sleeping” airs on Wednesdays and Thursdays at 10 p.m. KST. Watch the first episode below!

Suzy
Jung Hae In
While You Were Sleeping
How does this article make you feel?