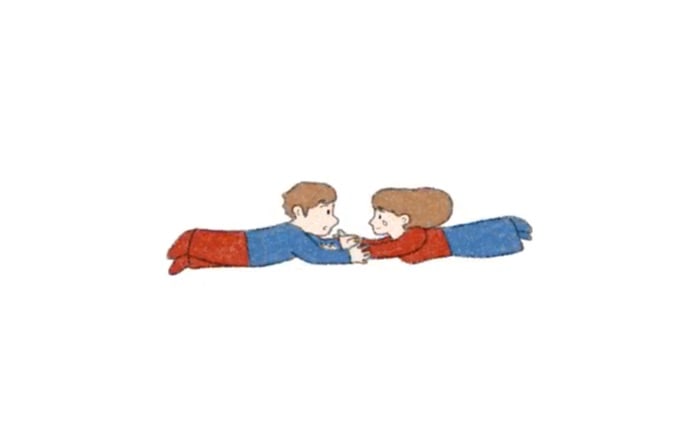 Epik High has released another MV teaser ahead of their comeback on October 23. This time it’s a teaser for their collaboration with IU!

The song is titled “Love Story” (literal translation) and it appears as though it will center around a breakup as the teaser shows a couple parting ways.

Epik High is gearing up for their comeback on October 23 and they’ve released a short teaser video for their collaboration with Oh Hyuk from the band Hyukoh!

Their song together is titled “Empty Car” (literal title) and the short snippet we hear have the lyrics “I have a long way to go.”

Epik High has released the rest of the names for their artist lineup! On October 18, the trio revealed that Simon Dominic, Lee Hi, WINNER’s Song Mino, and The Quiett would also be featuring on their upcoming album. 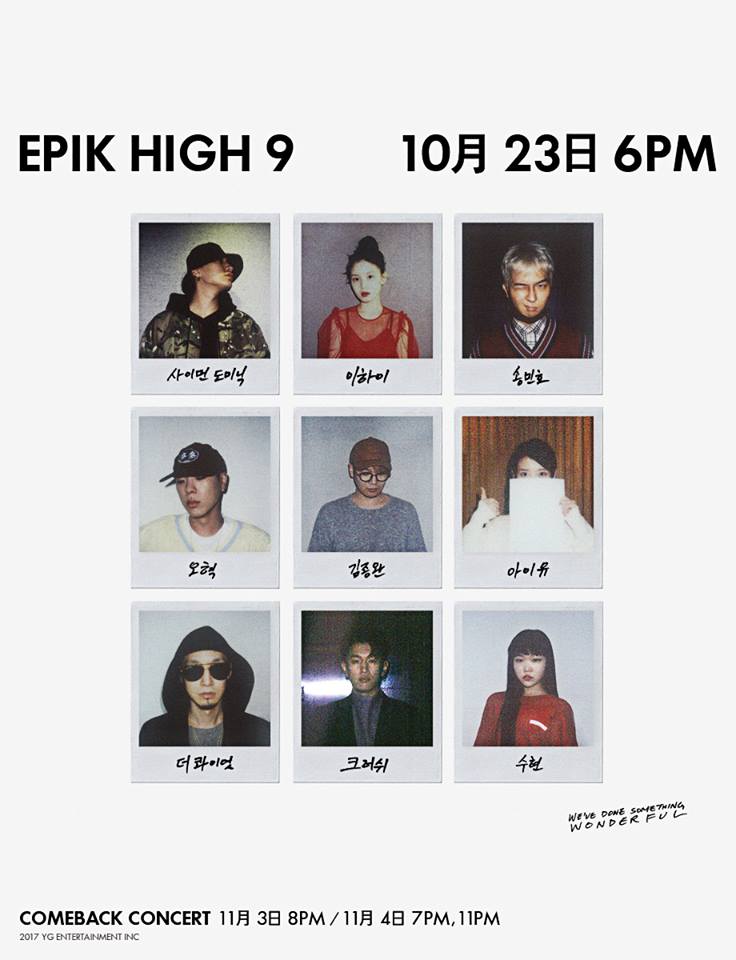 Epik High’s Tablo has shared that the song featuring Hyukoh’s Oh Hyuk on their new album is titled “Home Is Far Away”!

After hinting at their artist lineup, Epik High has revealed some of the names of artists who will be featuring in their upcoming album through a new teaser image! 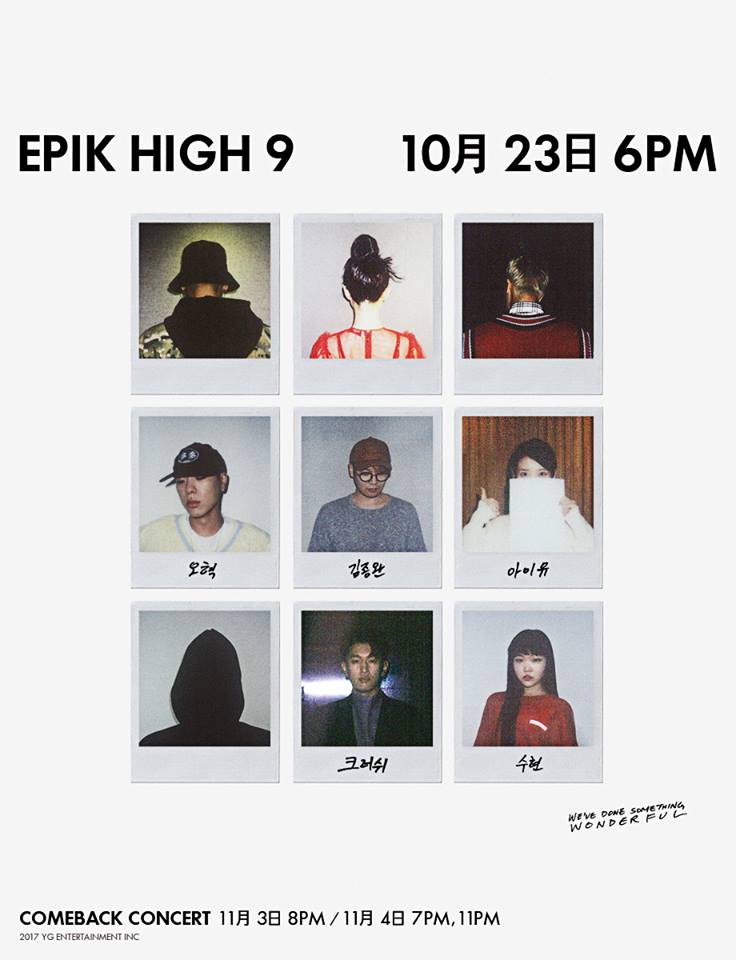 Epik High has shared some more news about their upcoming album!

Tablo has updated the calendar that he previously posted with some new details about the group’s upcoming album “We’ve Done Something Wonderful.” The calendar reveals that there will be double title tracks on the album.

Tablo also shared a poster with polaroids of the featuring artist lineup for their album, with all of their faces turned away from the camera except for IU. It was previously announced that IU would be featuring on their album, and she appears briefly in their comeback film.

At 10 p.m. KST, Tablo also revealed that their track featuring the songstress will be entitled “Love Story.”

After releasing an image of their comeback schedule, Epik High has also unveiled a lyrics poster for their new track “We’ve Done Something Wonderful.” The poster contains some of the lyrics from the song, with phrases like “Why am I like this, why am I living like this?” “It’s covered in blood, but we’ve done something wonderful,” and “Retirement, disbandment, every year these words are in my throat.”

On October 10, Epik High’s Tablo uploaded a photo of a calendar marked with details about the lead-up to the group’s upcoming ninth album.

A note has been written at the very top of the calendar that reads, “Epik High 9th album, October 23, 6 p.m.” The days October 1 to October 9 have been marked off for “mix, master, album art” along with “digital track mastering” on October 9 and “CD version mastering (Sterling)” on October 10.

According to the calendar, Epik High is practicing for their concert on October 10 and onwards, and also filming their MV from October 11 to October 13. The calendar reads “Featuring line up 1” for October 16, as well as “Feat. 2” and “Feat. 3” on the next two days.

Their new album’s track list and album art are due out on October 19. On October 20, “Documentary clip ver. 2” will be released, which may be a second part of their previously-released comeback film.

The entry for October 22 reads “Zoo” followed by another list item with three question marks.

Their new album “We’ve Done Something Wonderful” will be released on October 23 at 6 p.m. KST, and the calendar includes a mention of an after party in the neighborhood of Munbae.

The days from October 24 to November 2 are marked as practice for their November 3 and November 4 comeback concerts at Blue Square.

Stay tuned for more details on the group’s long-awaited comeback!