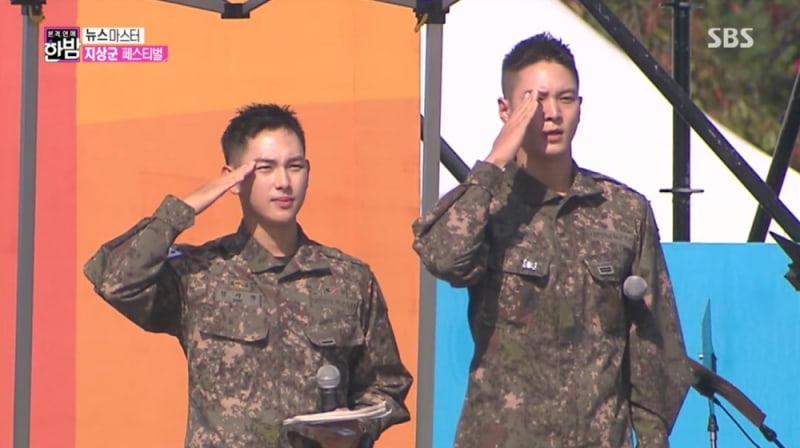 The October 10 broadcast of SBS’s “Night of Real Entertainment” aired footage of male celebrities, currently enlisted in the army, who had the chance to appear back on stage.

Actors Im Siwan and Joo Won were MCs of the “Armed Forces Festival 2017.” Later, Super Junior’s Ryeowook, Lee Jang Woo, Do Sang Woo, and Gun Il joined them on stage to perform the songs “Don’t Worry” and “One Candle.” 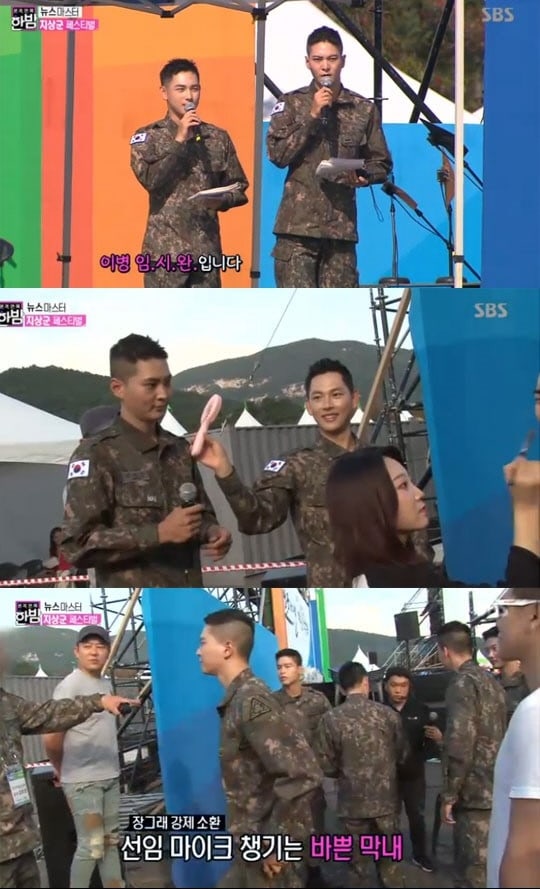 Behind the stage, Im Siwan was seen running around taking care of his seniors, which made him resemble kind and thoughtful Jang Geu Rae from “Incomplete Life” rather than fierce, charismatic Wang Won from “The King Loves.”

Watch a clip of the celebrity soldiers below!