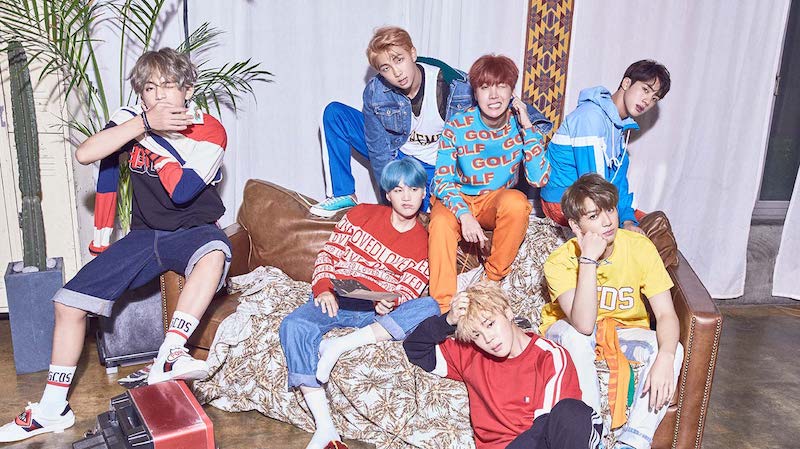 BTS’s new song “DNA” jumped 10 spots to become our new No. 1 song this week! This is the title song of BTS’ fifth mini-album “LOVE YOURSELF: Her,” and is an electronic pop-style hip hop track with whistling sounds and an acoustic guitar melody. The lyrics are about a story of a young love. “DNA” won all the music shows last week, and easily rose from the rest of the competition. Congratulations to BTS!

Moving back up two spots to No. 2 is Wanna One’s “Energetic.” Rounding out an all male top three this week is EXO’s “Power,” down one spot to No. 3.

We have two other new songs in the top 10 this week. Up 12 spots to No. 9 is SECHSKIES’ “Something Special.” This is one of the two title songs from SECHSKIES’s fifth studio album “ANOTHER LIGHT.” Even though SECHSKIES has reunited last year and released their 20th Anniversary Special Album earlier this year, “ANOTHER LIGHT” is considered to be their first studio album in 18 years. “Something Special” is a ballad with a light hip hop and reggae sound. It is a happy love song about a couple who sees each other as something special.

Moving up three spots to No. 10 is IU’s “Sleepless Rainy Night.” This is the title song from IU’s second remake mini-album. The original song comes from legendary Kim Gun Mo’s first album back in 1992. IU was very impressed with this song and had wanted to remake it for a while. She almost put this song into her “Palette” album released earlier this year.