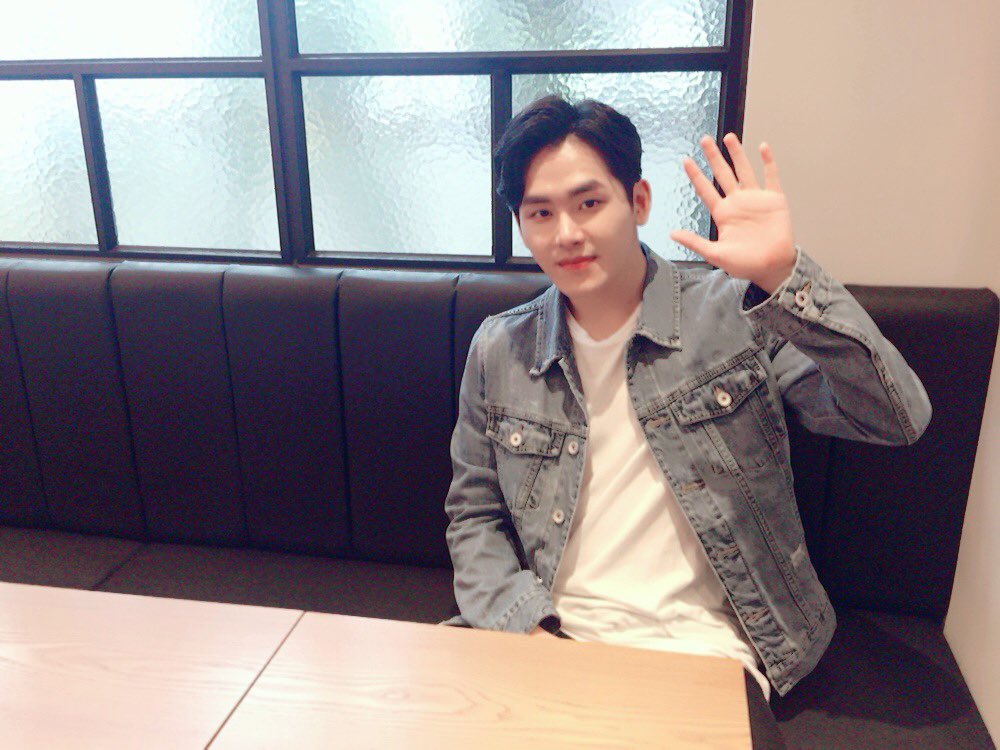 A new official Twitter has been created for Hoya ahead of his upcoming solo music release.

On October 11, a photo of Hoya waving was posted to his brand new Twitter.

The caption first reads in English, “I say HO! You say YA!” It goes on to say in Korean, “The official twitter of Lee Ho Won (Hoya) has opened. We will be letting you know about a variety of different news and information in the future, so please show a lot of interest and love.”

Hoya left INFINITE and Woollim Entertainment this August and has now moved to a new agency. He recently held his first live broadcast after his departure to catch up with fans, and said he is working on an album with the goal of releasing it this year.