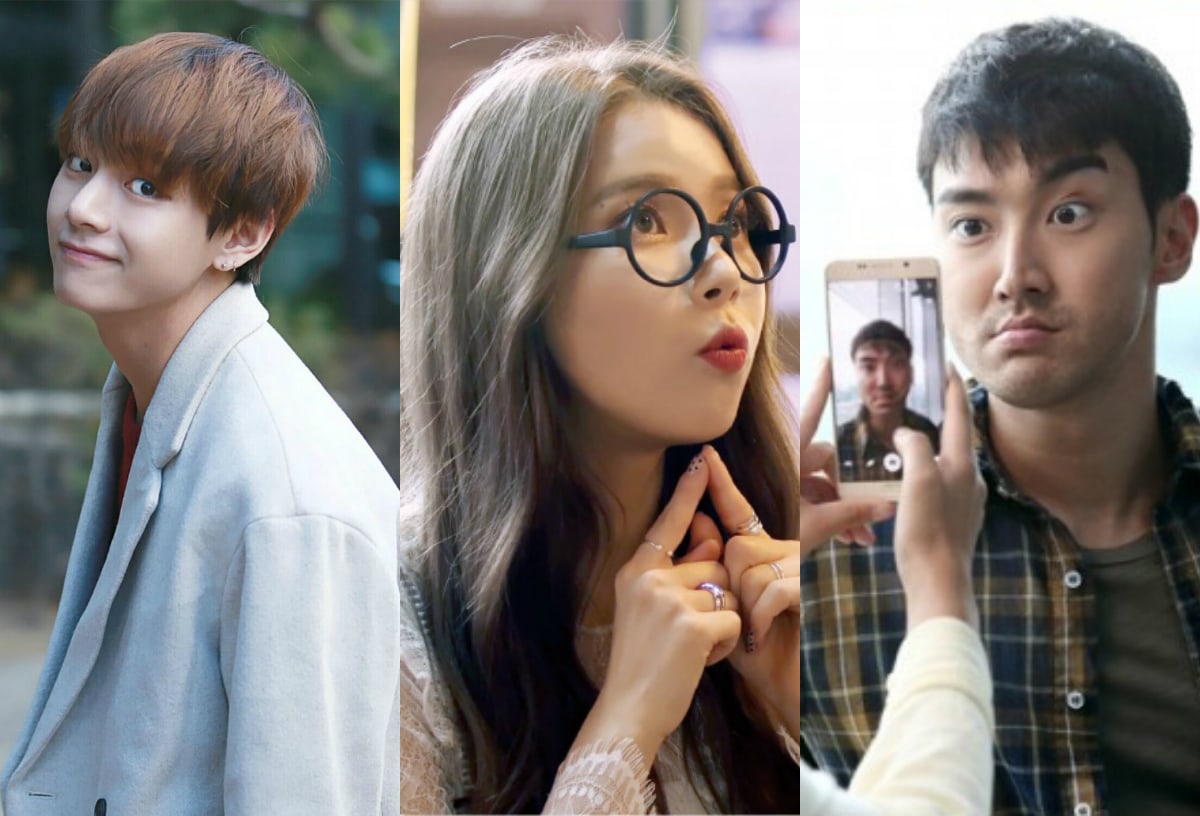 Express Yo Self: 8 K-Pop Stars Who Have Hilariously Colorful Facial Expressions

While any K-pop idol is likely to have mastered their “game face” — as in, the flawless expressions they show off in music videos and live performances — there are some K-pop stars who never fail to amuse their fans (and make their fans stan them even harder) with their hilariously expressive faces.

In no particular order, here are just a few of our favorite super expressive K-pop idols:

Choi Siwon is finally back from the military and will soon be gracing our TV/computer screens again with his ridiculously handsome + outstandingly expressive face! And how could he not be on this list with faces like this…

Apink’s Namjoo recently got to show off her acting chops — and her great facial expressions — in the web drama “Mischievous Detectives”!

A+ for sass and beauty!

And of course, aegyo.

But guess what, V? For this one, we picked you!

I mean, just look at this face. JUST LOOK AT IT.

It is literal perfection.

Similar to BTS, any of the MAMAMOO beagles are more than worthy of being on this list. But for this round, Solar won out with faces like this…

SO SQUISHY AND ADORABLE. (And don’t forget to check out Solar’s upcoming solo!)

SHINee’s Key is not only known for his impeccable fashion sense and adorable poodles — he’s also got a reputation for being sassy AF.

He may be a diva, but he’s not above pulling a funny face (especially if it’s to make fun of someone, heh):

But also, no one can keep up an icy cool exterior forever.

There’s no doubt about it — everyone’s favorite llama has a face that can pull off any expression, from quirky…

The leader of yet another beagle-y group, I’ll let Eunkwang’s face speak for itself because, well…

Honorable mention goes to Yook Sungjae in this particular gif, but as with many of the other groups, any BTOB member could easily make it onto this list.

GFRIEND’s maknae has one of the most adorable faces you’ll ever see, and she’s not afraid to use it:

Why would you take away her drink like that? Why???

Who can resist this adorable hamster?

Hey Soompiers, who are your favorite super-expressive K-pop idols? Let us know in the comments below!