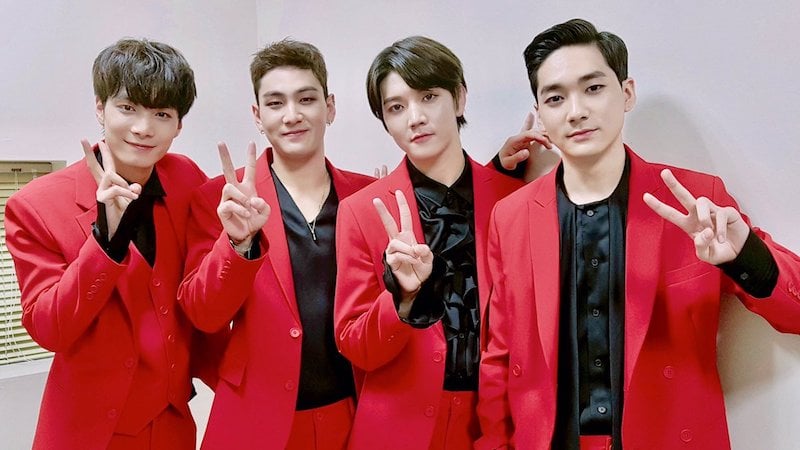 NU’EST W recently came back with their latest album “W, HERE,” and their title track “Where You At” has been performing well, topping five major realtime charts soon after its release!

During a talk show that aired on October 11, the members couldn’t hide their joy of achieving such success. JR said, “I’m very happy because the moments I wished for are coming to life. We have seen a revival on music charts too.” Baekho revealed, “There have been changes, like how we’re filming advertisements, and how some of the members are going on variety shows as well.”

Ren confessed he cried when he previously saw past NU’EST songs climbing online music charts. Baekho added, “Even b-side tracks were [on the charts], so I was touched.”

NU’EST W will begin promotions for “Where You At” during this week’s music shows.