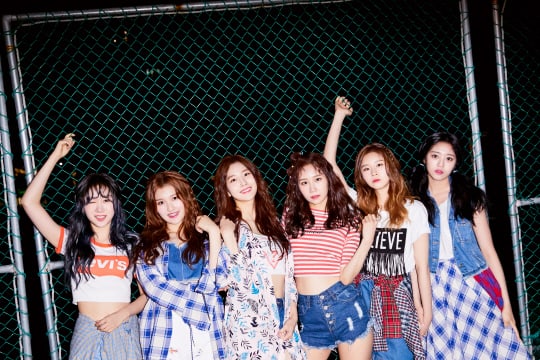 Another girl group has been added to the list of participants of JTBC’s survival show “MIXNINE,” which features YG’s founder Yang Hyun Suk.

On October 11, it was confirmed that Favorite will be joining “MIXNINE.” Favorite debuted with “Party Time” in July of this year. After much discussion with their agency ASTORY Entertainment, all six members (Go Ah Ra, Gaeul, Junghee, Sookyung, Seoyeon, and Saebom) have decided to be on the show.

Out of the six members, two of them are known for their previous experience on audition shows. Gaeul was a former “Produce 101” trainee and Go Ah Ra was a former “K-Pop Star 6” contestant. Go Ah Ra is already familiar with Yang Hyun Suk from “K-Pop Star 6,” and this will be Gaeul’s second time meeting the show’s producing director (PD) Han Dong Chul, who also directed “Produce 101.”

“MIXNINE” is a survival show in which Yang Hyun Suk will visit different entertainment agencies to discover trainees and debuted idols who have the potential to become stars. Some of the most recent participants confirmed to join are Dreamcatcher, 24K, and KNK. The show will premiere on October 29 at 4:50 p.m. KST.

Favorite
MIXNINE
How does this article make you feel?