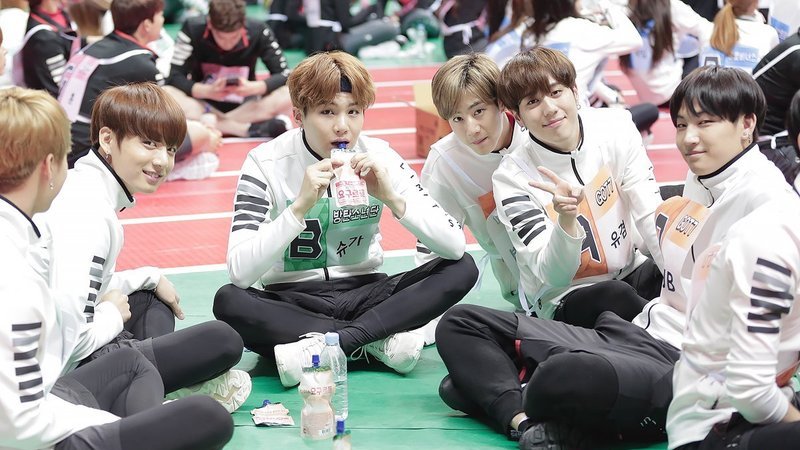 In an interview on October 11, GOT7 talked about how they feel about the success their friends in BTS have had on Billboard’s charts with their latest release.

GOT7 said, “Our friends BTS are cool senior artists. We were envious [about their results on Billboard], and it also made us nervous and made us think that we have to work hard. Since there are now more rookie groups too, we will work hard so that we won’t fall behind.”

The group also talked about when they began to notice their own fandom growing, and JB and Jinyoung commented that it seemed to be through their “Flight Log” trilogy.

See Also: GOT7 Shares How They Feel About JYP Launching A New Boy Group Through “Stray Kids”

While talking about their music, Jinyoung commented, “There have been people who have said that because we’ve shown so many different styles, we don’t have our own unique style as GOT7. But I think that over time, it’s become a strength of ours that we don’t focus on just one style and instead try different things.”

The group also mentioned that their biggest strength is that they have international members. JB said, “When we go overseas, it’s an advantage that we can talk to fans in many different languages.”

“There can be some differences in emotion, but because we’ve been together for a few years since our time as trainees, our foreign members have already adapted well to Korea,” he added. “It would be hard to feel any disadvantage about it.”

Jinyoung commented, “The process of forming a team with people from different countries isn’t easy.” He continued, “We’ve come this far because of our foreign members who have ambition and passion about music.” BamBam also talked about how close they are because of the years they’ve spent together.

GOT7’s new album “7 for 7” was released on October 10, along with the music video for their track “You Are.”

GOT7
BTS
How does this article make you feel?