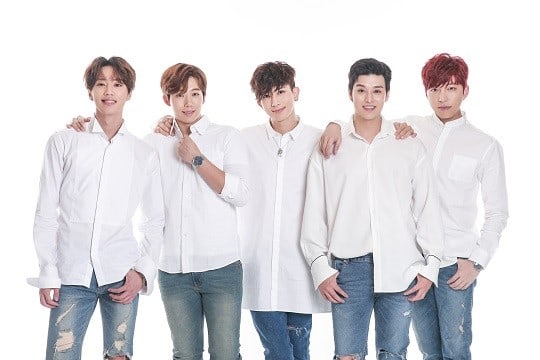 U-KISS’s new Japanese single album, “Fly,” took No. 3 on the Oricon Daily CD Single Rankings for October 10. The achievement is even more meaningful because Kiseop took part in composing and writing the song “Fly,” while all the members took part in producing some part of the single album.

“Fly” is U-KISS’s first release as a five-member group. They held a series of Japanese live concerts “U-KISS Live Event 2017 Stay With U” starting September 30 and member Jun will soon make his acting debut in the tvN drama “Avengers Social Club.”