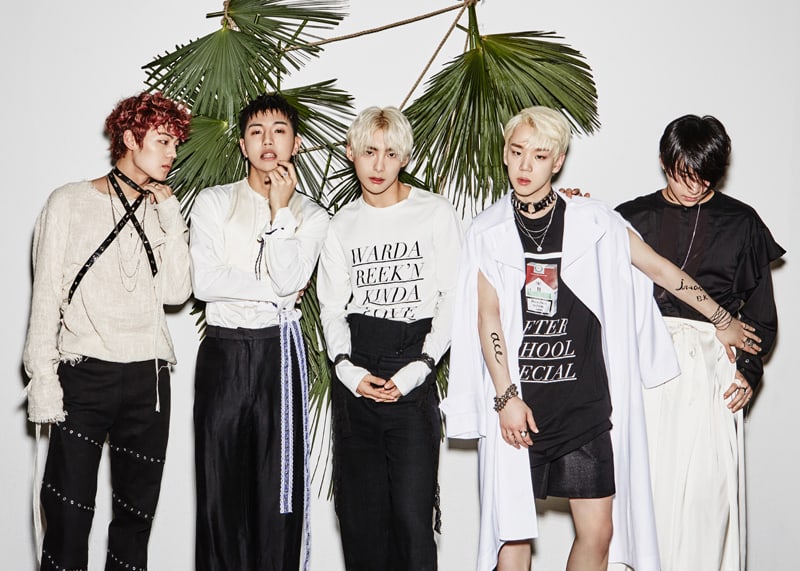 Rookie Alert: 8 Reasons A.C.E Should Be Your Next Boy Group Obsession

Lost in the sea of debuts this year and looking for a new group to stan? Five-member boy group A.C.E is here to climb all the way up your bias list with their killer debut, and we’ve got all the reasons why these talented guys, who just made their comeback, should be on your radar.

Although A.C.E didn’t make their official debut until May, the boys are in no way absolute rookies on the scene. Laying down the foundation for their budding career, A.C.E took to the streets for months with regular busking events – where the members showcased their extensive dance and vocal skills for live audiences.

2. Their covers of these K-pop hits are AMAZING.

In addition to their stellar dance moves, A.C.E also covers several hit K-pop songs on their official YouTube channel – like this version of BLACKPINK’s “Stay”:

And this cover of KARD’s “Don’t Recall,” featuring A.C.E members Jason and Wow with artist fla4free.

We also can’t forget this gorgeous cover of BLACKPINK’s “Playing With Fire,” either. A.C.E gives the girl group hit a special twist with accompaniment from AG Band in their official cover below.

3. They dance with 1Million Dance Studio.

1Million Dance Studio is a golden staple in the Korean dance scene, with their choreographers having participated in the dance creation of countless iconic K-pop choreographies – including the dance to A.C.E’s own debut “Cactus.” So, it’s no surprise that you can find all of the A.C.E members in several of the dance studio’s popular videos.

A.C.E members Jun and Wow start off the dance to Pentatonix’s “Sing” with choreographer Lia Kim in this clip:

Donghun, Jason, and Chan dance in the first group to Jihoon Kim’s choreography video for Jeff Bernat’s “Queen.” (For reference, Donghun is in a blue shirt, Jason wears a white cap, and Chan is in a white shirt.)

And Jun dances with Lia Kim to her choreography for Maroon 5’s “Don’t Wanna Know.” Wow and Chan appear in the second dance group along with a fellow 1Million dancer.

4. They already released an English version of their debut song.

A.C.E’s fan service extends farther than their frequent busking events around Korea. Making sure their international fans don’t feel left out, the guys dropped an English version of their debut song “Cactus” last month. And – spoiler alert – it’s just as great as the original.

5. They created their own choreo to CNCO’s “Reggaetón Lento”… in five minutes.

Zany TV gave A.C.E five minutes to create their own choreography to Latin-American boy group CNCO’s smash hit “Reggaetón Lento.” And, being the dance legends they are, A.C.E absolutely killed it.

6. This relay dance… because WOW.

The stage choreography for “Cactus” is already impressive, but seeing the members tackle the dance one by one in this relay dance clip brings the intensity to a whole new level. If you’re not a CHOICE yet, you’ll definitely be one before the video is over.

7. Their legs (because obviously)

Did you know that A.C.E shaves, exfoliates, and oils their legs every single day to pull off their hot pants look? That’s better care than they admit to taking care of their faces. No matter what color or how short their hot pants are, we can all agree they’ll always look better in it than we will. Honestly. 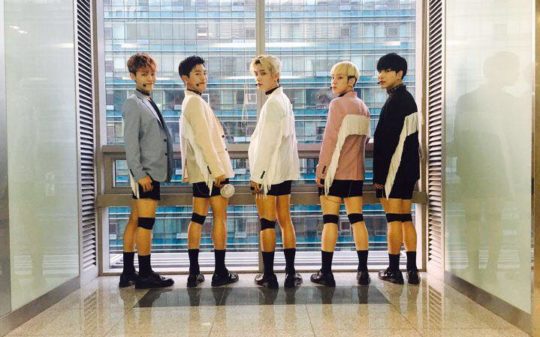 8. They’re only getting started.

If sharp vocal covers, slick dance performances, and English songs for international fans are what A.C.E can do in their rookie stage, imagine what they can do when they truly hit their stride. These talented guys haven’t even shown us half of what they’re capable of yet. With their comeback right around the corner, we can’t wait to see what new talents A.C.E will unroll in the future. 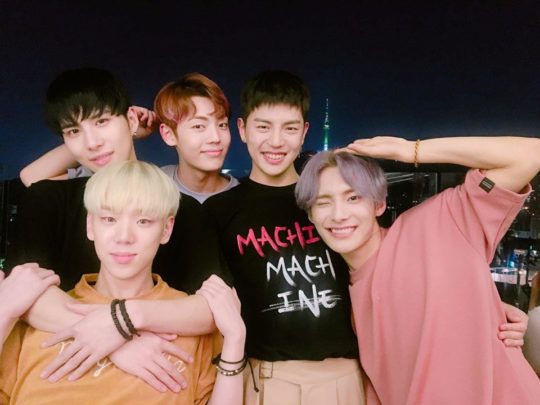 Get to know A.C.E a little more through our interview with them below, and don’t forget to check out their comeback on October 18!

What do you love about A.C.E? Let us know in the comments!

A.C.E
Soompi Spotlight
How does this article make you feel?