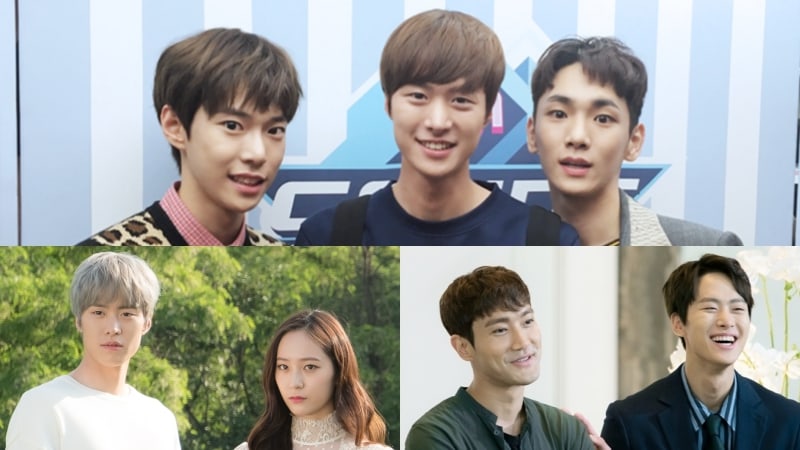 Gong Myung Comments On His Growing Ties With SM Artists

On October 12, the press conference was held for upcoming tvN drama “Revolutionary Love.”

Gong Myung was asked about constantly acting with SM Entertainment artists, to which he responded, “I worked with Key in ‘Drinking Solo,’ Krystal in ‘Bride of the Water God,’ and Siwon in ‘Revolutionary Love.’ It is a huge honor for me, and I felt thankful.”

Choi Siwon commented, “I heard from people that have worked with Gong Myung that he is a kind, passionate, and innocent guy.” He added, “Human ties are amazing, like how we are also connected because Gong Myung’s younger brother is NCT’s Doyoung. And with positive impressions of each other, the synergy coming from the connections cannot be ignored. I think the good vibes will be captured on screen.”

Meanwhile, “Revolutionary Love” is set to air its first episode on October 14 at 9 p.m. KST.