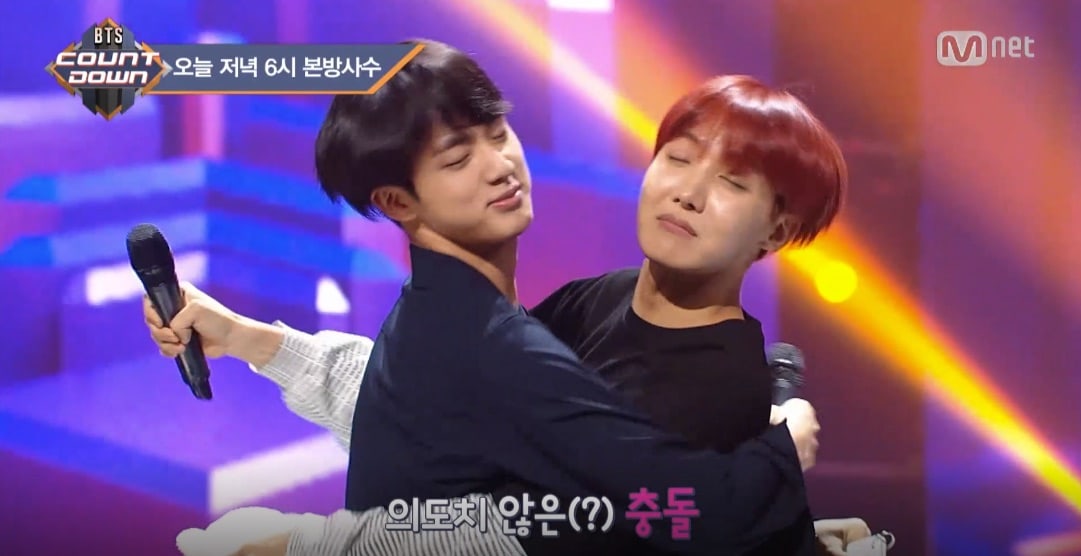 Mnet released a new teaser featuring some funny moments on the upcoming show featuring members bring up some questions for each other.

In a video, Suga asks, “[J-Hope] you previously said I look charming. What is the charming point you are referring to? You’re sincere, right?” Jin then asks J-Hope Suga’s question and J-Hope answers that Suga does have charm. Jimin presses J-Hope to clarify and J-Hope points out that Suga’s small eyes and soft face capture hearts. Jin gets to the point and asks, “So is he handsome or ugly?” to which J-Hope answers, “Our Suga hyung is handsome.” 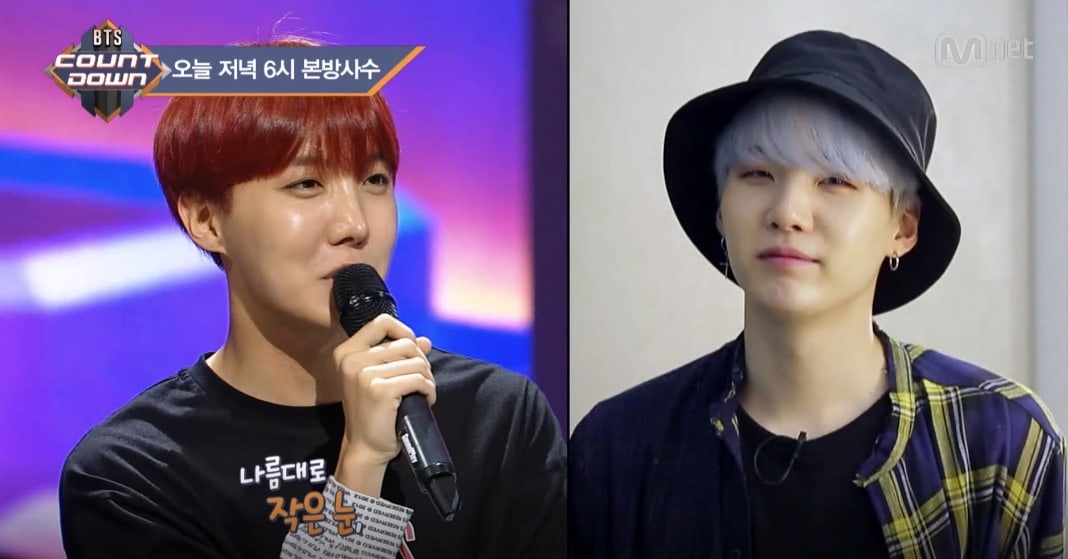 This leads to J-Hope being questioned on the handsomeness of V, Jimin, and Jin as well. Jimin points out that J-Hope sounded really enthusiastic when talking about V’s good looks but his tone changed when he got asked about Jimin. J-Hope explains that Jimin has a peculiar charm and he is full of attractive traits. However, Jimin isn’t satisfied with his answer and jokes that J-Hope’s explanation is long. 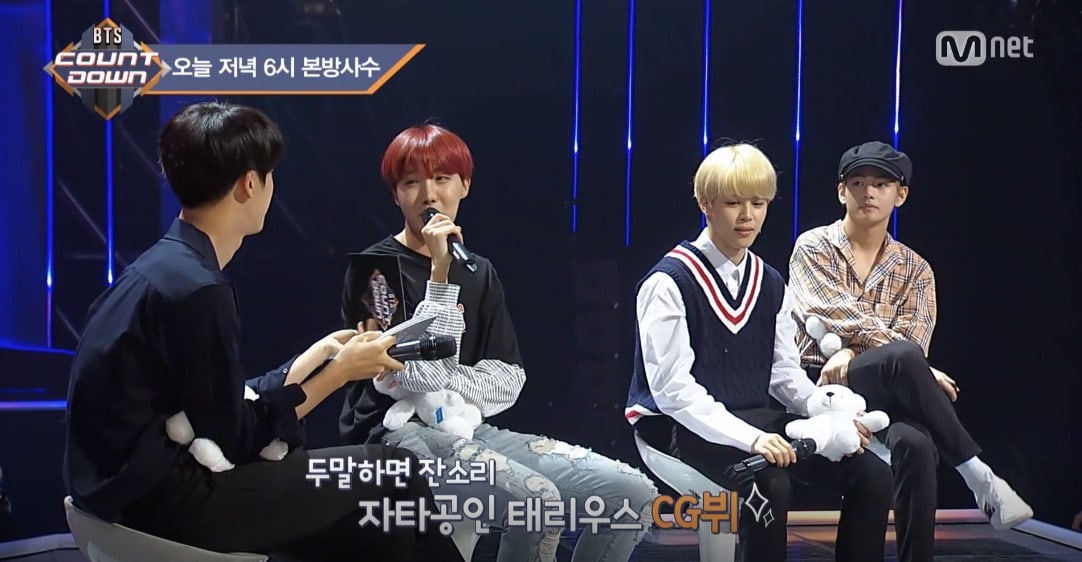 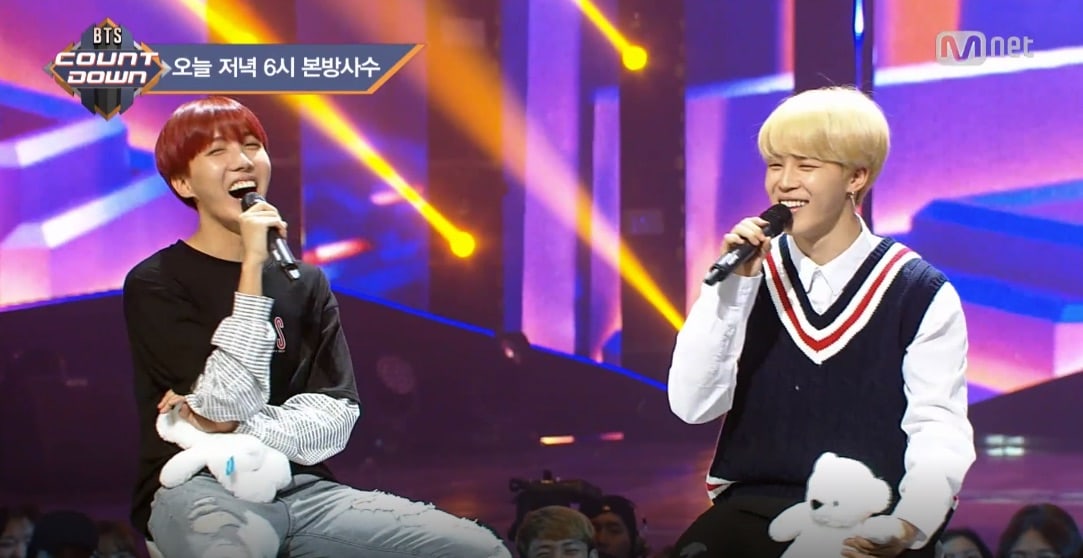 Finally, Jin asks about himself (Mr. Worldwide Handsome) to which J-Hope ties in the lyrics from the group’s title track “DNA.” J-Hope says, “You were born with good looking DNA from the beginning.” Jin is very pleased with J-Hope’s answer and stands up for a hug. However, their hug goes a bit awry as they end up bumping into each other. Jin and J-Hope instantly appear displeased with the unplanned touch and Jimin teases them asking them what they are doing. J-Hope avoids any misunderstanding of an accidental kiss and clarifies that only their chins touched. 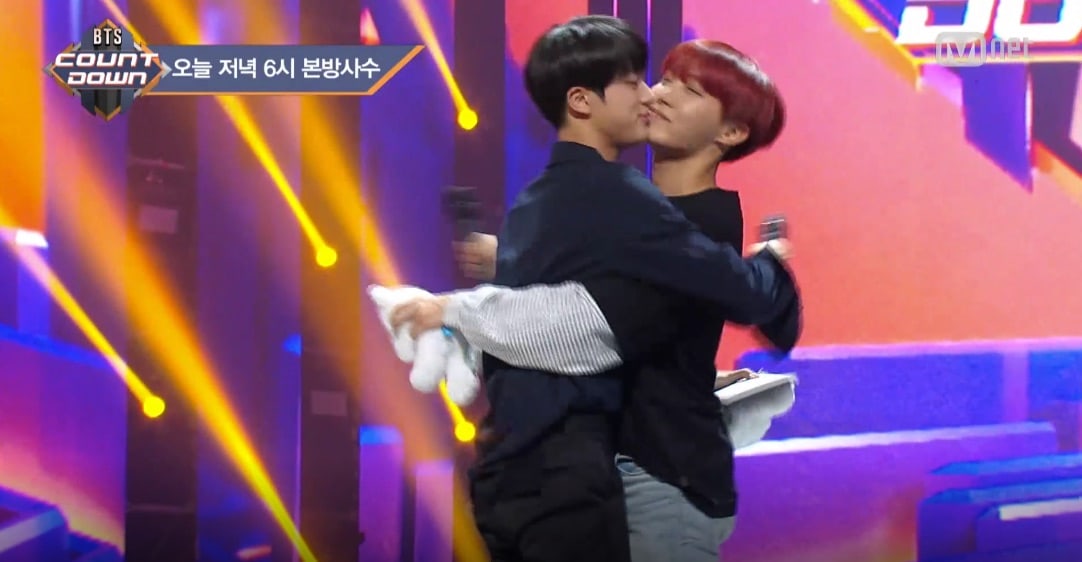 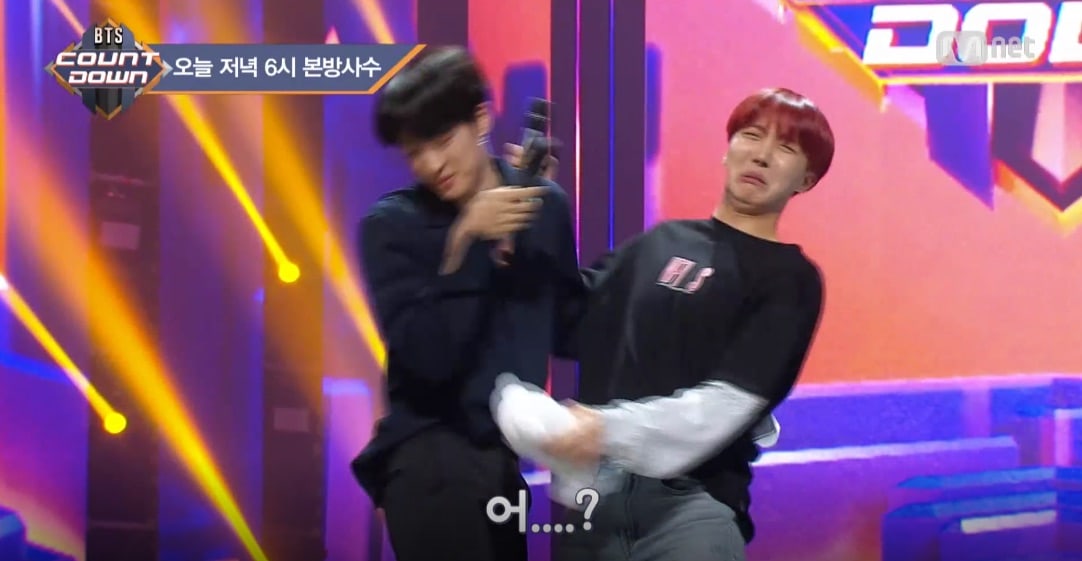 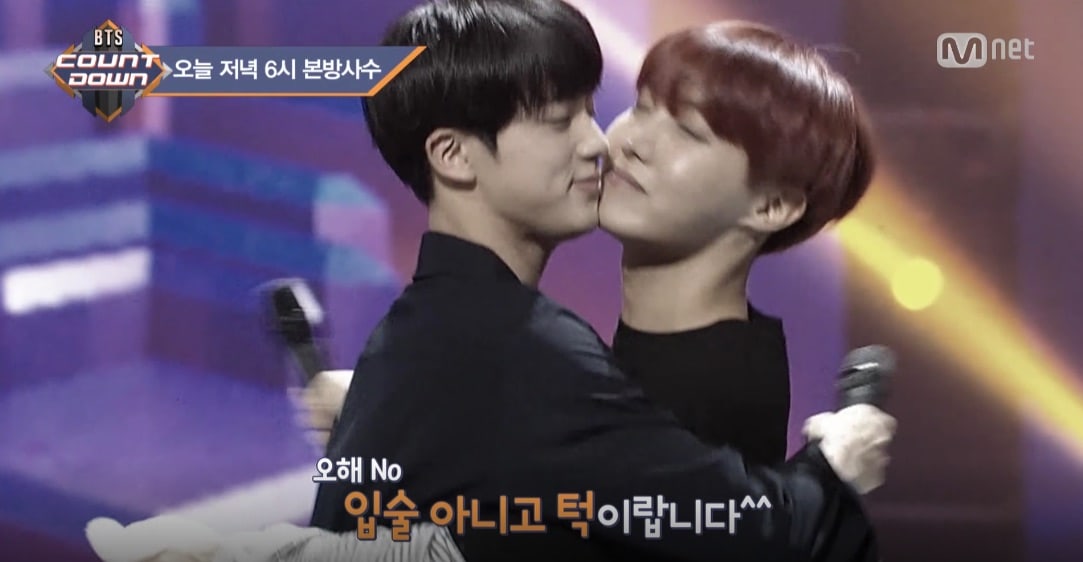 BTS
J-Hope
Jin
BTS Countdown
How does this article make you feel?