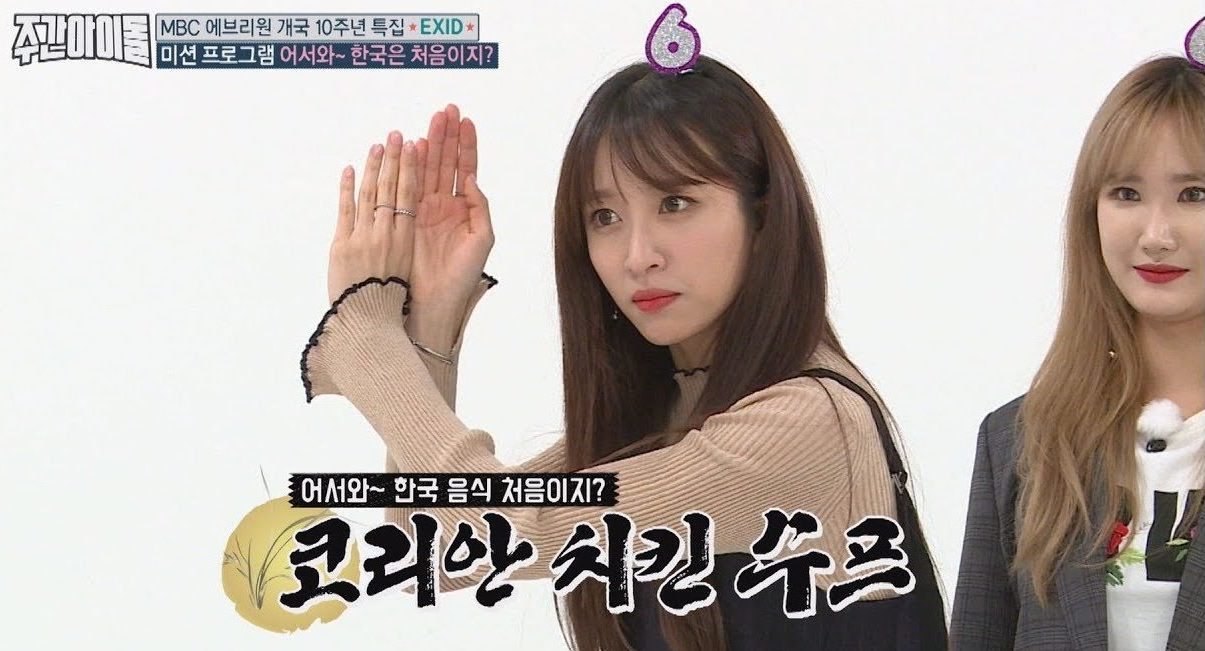 On a recent episode of “Weekly Idol,” the members of EXID had an English speed quiz, where they had to describe words in English to a non-Korean. EXID would win the game if the non-Korean guesses 10 words correctly.

Hani then gets suspicious that the non-Korean is actually good at Korean, and it gets revealed that he has actually been living in Korea for eight years!

Find out if EXID wins in the end!

EXID
Weekly Idol
How does this article make you feel?