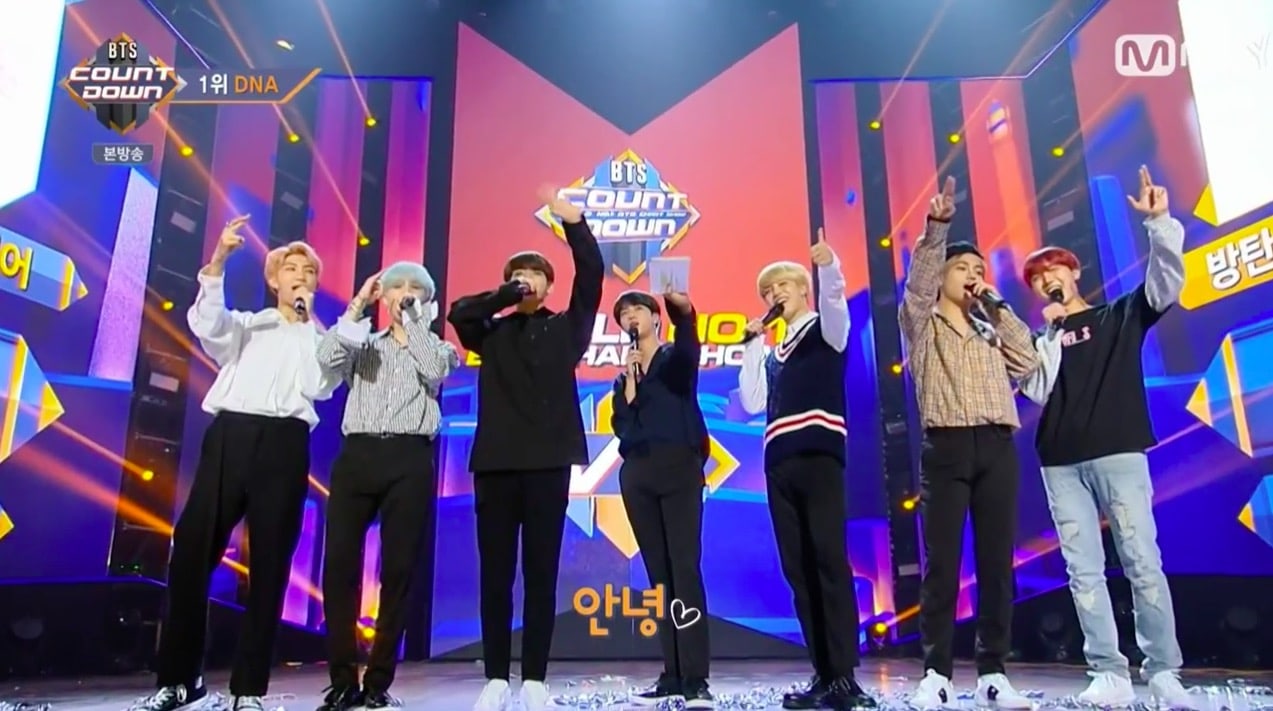 Watch: BTS Reveals Which Song Fans Love The Most And Dances To It At Double Speed

On October 12, Mnet aired the special show “BTS Countdown,” where BTS had their own chart countdown, played games, performed, acted, and more!

During “BTS Countdown,” BTS’s songs “DNA” and “Dope” were named as the nominees to be picked as ARMY’s favorite. Jin became the MC as the group split up into two teams: V, J-Hope, and Jimin as Team Dope and Suga, Rap Monster, and Jungkook as Team DNA.

In the end, BTS announced that fans had voted for “DNA” as No. 1, and that team earned a giant trophy. The “Dope” team danced to “DNA” at double speed as their penalty, but they were joined during the song by the rest of their members.

Watch BTS dance to “DNA” at double speed below!

BTS
BTS Countdown
How does this article make you feel?