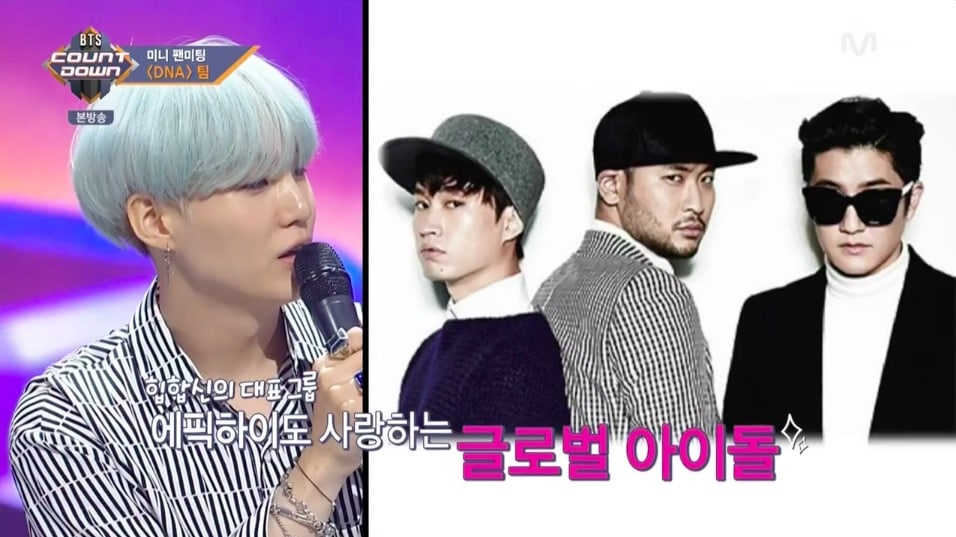 During the Mnet special “BTS Countdown” on October 12, BTS’ Suga was asked about his connection with Epik High.

J-Hope commented during a Q&A part of the show that he’d heard Suga has a lot of impressive connections, and mentioned that Suga’s been in contact with Epik High’s Tablo lately. “Please share your secret!” said J-Hope.

Suga first made the other guys get excited when he started off by saying “Well, in the case of ‘Blo hyung’…” They seemed impressed both because Tablo and Suga are close enough for him to use a shortened form of his name and because Suga used the term “hyung” used by men for an older brother or male friend. Suga went on to say, “The Epik High members really like BTS.”

“[Tablo] even bought our new album and showed it over a video call,” shared Suga, and Rap Monster said he remembered that was true. Suga said, “I really like them.” 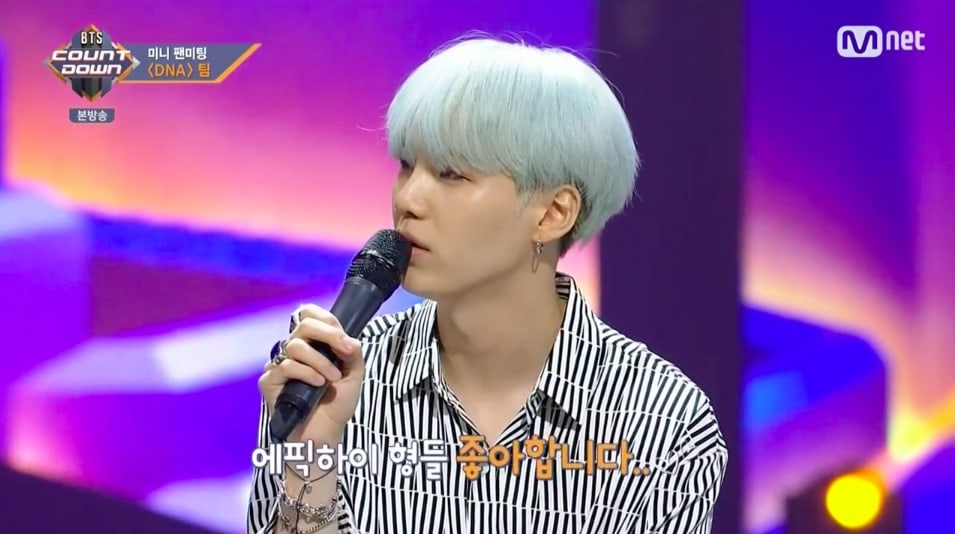 Suga’s friendship with Tablo and the rest of Epik High is particularly meaningful considering that he has named Epik High’s “Fly” as one of the reasons he became a rapper.

Back in May, Tablo shared a screenshot of a photo he’d received from Suga from the Billboard Music Awards and said he was very proud. It was also recently revealed that singer Lee So Ra was in discussion about working on a collaboration with Tablo and Suga.

Other members of BTS have also talked about their respect for Epik High and Tablo in the past, including Rap Monster, and Tablo showed his support via Twitter for the group’s new mini album.

Epik High
BTS
Suga
Tablo
How does this article make you feel?