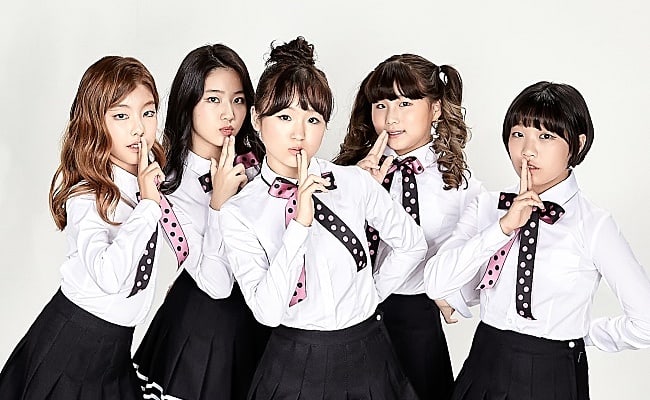 As the years go by, new idols emerge, and it appears they’re debuting younger and younger. It was recently revealed that new girl group HI CUTIE may be the youngest ones yet at the time of their debut.

On October 12 at noon KST, HI CUTIE’s debut single “Play U” was released on various music sites. Their agency Space Music revealed that they are a five-membered group and the members are former child actresses Yoo Jin, Yoon Jung, Ha Young, Eun Jung, and Chae Rin. Their average age is 12.6, with the youngest being 11 years old and their oldest, 14 years old (by Western reckoning), and is considered the nation’s first “kid” girl group.

Their first digital single “Play U” is a EDM pop track with dubstep reminiscent of an eight-beat game. The track was produced by Bijou’s Joomin and DJ Buddy.

Watch their MV below!

Thanks to Aja Taylor for the tip!

Hi Cutie
How does this article make you feel?