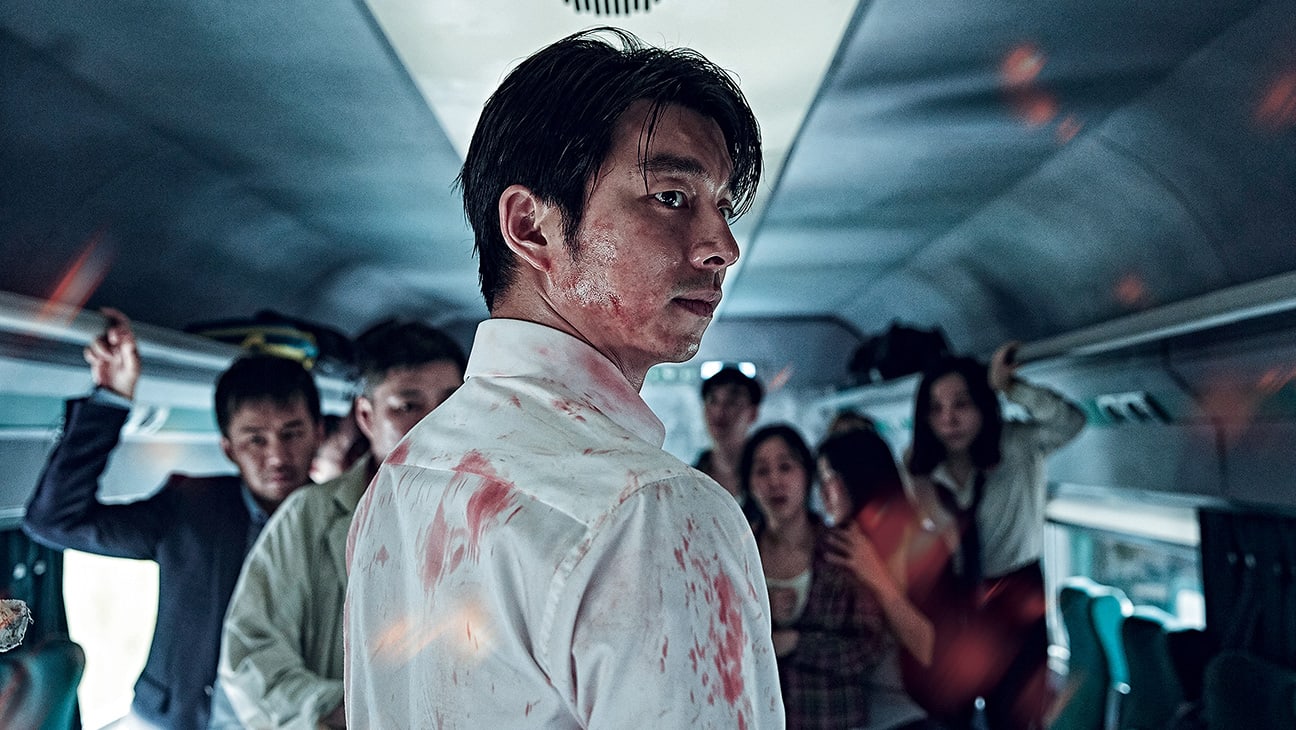 12 Korean Thrillers To Watch Before Halloween

With Halloween just around the corner, it’s officially time for falling leaves, pumpkin spice everything, and movies that make you want to sleep with the lights on. Luckily for fans of Korean entertainment, Korea offers a bountiful and widely acclaimed selection of thrillers to choose from this season. From insane serial killers to hordes of man-eating zombies, these movies will keep you on the edge of your seat and give you the frightening thrill you’ve been craving as you prepare for Halloween. So, bust out the popcorn and settle in for a night of fright with these 12 Korean thrillers! 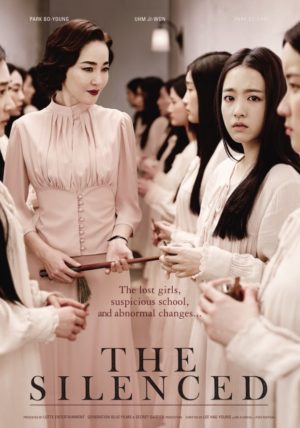 Set in 1938 during the Japanese occupation of Korea, a sickly young girl named Ju Ran (Park Bo Young) is transferred to a country boarding school in hopes of improving her health. But when girls at the school begin to vanish, Ju Ran and her friend Yeon Deok (Park So Dam) must uncover the sinister secret lurking beneath the boarding school’s innocent facade before they disappear as well.

“The Silenced” shows an interesting time in Korea’s history that isn’t often portrayed in their films. With excellent performances by some great actors, pacing that builds tension, and compelling relationships that deliver a punch during the climax, this movie will haunt you after the lights go out. 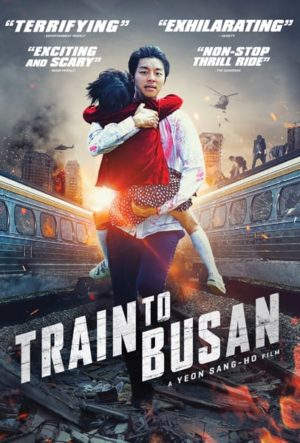 Busy and emotionally distant Seok Woo (Gong Yoo) reluctantly agrees to take his young daughter to visit her mother in Busan as a birthday gift. But what should be a simple train ride quickly turns into a fight to survive as a zombie outbreak threatens the lives of all on board. While humanity is pushed to its breaking point, Seok Woo must keep himself and his daughter alive among flesh-craving zombies and ruthless passengers. Will anyone make it without becoming a monster?

“Train to Busan” boasts an all-star cast, fast-paced plot, and killer special effects that will keep you enthralled until the very end. 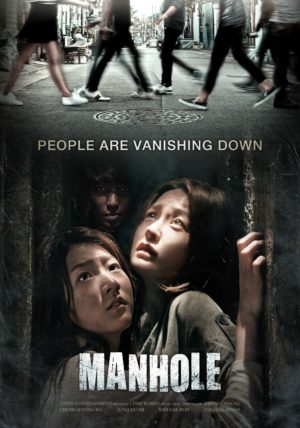 A dangerous serial killer (Jung Kyung Ho) lurks beneath the city of Seoul, using manholes to kidnap and kill unsuspecting young women. So when protective Yeon Seo’s (Jung Yoo Mi) little sister Soo Jung (Kim Sae Ron) goes missing after an unsettling phone call, Yeon Seo descends into the sewers to bring her back. But will either of them make it out alive?

“Manhole” is driven by a great cast and classic story line of cat and mouse told in an unconventional environment, making this the perfect choice for those who want to get their scare on without too many surprises. 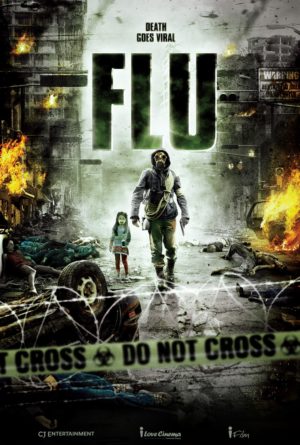 Emergency responder Kang Ji Goo’s (Jang Hyuk) and doctor Kim In Hae’s (Soo Ae) lives are thrown together in an unexpected way when a deadly flu that kills within 36 hours begins to spread in the Seoul suburb of Bundang. As mass hysteria grips the city, the pair must find a cure and save In Hae’s young daughter in the midst of calamity and deadly distrust.

“Flu” takes you for a suspenseful and action-packed ride thanks to strong actors, characters you’ll be rooting for throughout, and perfect pacing that keeps you on the edge of your seat. 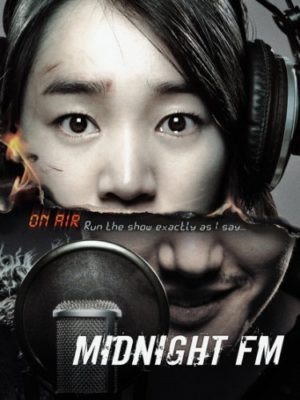 Sun Young (Soo Ae), a popular radio host, is ending her successful radio career in order to get her daughter the medical treatment she needs. But when a strange fan calls in during her final broadcast with a deadly ultimatum, Sun Young is thrust into a nightmare. With her family’s life on the line and time running out, Sun Young must make an unthinkable decision if she hopes to outsmart her biggest fan.

“Midnight FM” is memorable thanks to its ruthless antagonist, quick-witted heroine, and an engaging premise that keeps you guessing until the very end. 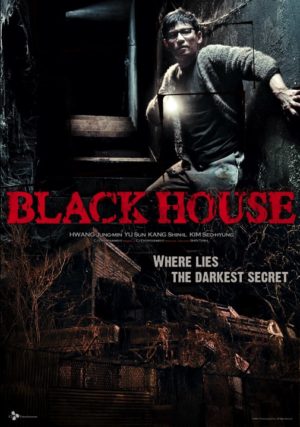 After discovering the suicide of a young boy while at a client’s home, naïve and kindhearted insurance agent Jeon Joon Oh (Hwang Jung Min) unwittingly gets pulled into the dark secrets of a strange family. Soon, he finds himself embroiled in a deadly game of cat and mouse with a cold-blooded psychopath — a game that if he loses will cost his life. Who knew insurance could be so dangerous?

“Black House” will send chills up your spine and take you on a twisting journey before reaching an unexpected and fulfilling finale, all delivered by a talented cast. 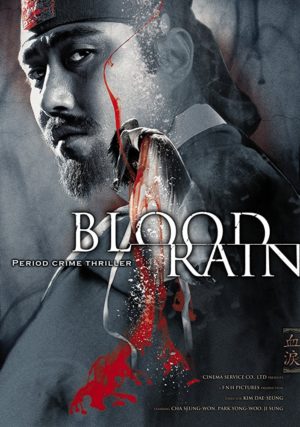 When gruesome murders begin to plague a secluded island in 1808 Korea, the government sends special investigator Won Kyu (Cha Seung Won) to solve the crimes. The islanders are convinced the deaths are the work of the ghost of Kang, a man who was publicly and gruesomely executed seven years earlier for practicing Catholicism. But Won Kyu is skeptical of a supernatural killer, believing the murderer is very much human. Will he be able to unravel the secrets of the island, or will his own demons get the best of him?

“Blood Rain” delivers an intriguing mystery with several unexpected surprises and gory visual effects that will make even the most seasoned thriller fan squirm. 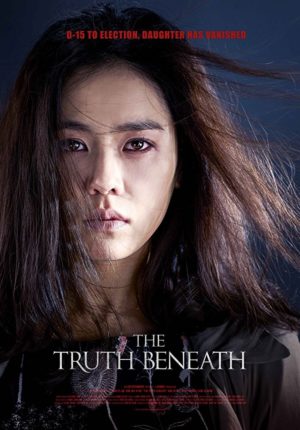 Kim Yeong Han (Son Ye Jin) seems to have a perfect life. Her husband, Jong Chan (Kim Joo Hyuk), is running for office and is a favorite to win. But when their teenage daughter Min Jin goes missing and election pressures threaten to derail the investigation, Yeong Han must sacrifice to find the truth. But will the answer behind Min Jin’s disappearance be more than she can handle?

“The Truth Beneath” succeeds thanks to its great cast, excellent story-telling, and a mystery that keeps you guessing and engaged until the very end. 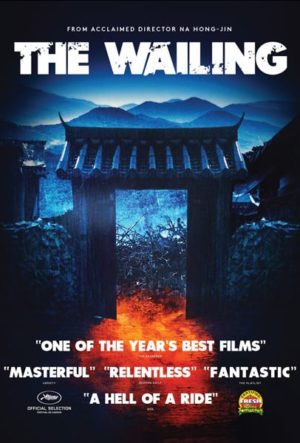 Fear and hysteria grip a small, secluded mountain town as a series of horrifying infections/deaths disturb the quiet community. Suspicion immediately centers on a strange Japanese man who appeared just before the deaths began. However, investigating sergeant Jong Gu (Kwak Do Won) isn’t convinced. But when his own daughter becomes infected and starts displaying supernatural symptoms, Jong Gu must risk everything for the chance to save her and their quiet town from complete destruction.

“The Wailing” delivers a creepy and a perfectly crafted plot filled with supernatural elements that will have you on edge long after the credits roll. 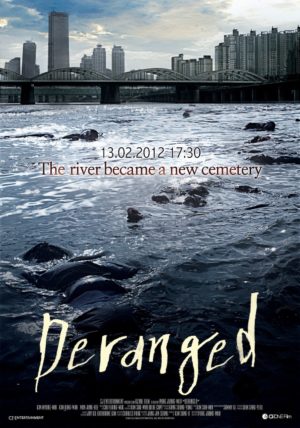 When drowned bodies begin turning up in the water all over the country, officials scramble to discover the cause, which is soon found to be parasitic worms carrying a deadly virus. When pharmaceutical sales rep Jae Hyuk’s (Kim Myung Min) family begins to show symptoms of the virus, he and his brother, detective Jae Pil (Kim Dong Wan), race to find a cure, and in the process, uncover an unbelievable secret.

“Deranged” offers a fast-paced plot that will keep you on the edge of your seat and make your skin crawl (as if with parasitic worms, maybe?). 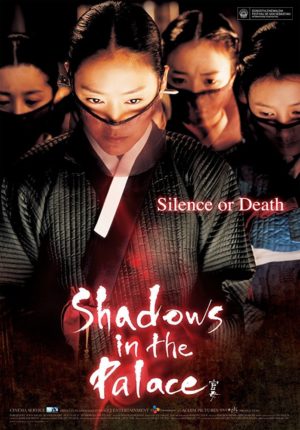 When Wol Ryung (Seo Young Hee), a royal maid, is found hanging in her room, palace officials insist it is a suicide. But when Chun Ryung (Park Jin Hee), a royal nurse, discovers signs of foul play, she sets off on a dangerous investigation into some of the palace’s darkest secrets that will change the fate of the kingdom.

“Shadows in the Palace” has an intriguing and supernaturally driven plot that perfectly uses the strict and ruthless setting of the Joseon dynasty to deliver a deep and chilling thrill. 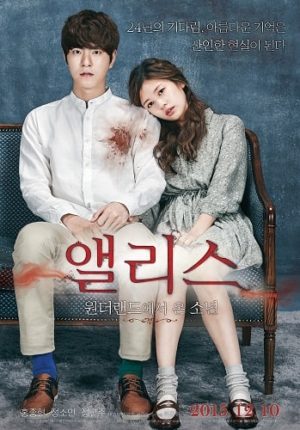 Since childhood, Hye Joong (Jung So Min) has been plagued by horrifying nightmares. But when the dreams start to threaten Hye Joong’s very life, she heeds the advice of a shaman to visit the place where her haunting memories first began — Wonderland Mansion. To end the nightmares and save herself and her loved ones from a tragic fate, Hye Joong must unravel the mystery of her past with the help of a handsome stranger, Hwan (Hong Jong Hyun). But it won’t be easy, because in Wonderland, nothing is as it seems.

“Alice: Boy From Wonderland” is carried by a great cast and an interesting premise. It delivers moments of suspense and danger, but gives relief by including cute, romantic moments between Hye Joong and Hwan, making this a movie you won’t easily forget and will want to watch again.

Check out more Korean films and dramas to watch on Halloween in Rakuten Viki’s Hallyuween collection!

Did we miss any of your favorite Korean thrillers? Leave your recommendations in the comments below.

erinunnie first discovered the joys of Korean entertainment during a magical summer in 2010 and has never looked back. Her current favorites include Super Junior, GOT7, SEVENTEEN, and any Korean dramas she can get her hands on. In her spare time she enjoys writing, reading, playing the piano, and singing. Connect with Erin on Twitter (@erinunnie) to keep up with her latest obsessions!

Soompi Spotlight
Train to Busan
Halloween
Midnight FM
Deranged
The Truth Beneath
The Wailing
Black House
How does this article make you feel?