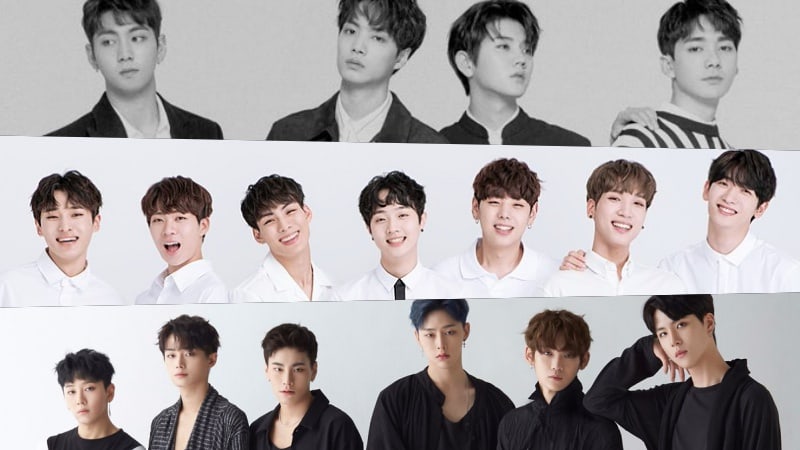 RAINZ held their debut showcase on October 12 and spoke about a variety of topics, including advice they’d give to contestants of other idol survival programs and how they feel about promoting at the same time as some of their fellow “Produce 101 Season 2” alumni.

The members were RAINZ were all contestants on Mnet’s “Produce 101 Season 2” and Ryan Jhun, who participated in creating the theme song “Pick Me” for the show, is said to have had a hand in producing the group’s debut mini album.

Not only this, but RAINZ will be promoting around the same time as other “Produce 101 Season 2” alumni. NU’EST W, whose members Baekho, Ren, and JR appeared on the survival program, recently released their album “W,HERE.” JBJ, another group that was formed with contestants from the show, will be making their debut on October 18.

When asked by a reporter how it feels to be competing against some familiar faces, RAINZ’s Jang Dae Hyun said, “We’re all friends with the members of those groups. We’ve somehow ended up in this situation of becoming ‘rivals,’ but we all think of it as a friendly competition and we’re hoping for a win-win situation.”

Speaking of hopes, the members of RAINZ also stated that their goal for their first promotional activities was to top the music charts. Kim Seong Ri said, “Of course, our goal is to be no. 1. We really want to. I hope we can achieve that and even go overseas and perform for all of the fans who have shown their love for us.”

Seo Sung Hyuk added, “Although I’d love for us to top the charts, I’d be happy if we just entered the top 10 rankings.”

We wish all the best to RAINZ, NU’EST W and JBJ!

JBJ
NU'EST W
RAINZ
How does this article make you feel?