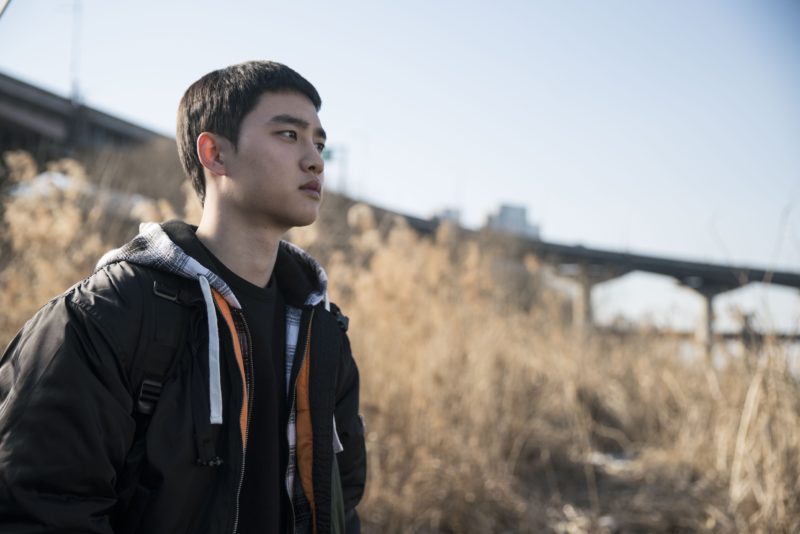 Earlier this year, it was reported that EXO’s D.O. had started filming a mystery-thriller film “Room Number 7” with Shin Ha Kyun.

With post-production finished, and its premiere just around the corner, the movie recently released stills of D.O. in character. D.O. plays the role of Tae Jung, a college student who is taking a break from school and working part-time at a failing DVD room to pay back his loans. Long since his cell phone disconnected due to unpaid bills, he can’t even quit his part-time job, as he refuses to leave without the 2 million won (approximately $1,776) the owner owes him as salary.

Amidst all of this, he encounters a VIP customer who says they will take care of his debts if he hides their drugs, and starts to become suspicious of the mysterious, locked room number 7. From the photos, viewers can get a glimpse of his tough attitude and rough life. 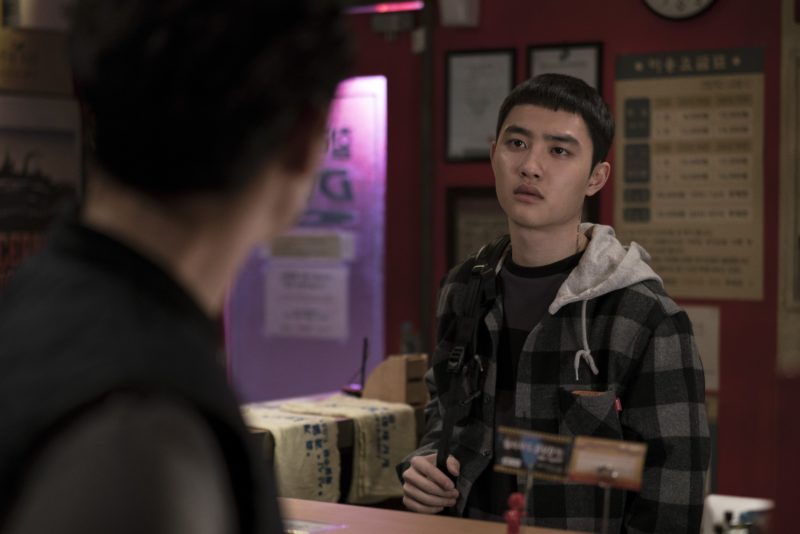 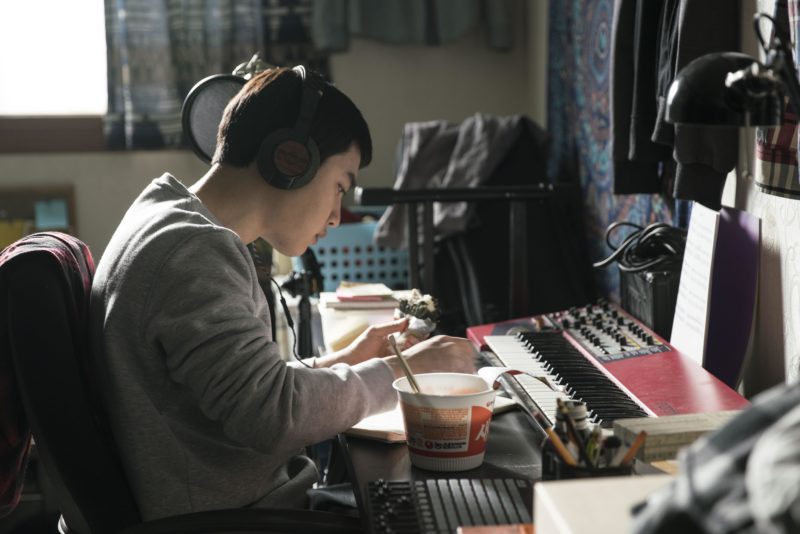 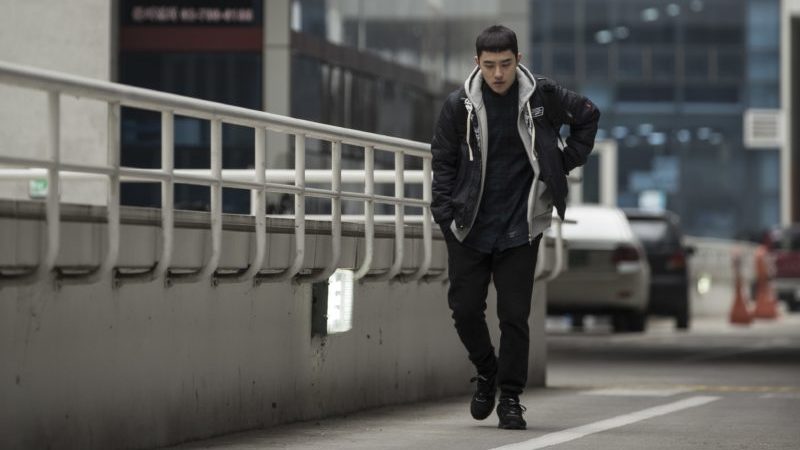 In the movie, D.O. will show a new aspect of himself that has never been seen before. Almost the complete opposite of his last film character in “My Annoying Brother,” his character smokes cigarettes, curses like a sailor, and is a realistic and relatable depiction of youth.

D.O. commented, “The scenario was really fun. I think the word ‘fun’ can perfectly describe the scenario. It’s my first time acting in this kind of genre, and I think I’ll be able to show sides of me I haven’t before through my character Tae Jung.”

Regarding casting D.O., director Lee Yong Seung said, “Ever since we first created the scenario, I had Do Kyung Soo [D.O.] in mind. I think his eyes, which encompass the image of a youth, suit Tae Jung very well.” His co-star Shin Ha Kyun also expressed, “Do Kyung Soo has very pretty eyes that are clear like those of a puppy. I think he did well in capturing the hopelessness that this generation’s youth feels.”

“Room Number 7” is a movie that revolves around the mystery of a corpse found in room number 7 of the DVD room. It is planning to be released sometime in November of this year.

Are you excited for D.O.’s upcoming movie?

EXO
D.O.
Room Number 7
How does this article make you feel?