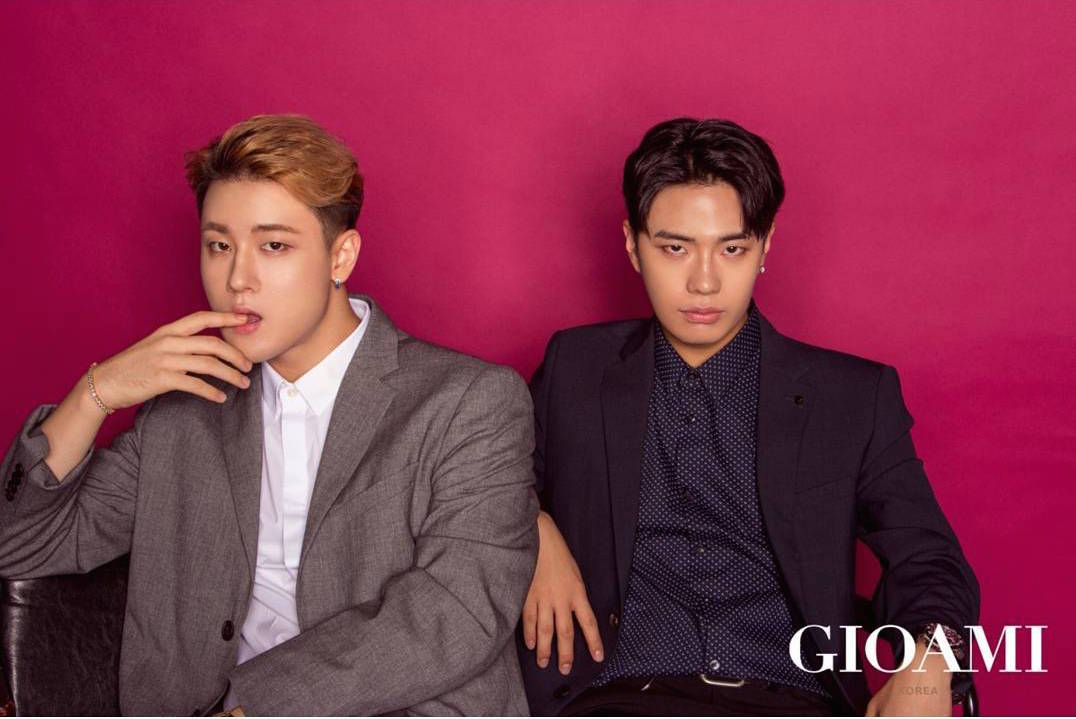 Jung Dong Soo (ARKAY) and Kim Nam Hyung (ADDCORN) debuted in August under the name AA. The duo recently took part in a pictorial and interview with Gioami Korea, where they talked about “Produce 101 Season 2.”

Jung Dong Soo commented, “To be honest, when I participated in ‘Produce 101 Season 2,’ I didn’t have a lot of greed. I just wanted more people to know about me and Kim Nam Hyung. My goal wasn’t really to make it into Wanna One.” He added, “Instead of [just being] idols, we want to promote self-produced songs and enjoy music.”

When asked if they feel uncomfortable using public transportation due to their popularity, Kim Nam Hyung answered, “I don’t know if it’s because I wear hats or I’m not well-known, but people don’t recognize me even when I’m on the bus or subway. However, everyone recognizes Jung Dong Soo. I think people only recognize me when I’m next to him. But it’s comfortable being able to go about my life freely.”

The duo stated, “We are cheering for Wanna One, JBJ, RAINZ, and other former contestants of ‘Produce 101 Season 2.’ We don’t think of it as competition but rather synergy. I think it will be nice to see each other again on stage.”

As for their future goal, AA said, “We want our music to receive love for a long time. We’re confident in our teamwork, and we want to show that our music isn’t ‘wrong.'”

Watch their debut music video “Flex” here and check out their stylish photos below! 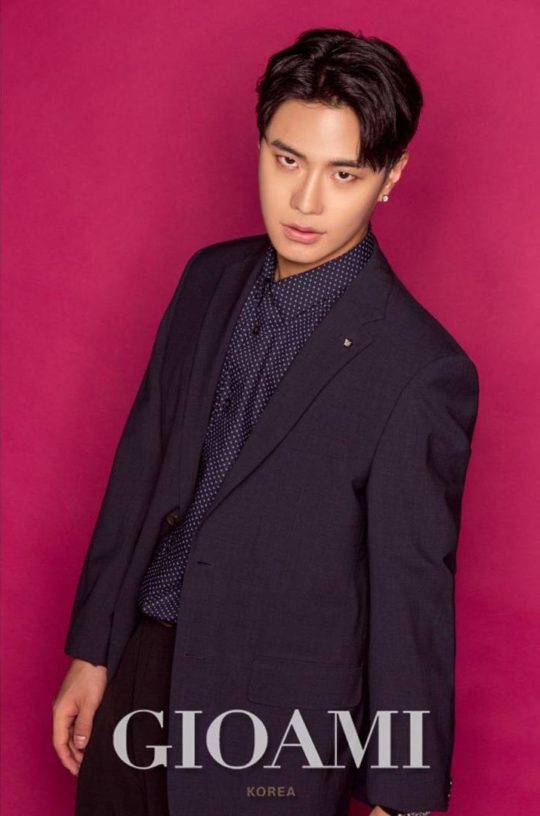 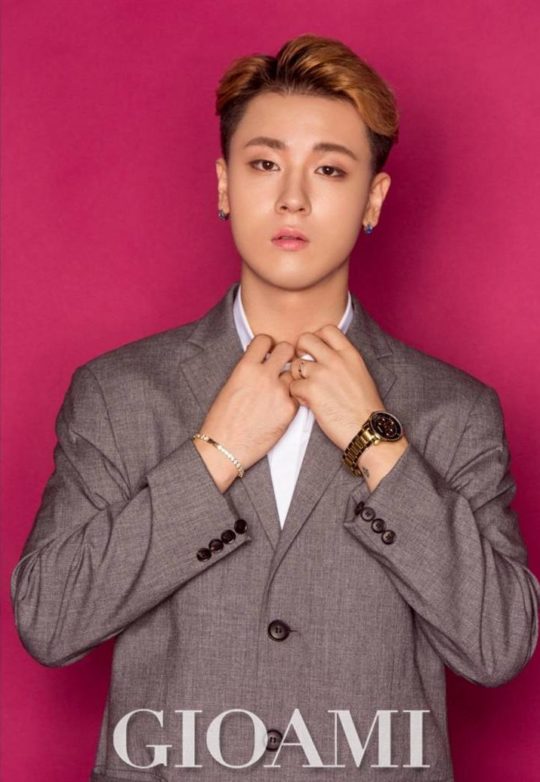 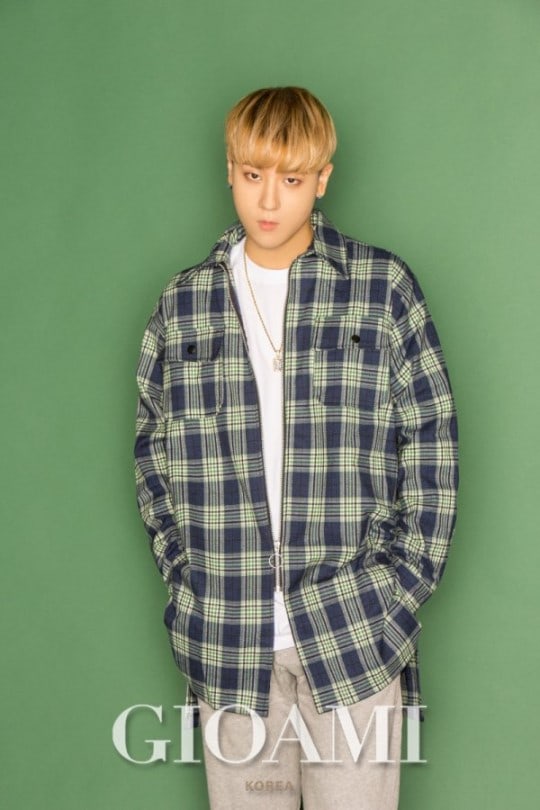 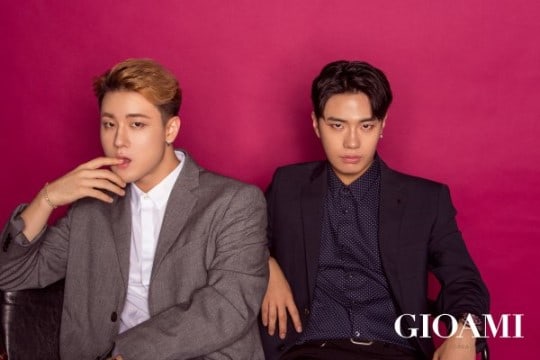 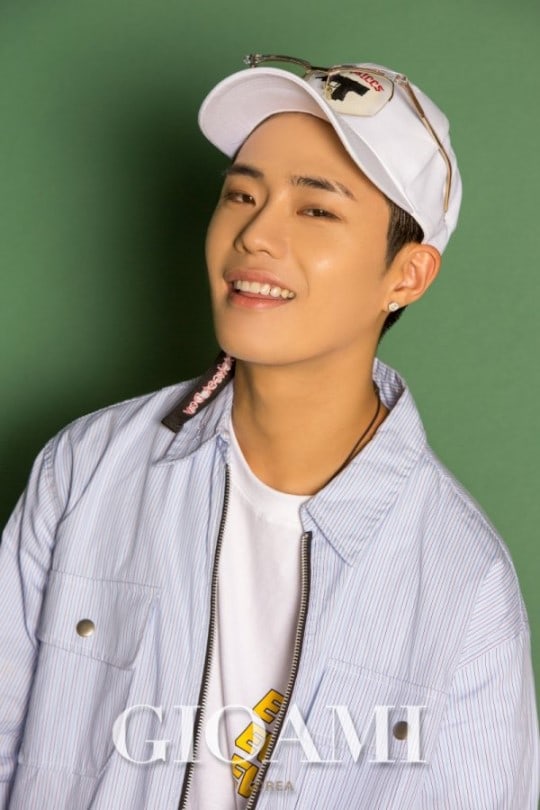 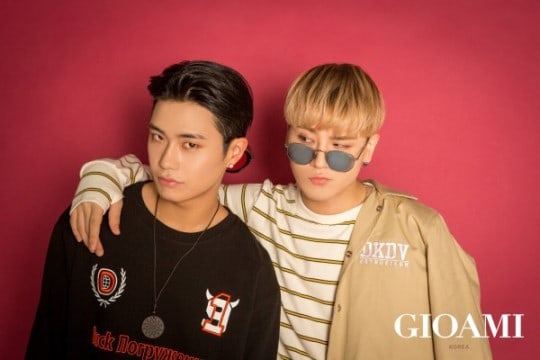