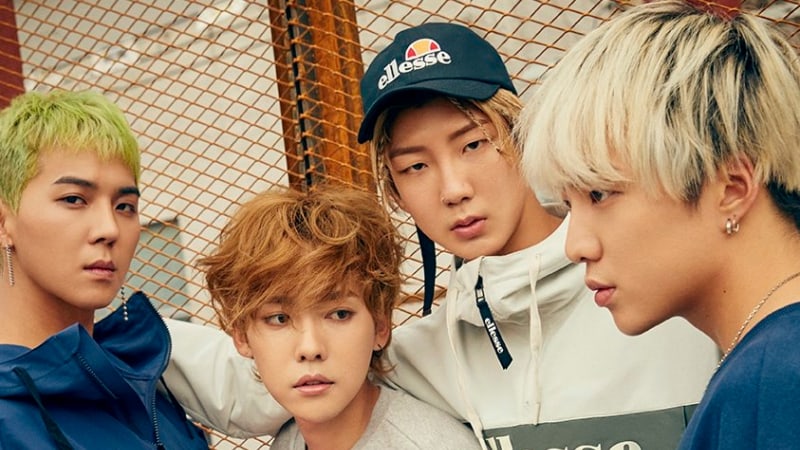 9 Things About WINNER That Only Inner Circles Will Understand

It’s been three years with WINNER, and no one can say it hasn’t been eventful. Despite plenty of drama, losing a member, and a whole lot of waiting, waiting, and some more waiting – Inner Circle and WINNER have stuck through it all. Inner Circles (InCles) are as dedicated to the four members as they are to music, and we wouldn’t want it any other way. We’re about as permanent as Lee Seung Hoon’s InCle tattoo.

“Ugly Duckling” is the new HOT 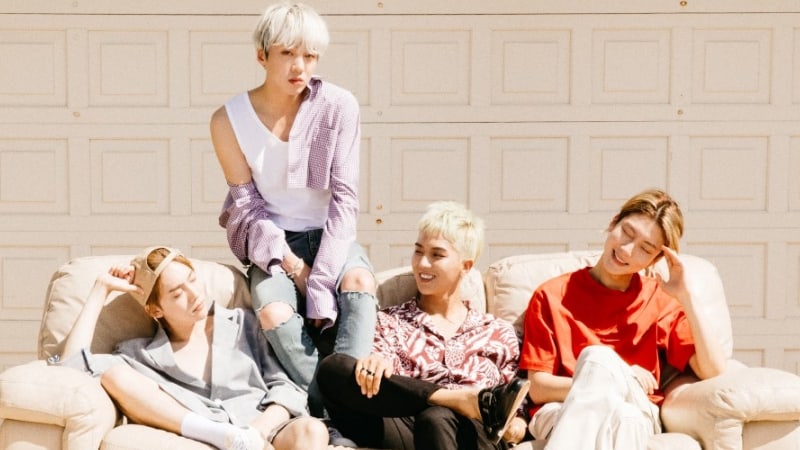 WINNER may have debuted with a gigantic special edition album full of professional photos straight off a catwalk, but that doesn’t mean they felt like they “fit” with YG Entertainment’s traditional bad-boy image. When Seung Hoon said the group felt like the “ugly ducklings” of YG, it struck a bitter chord with fans. However, fans have always valued the group, even when they don’t feel valued by the company.

There’s an oxymoron for you: Jin Woo and “sense of direction.” Why? Because he doesn’t have one. We all face-palmed while watching Jin Woo leave the hotel in Japan to find the convenience store during WINNER TV. What should have been a 10-minute trip turned into several hours. Some people shouldn’t enter public spaces without a map.

Seung Hoon could joke about expecting to lose money during promotions rather than earn any, and fans would probably believe it. After all, he has a history of ripping very expensive pants, sometimes during a broadcast, exposing his underwear to fans. It’s probably a good thing that he wore baggy pants during “Island” promotions.

If you’ve ever watched or listened to Super Junior’s Kyuhyun, you know he’s a master of sarcasm and not someone you decide to take on in a word-sparring match lightly. Ex-member Nam Tae Hyun, however, delivered a rare comeback that stopped Kyuhyun in his tracks. On a March 2016 episode of JTBC’s “Sugar Man” Kyuhyun commented, “a group called iKON is climbing up” to which Tae Hyun immediately responded, “EXO is doing well these days.” There’s no doubt about it, his quick-thinking lip-service as a WINNER member will be missed.

Caps translated is: Provoking, "A group named Ikon looked like they were really climbing up…" pic.twitter.com/9y6bG3UTUh

To which Taehyun responds: "It seems like Exo is really doing well lately, right?" pic.twitter.com/hEuOuwduq9

“We are not ATMs”

As InCles, we have become masters of patience. We waited a year for the group to debut, over year for a comeback, and another year before “Really Really,” all the while losing faith in YG’s promises. However, the fanclub has come together twice to put their foot down.

First, we flooded YG’s email server during first promotions after the group was sent overseas, letting a triple crown on Mnet’s “M!Countdown” slip through their fingers. Then fans boycotted again when YG announced the release of WINNER’s fan-meeting DVD (2015 WWIC in Seoul) with no future comeback in sight.

Both times YG responded, first by allowing the group to return to Korea the following week and win a third trophy on “M!Countdown,” and later by reassuring fans of the group’s comeback. When Inner Circles come together, they get results!

Before debuting with WINNER, Kang Seung Yoon had a promising start as a solo artist. However, once he re-debuted with WINNER, he briskly set aside his own aims and put the members first. When asked by CEO Yang Hyun Suk on WINNER TV if he’d like a solo song on their first album, he turned down the offer and instead requested that another member receive the honor, as he’d already had his chance. When the group came back with “EXIT:E,” a song penned by Nam Tae Hyun was used as the title song, while Seung Yoon’s composition “Immature” was only used for a special stage during comeback week. His only solo releases since WINNER’s debut have been OSTs. InCles are always grateful to have a leader who puts the group first and always supports his fellow members, even if it means standing back from the spotlight.

Song Mino and Lee Seung Hoon recently went on a trip to London, where they made a splash at a Burberry fashion show. Not only did they get the opportunity to go behind the scenes, but Seung Hoon also received an offer to model in London. Being style Iions since debut, leave it to WINNER to go sight-seeing overseas and land themselves a job offer.

“New Journey to the West” and Song Mino

tvN’s “New Journey to the West” has been a blessing for Mino and his fans… but sometimes it isn’t always easy. For example, there’s the time he lost a bet and had his head shaved on the show, making him a No. 1 search on Naver.

Mino may have lost pretty big on the show, but thanks to him winning another bet, WINNER received a special opportunity to appear on the show’s upcoming spin-off, “Youth Over Flowers,” with the support of the staff and PD. Filming recently took place in Australia, and the members are just as excited as fans. 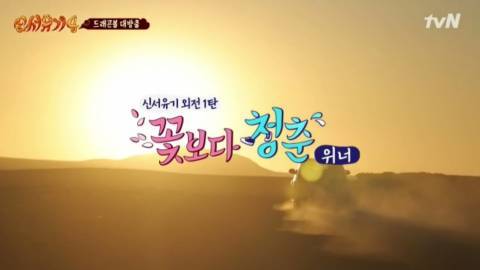 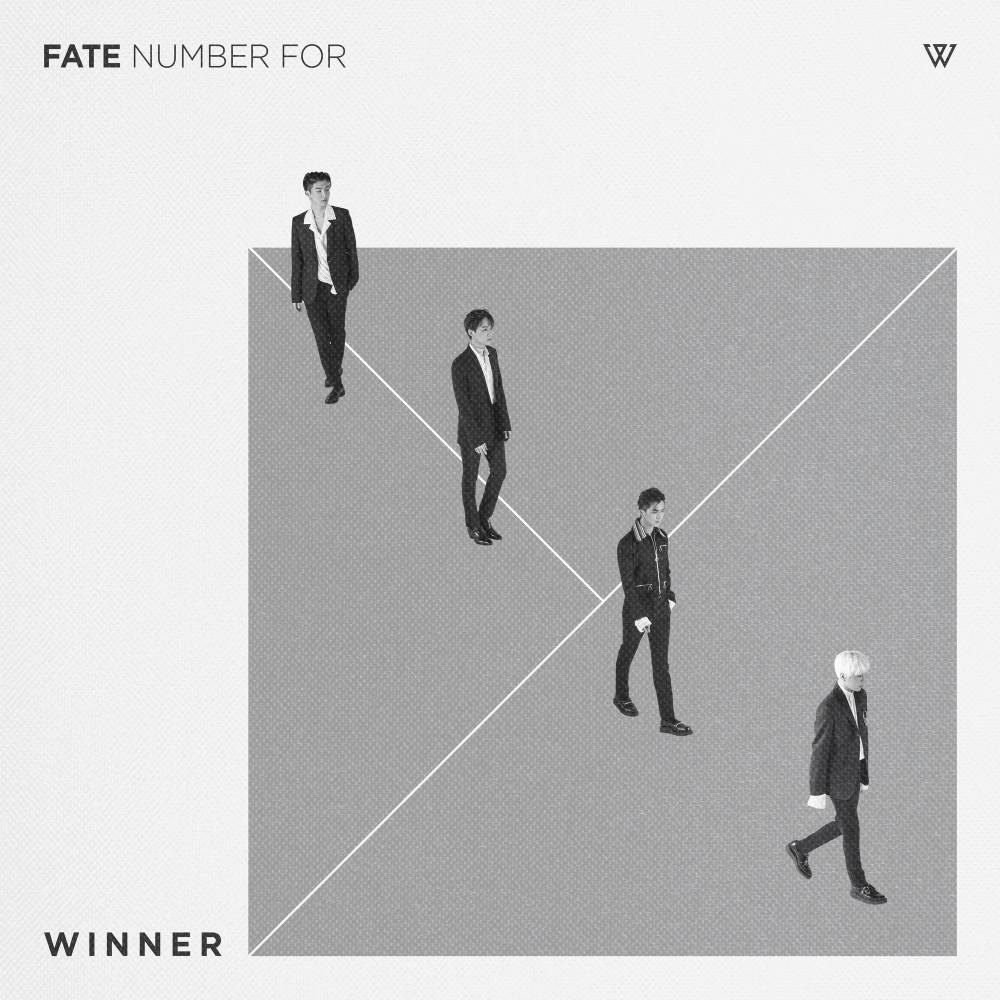 Like many InCles, when “Fate Number For” was first announced, I was confused. Shouldn’t it be “four?” Was the first album since Nam Tae Hyun’s departure really going to have an English spelling error? However, the group explained later that there was a double-meaning to the name – first, there was the obvious intention of using a homonym for “four” to illiterate their belief that WINNER was now as it was meant to be – four members.

The second meaning is that the album was “for” many people, for themselves and for fans. Whether InCles have been fans of pre-debut WINNER, original Team A to Team A on “WIN,” to five-member WINNER or four-member WINNER, we’ve been through a lot together. An InCles’s heart knows patience, love, hope, and courage. They’re willing to fight to protect the group and always show boundless support. The group’s double meaning to their album is a lovely message – that they were fated to be together. Perhaps we were fated to be InCles, too.

What do you love most about WINNER? Let us know in the comments below!

heytoto currently teaches ELL in Seoul, South Korea and can usually be found sipping a latte and hoping this ‘four-four-four’ fan-theory is right so WINNER will have a December comeback.