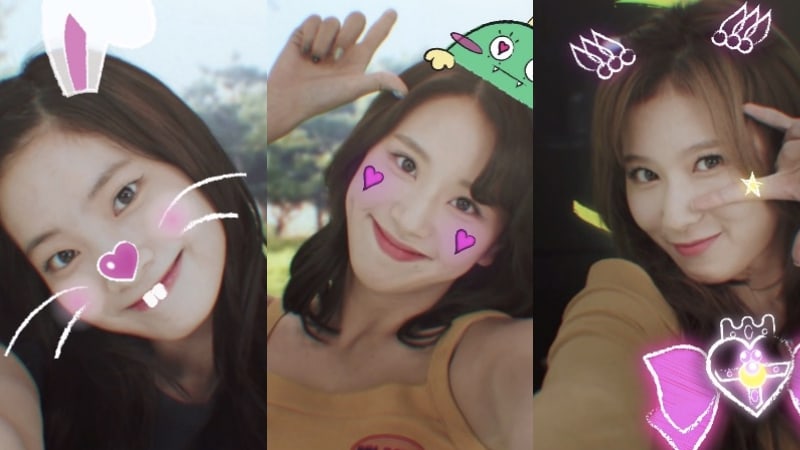 Tzuyu, Momo, and Jeongyeon are the next members to feature in individual teaser videos for “Likey!”

TWICE has already dropped a ton of teasers for their upcoming studio album “Twicetagram” and title track “Likey,” which will be released on October 30 at 6 p.m. KST.

TWICE has shared a first set of individual videos for “Likey.” Check out videos starring Nayeon, Jihyo, and Mina below!

After revealing the first individual photos earlier in the day, moving teasers have now been unveiled for TWICE’s upcoming comeback!

TWICE has gifted fans with individual photos for their return with a new album and their song “Likey”!

Check out photos of each of the members in their “Twicetagram” concept for their upcoming album of the same name. 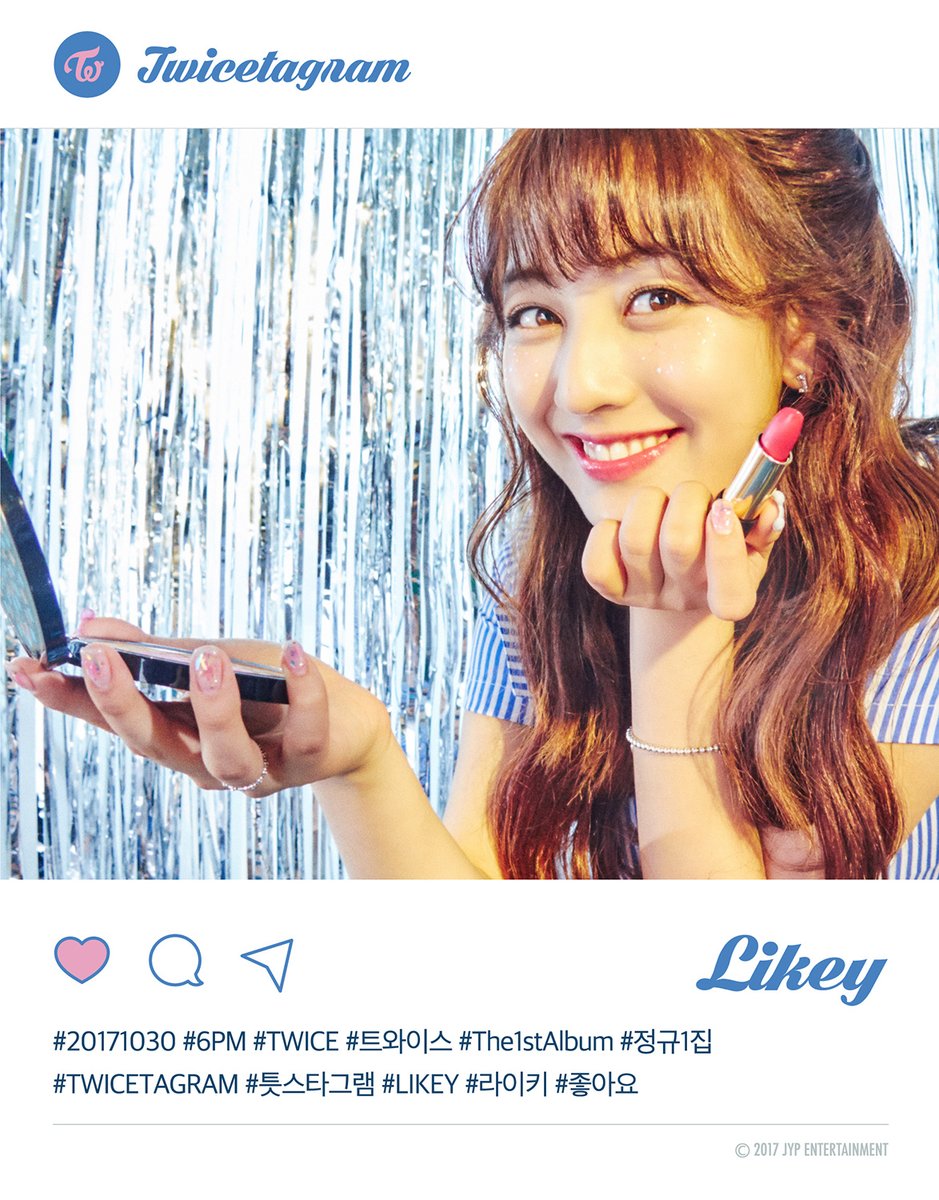 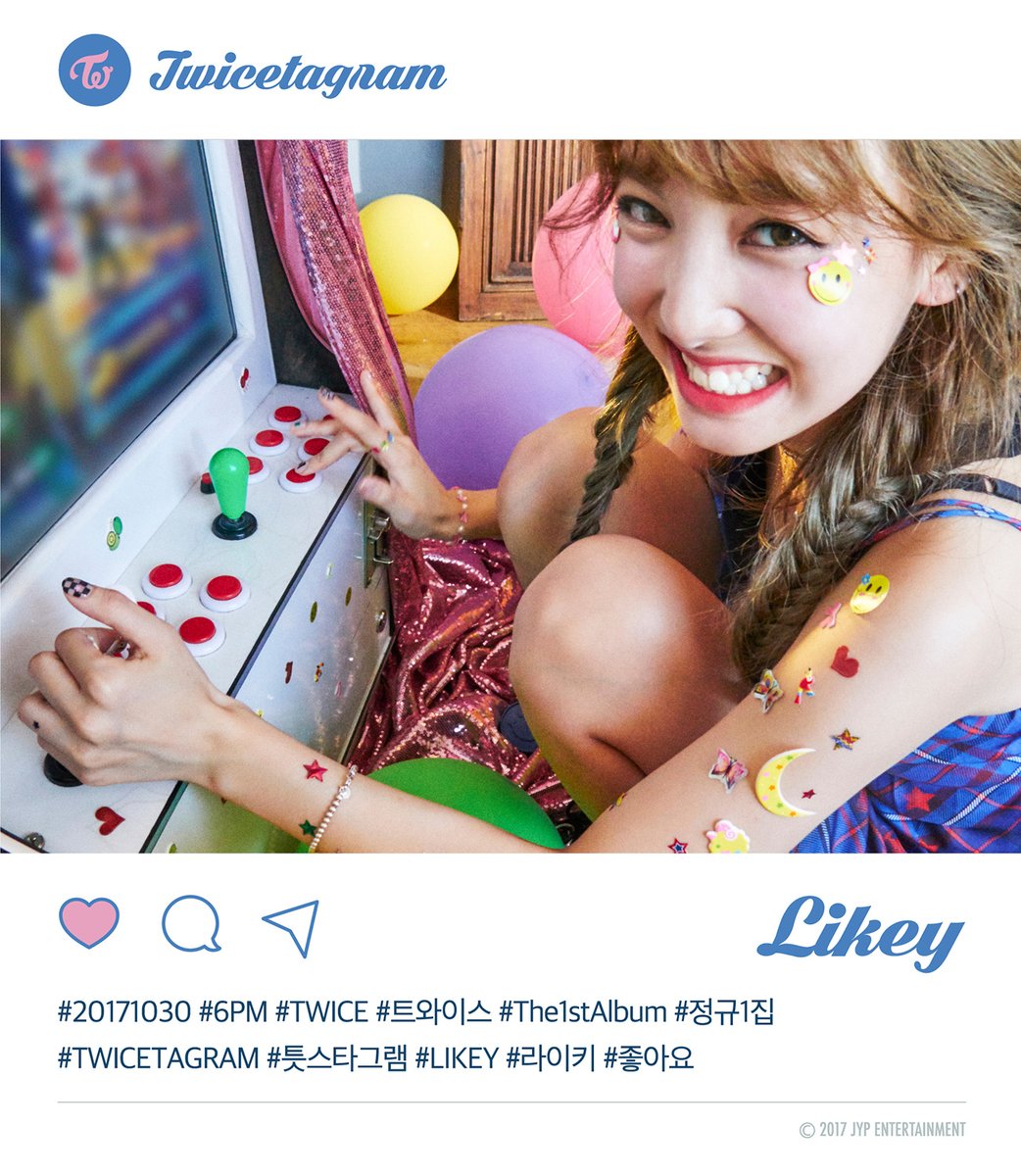 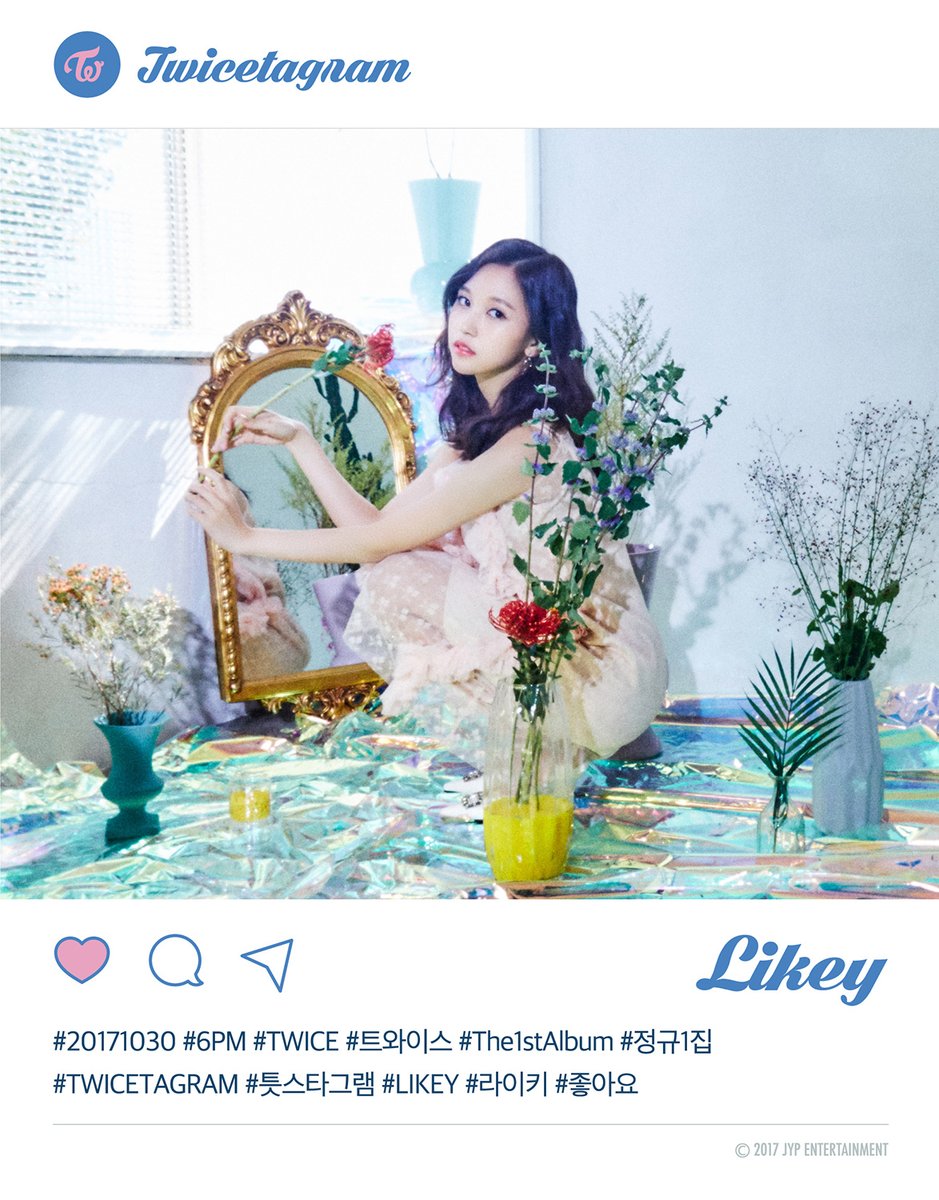 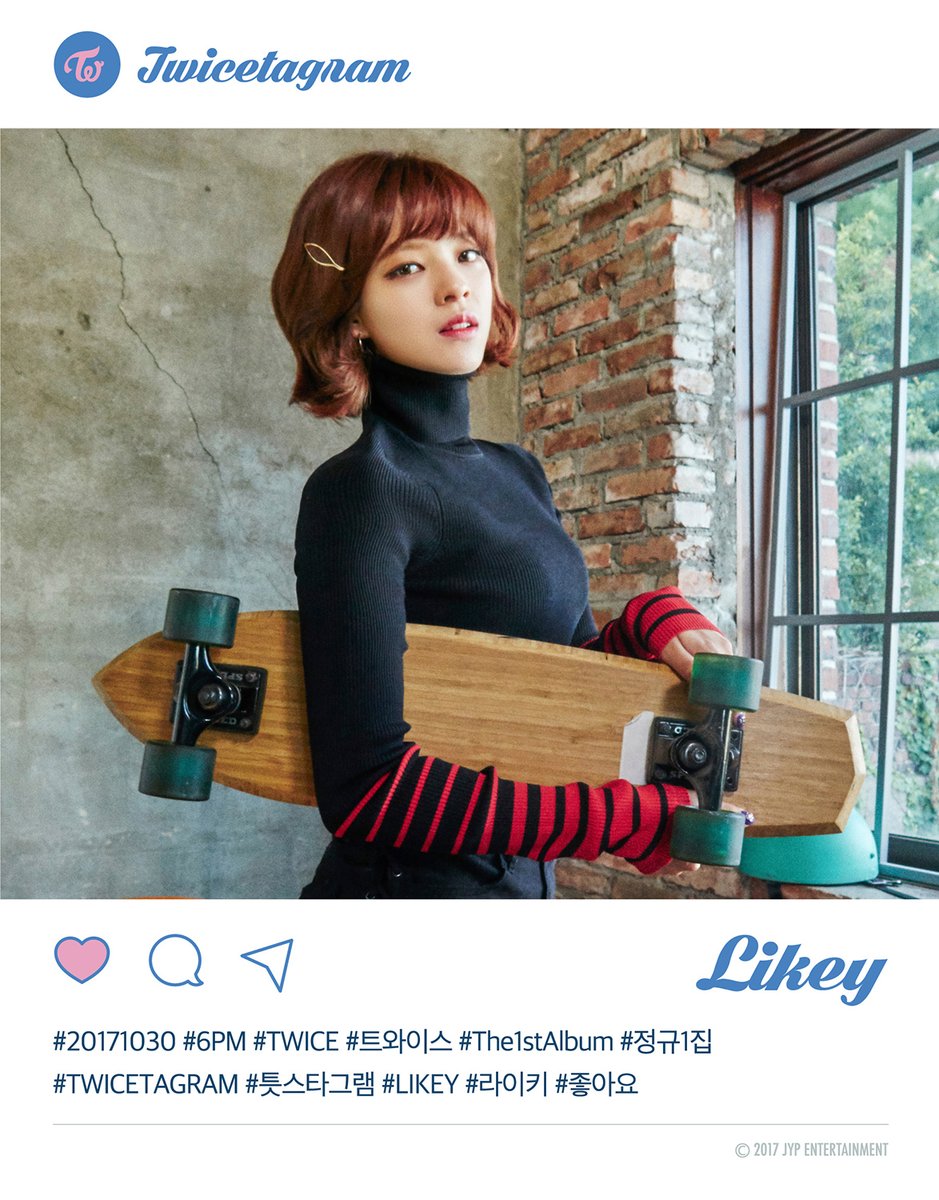 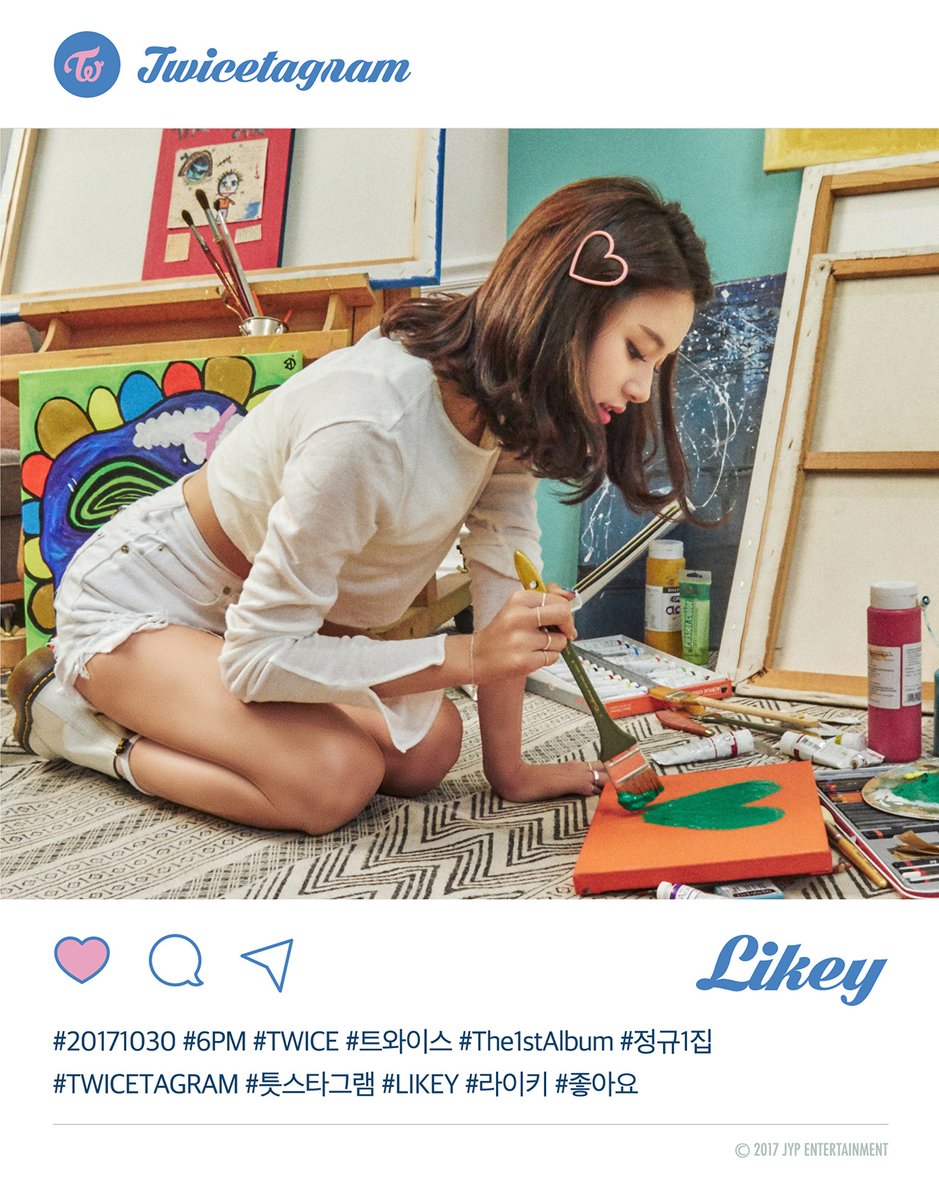 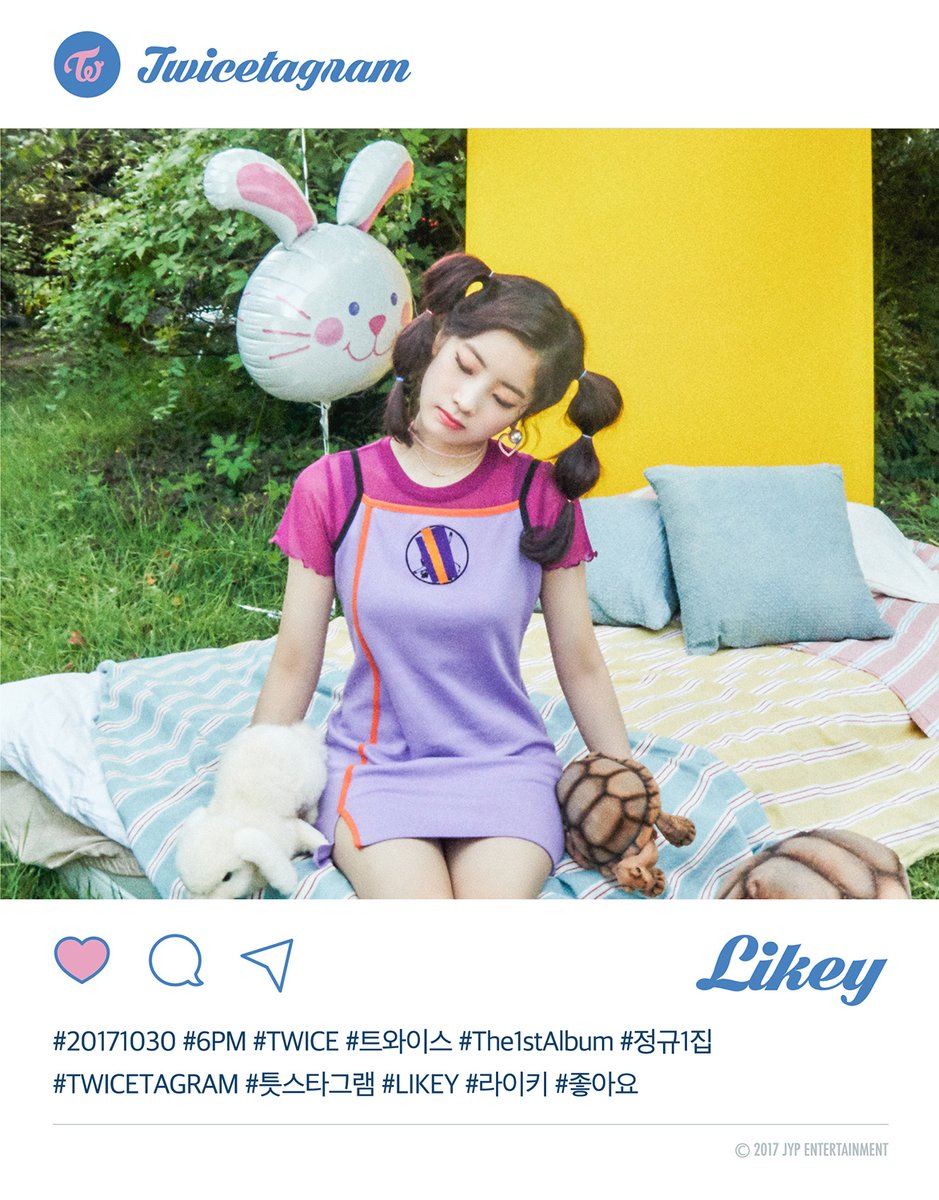 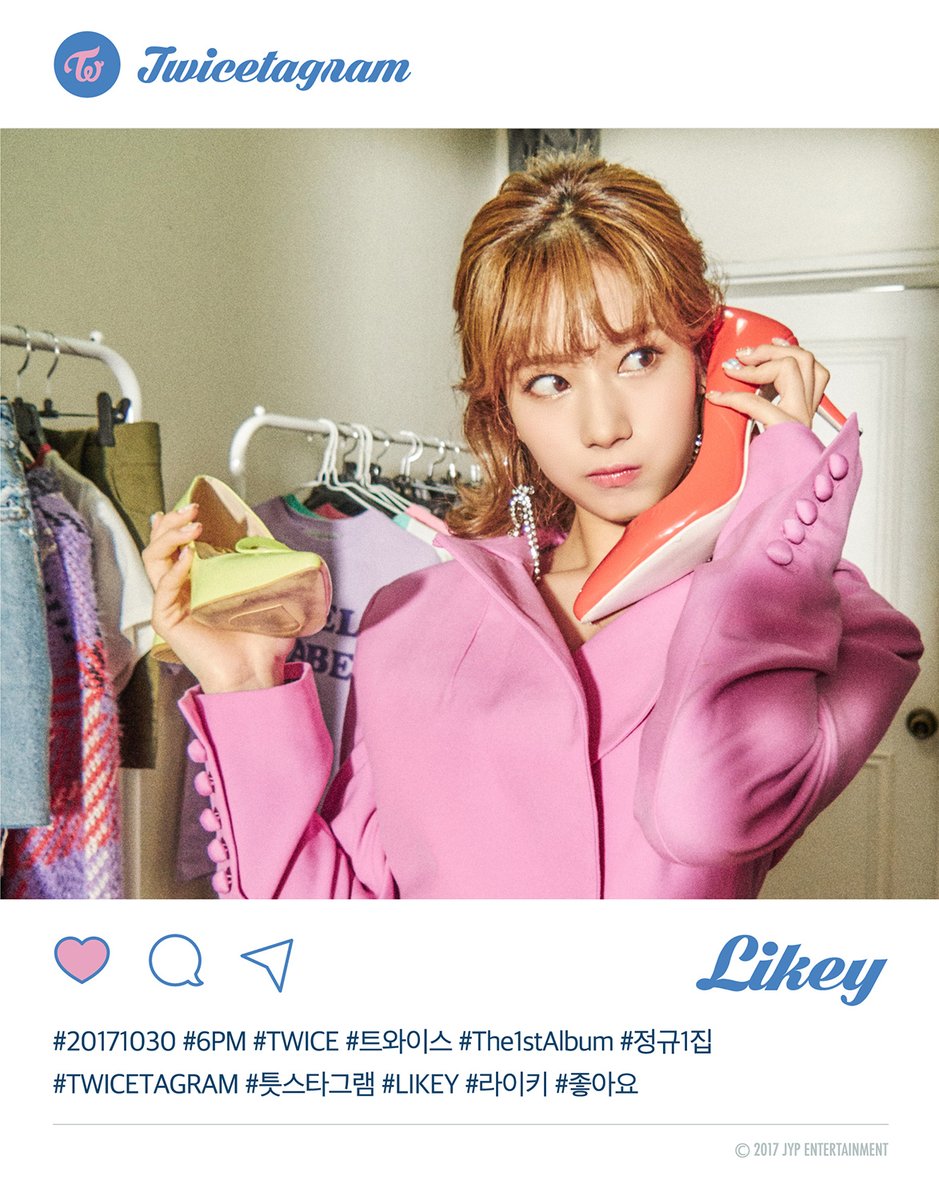 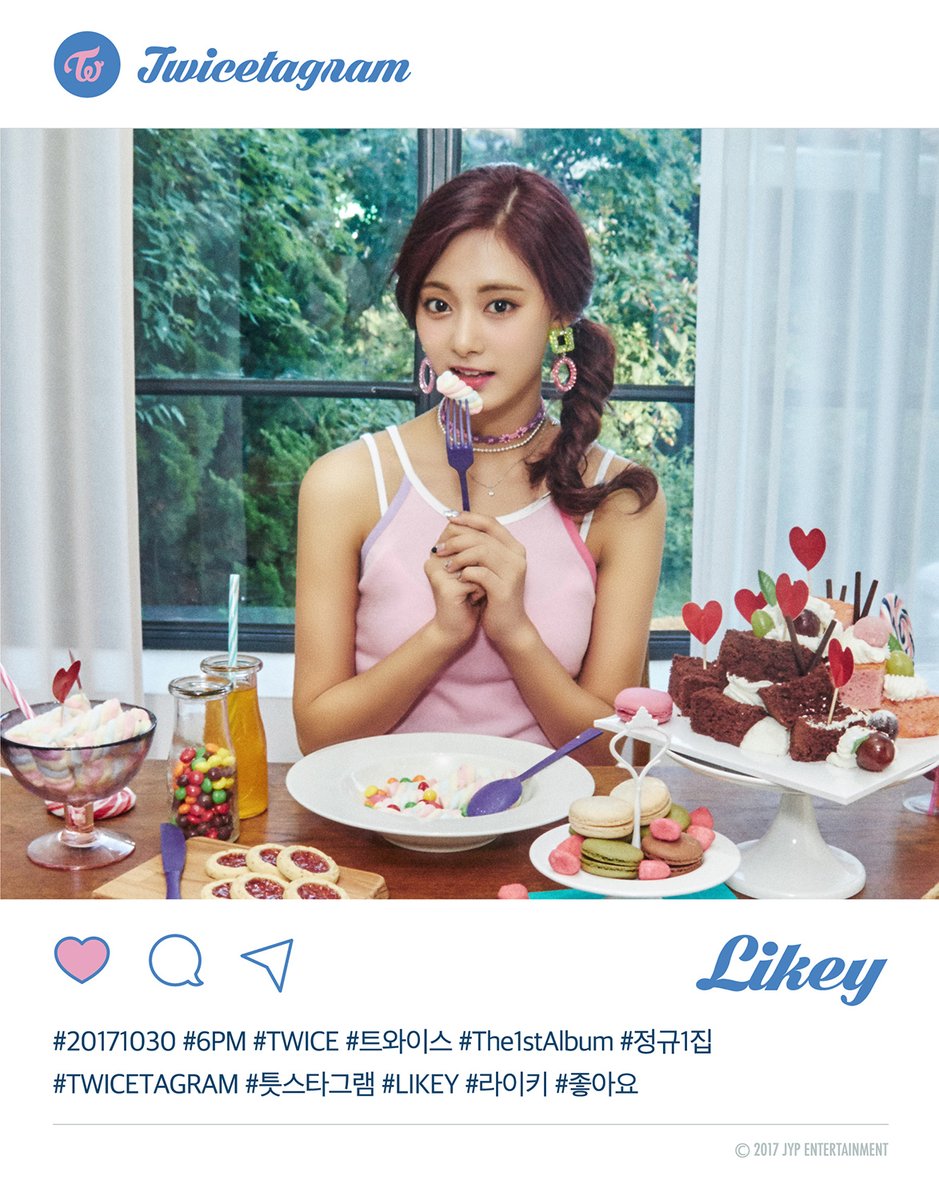 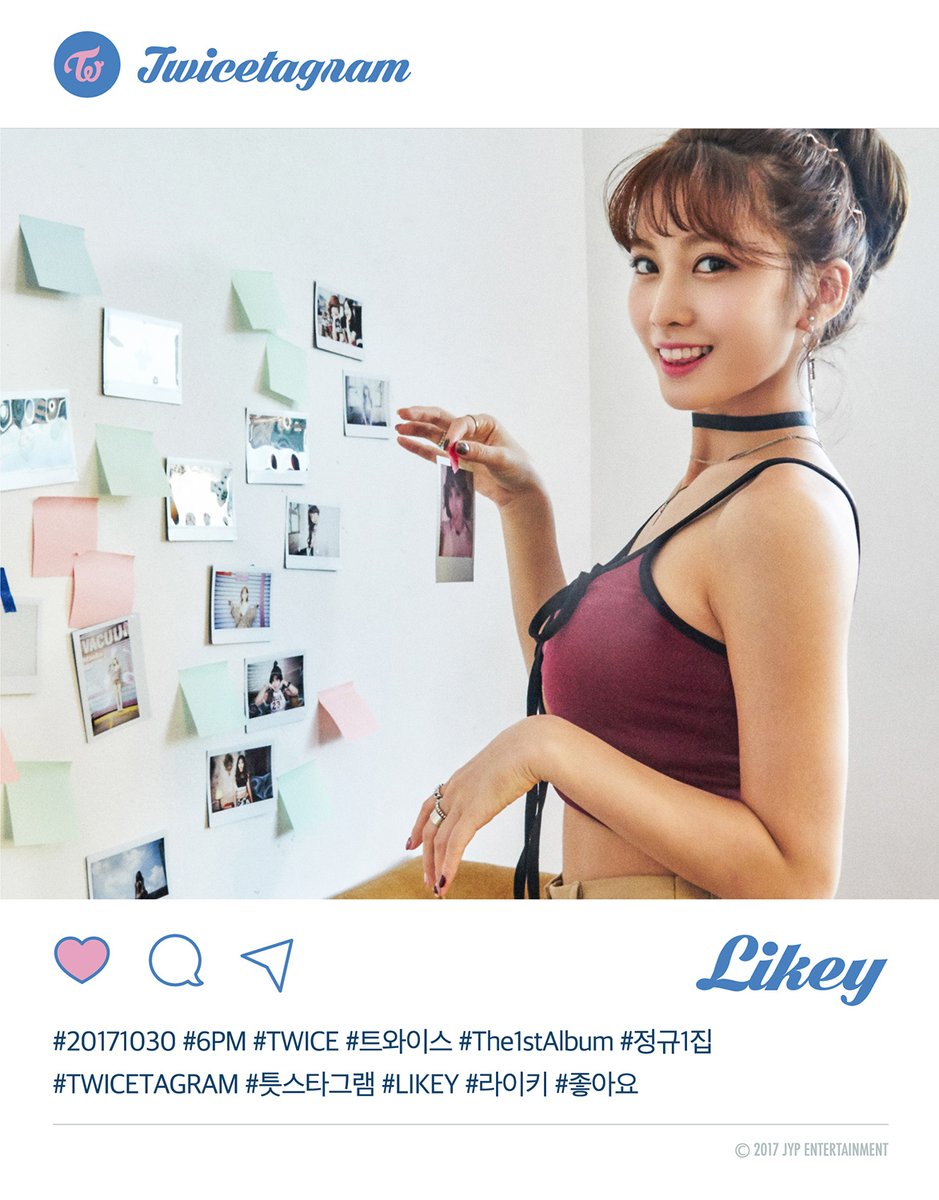 TWICE has revealed a second teaser image for their comeback with the track “Likey”! As with their first teaser photo, it was also released in a version inspired by Instagram as their new album is entitled “Twicetagram.” 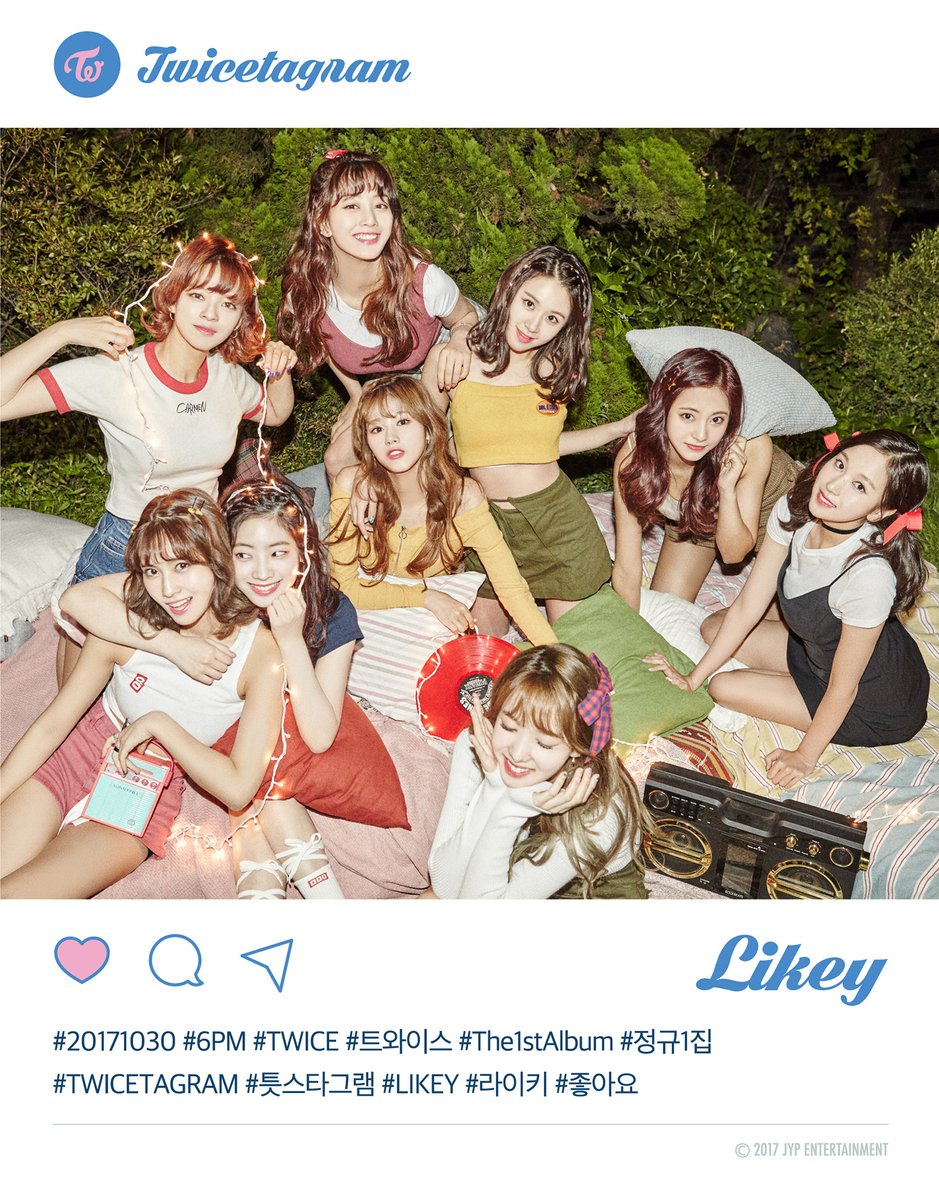 TWICE has released a track list for their new full album “Twicetagram”!

The group’s title track “Likey” has been written by Black Eyed Pilseung and Jun Goon, and there will be thirteen tracks in all.

TWICE has shared another look at their upcoming return, this time with their first photo for “Likey”! The photo was also shared in a version set up like Instagram to go with the title of their upcoming first album “Twicetagram.” 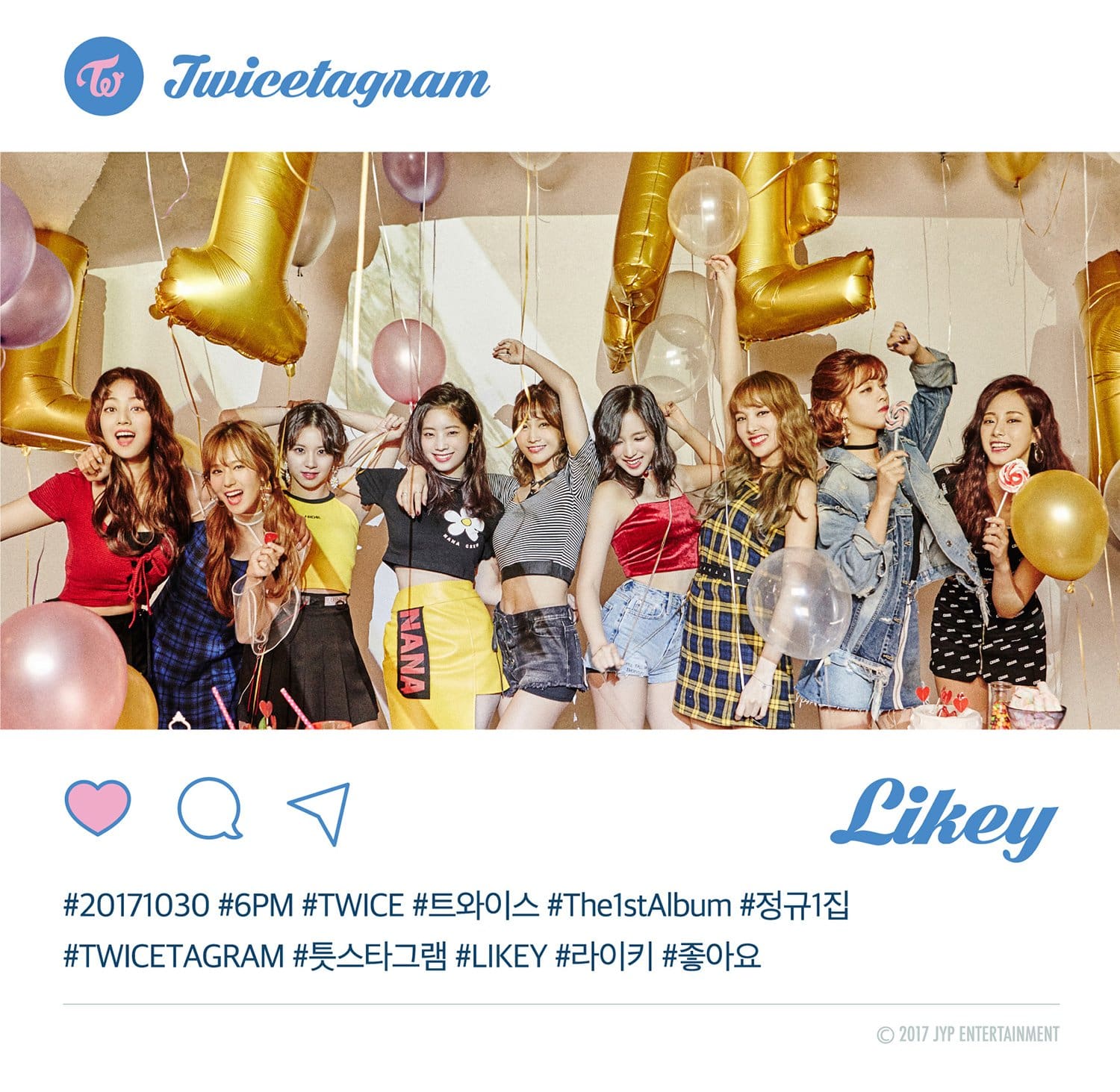 TWICE is gearing up for their new comeback!

The group is slated to appear on “Weekly Idol” for their comeback and recently finished filming their music video in Canada.

In the trailer, the girls hang out at schools, parks, and local stores, while cute graphic hearts pop out around them.

“Likey” appears to be the title track off their first studio album, “Twicetagram,” which is set to be released on October 30 at 6 p.m. KST.