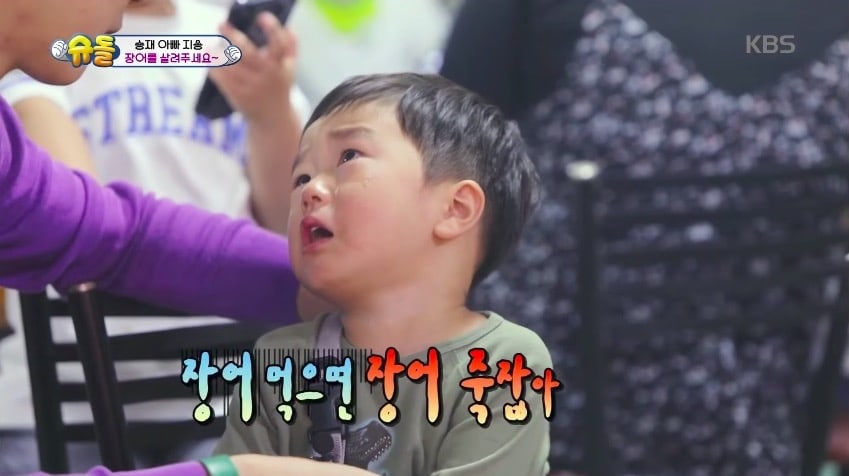 Go Ji Yong and Seungjae set off on another adventure on the October 15 episode of KBS 2TV’s “The Return of Superman.”

Eels are known as a superfood in Korea and Go Ji Yong took Seungjae to catch and eat eels to refuel his energy. On his way to run errands, Seungjae saw a fisherman fishing at the riverbank and was shocked when he saw him catching fish. 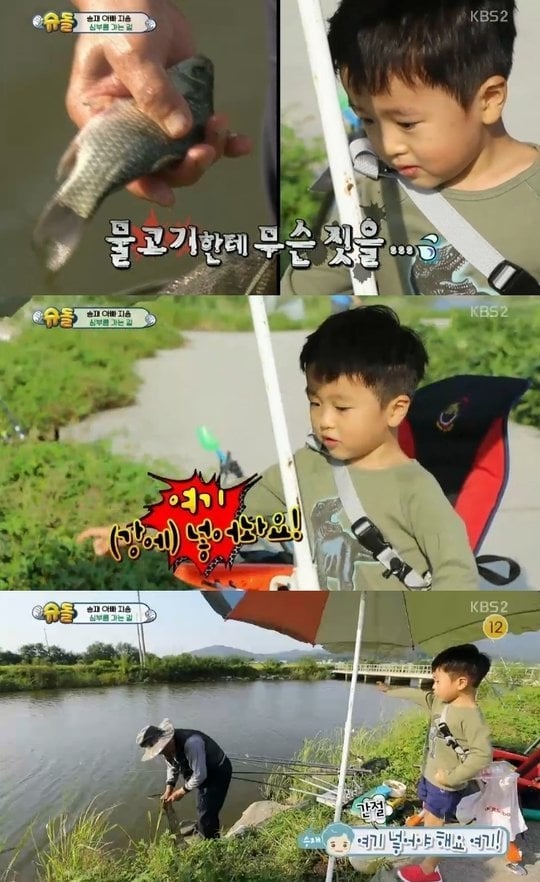 He was so worried about the fish that he couldn’t leave, so the fisherman promised him that he will let the fish go later. Only after hearing this promise, Seungjae continued on his way and ran his errands. Afterwards, he and his dad went to eat eel. However, Seungjae was shocked at the sight of the eel squirming on the grill and cried out, “You can’t cut it!”

Go Ji Yong commented in an interview, “At that moment, I thought ‘oh no.’ I only thought about how delicious it would be, and not about how it would come out [on the grill].” Seungjae, who has shown his love for sea animals on the show, refused to eat the eel despite his dad’s words that it would make him stronger. Seungjae asserted, “I’m not going to eat eel. If I eat it, it will die,” and burst into tears.

Go Ji Yong fooled Seungjae and said the grilled eel was just like pork belly and only then, Seungjae consumed his dinner. 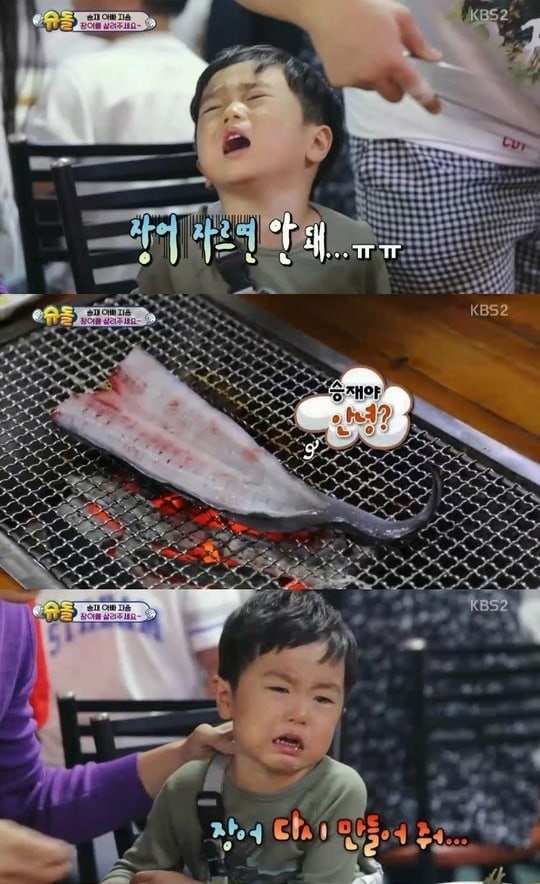