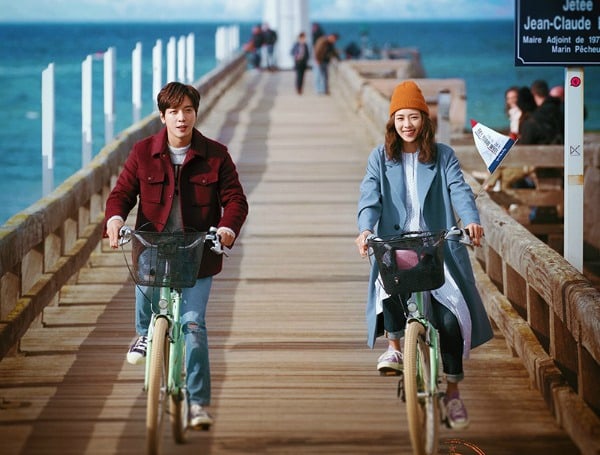 First Impressions: “The Package” Will Make You Want To Find Love In The City Of Lights

They say you’ll never really get to know someone until you travel with them. Perhaps this is because traveling takes a person out of her comfort zone, somewhere far from daily routines. The same goes for couples. You will discover a different side to your partner: what makes them smile or what makes them tick. So how much more complicated would it be if complete strangers traveled together, and in none other than one of the most romantic cities in the world, Paris. 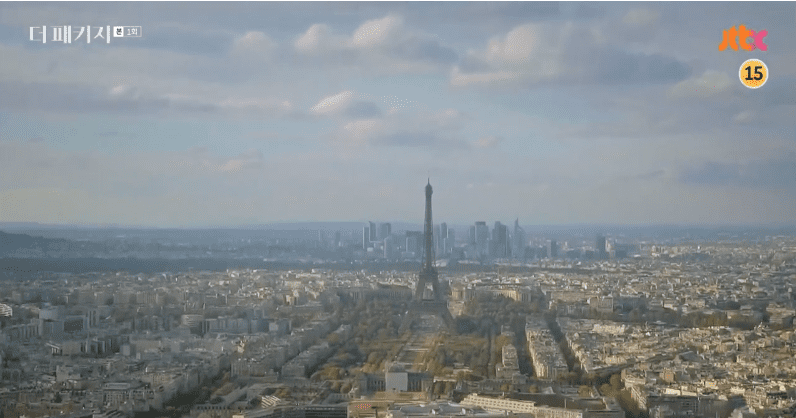 “The Package” explores the different stories of people who come together coincidentally to travel as a package tour group. While this may seem like a simple arrangement, the complexities of each character make the group seem unbalanced. In other words, they hate each other. So how can they travel with people they can’t stand?

It all starts with a scenic overview of Paris. Yoon So So (Lee Yeon Hee), holding flowers and a bag of baguettes, is smiling and greeting people while walking through the streets: “Bonjour!” It’s almost like watching Belle from “Beauty and the Beast,” only without the song and dance number. 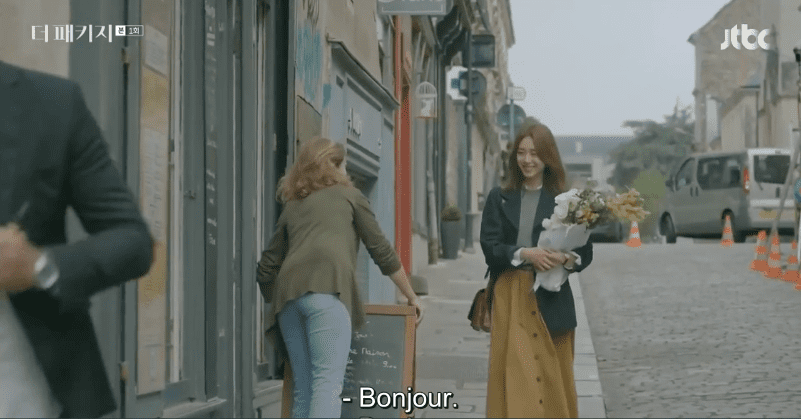 “‘Bonjour.’ It tickles my throat as it spreads through my nose,” she says, “I didn’t know such a beautiful greeting existed.” She’s happy and feels at home, but behind her smile lurks a sad past that she is trying to hide behind the gloss and brightness of her surroundings.

So So then goes to work as a tour guide in France, with no interest in whoever comes as her clients because she thinks they’re all the same. She thinks the tour will go smoothly, until San Ma Ru (Jung Yong Hwa) comes along, ruining everything before it even begins.

He gives a vague answer to the immigration officer when asked about his name, which leads to him being detained; his name happens to be the same as someone who is wanted for sexual abuse. He delays the whole tour schedule and makes everyone wait for more than two hours. After the immigration officer clears San Ma Ru’s identity, he then opens his luggage only to find questionable items that further delay Ma Ru’s release. 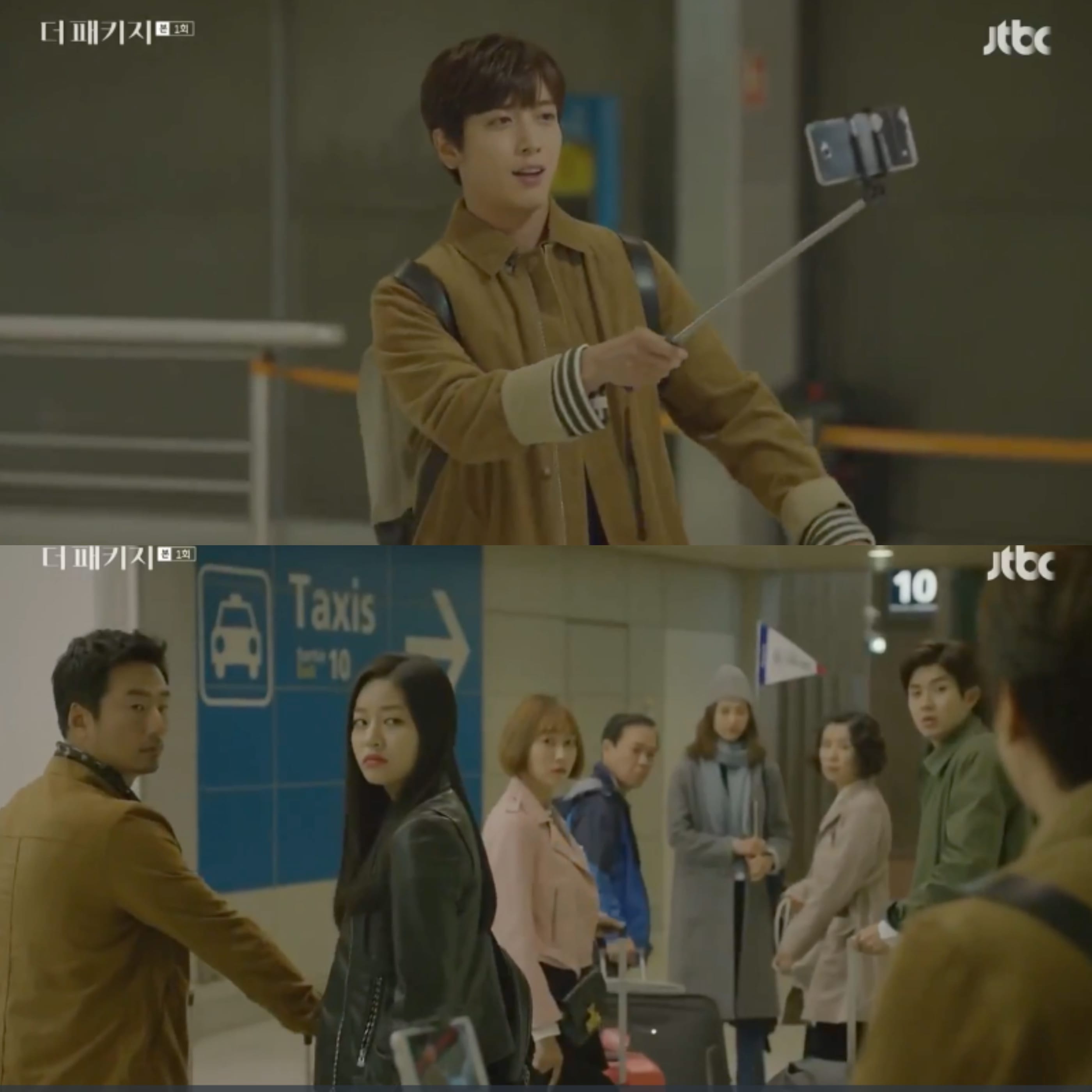 Meanwhile, three different couples wait impatiently with So So for San Ma Ru to show up: an anxious wife and an irritable old husband, a bored young couple, and a sweet middle-aged couple. As various events keep Ma Ru from starting the trip, we learn more about the different personalities of the couples and what may be the formula for a disastrous package tour.

Yoon So So is a tour guide whose job is to always smile and show everyone a good time. But again and again, every time she is left alone while the tourists enjoy Paris, her smile leaves her face and a gloomy tone enters her voice as she narrates a time when she was happy and in love.

Aside from her character’s apparent heartbreak, she is also hiding another truth about herself that makes her run away, both from her feelings and from dire circumstances that led her to France. We’ll see a deeper side to her character as the episodes run along, and hopefully it will take Lee Yeon Hee out of her comfort zone and let the viewers see a deep nuanced role. 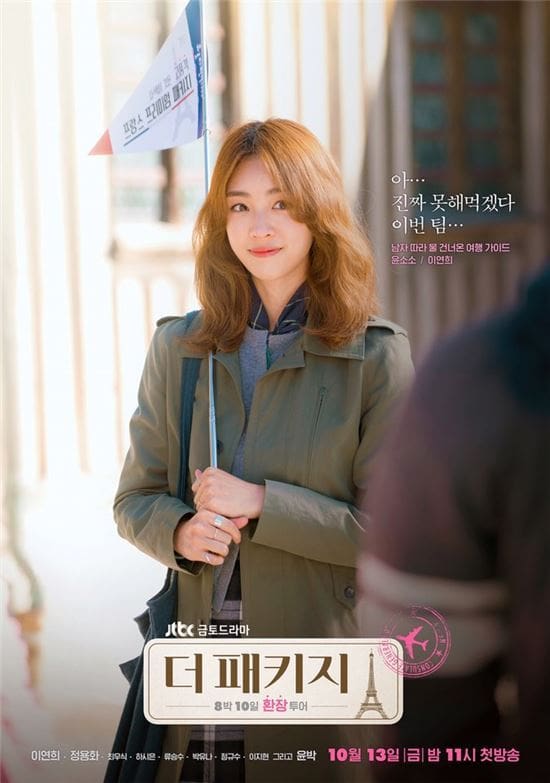 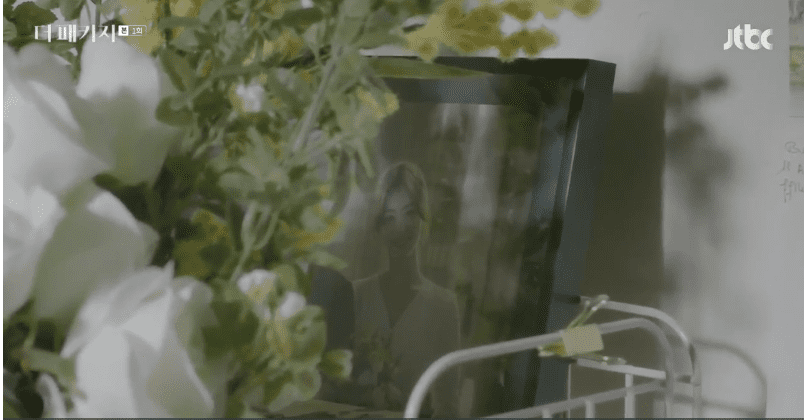 San Ma Ru seems like an odd man out from the very start. He likes taking selfies no matter what the place or situation. Yes, even inside a detention room. And in his luggage you’ll find an assortment of racy lingerie — God knows what for. As a tour guide who’s practically seen every type of person, So So tags him as “that pervert.”

Yong Hwa has always played some type of serious and/or uptight character in his acting career, and it’s refreshing to see him play a quirky and silly character this time around. 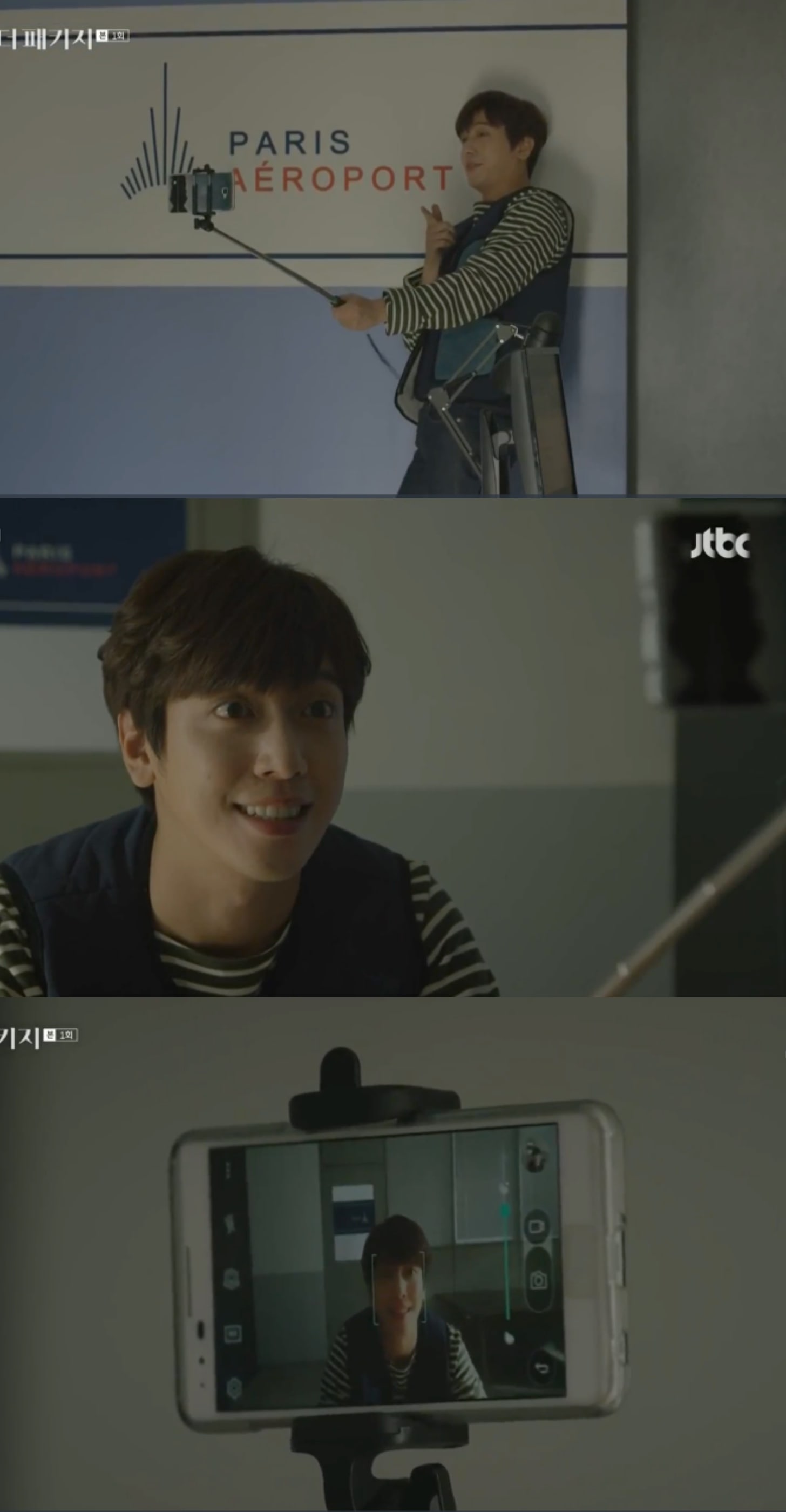 Ma Ru demonstrates what to do (or not to do) when you can’t do anything about a situation at a foreign immigration detention room: just smile and take a selfie!

“The young couple that’s worse than an old couple. It seems like his girlfriend forced him to come along.” This is what So So thinks of this couple as she observes how the guy complacently takes her for granted while the girl hopes to get more attention. Kim Gyung Jae and Han So Ran look like they’ve been a couple for a long time. So long, perhaps, that Gyung Jae feels too comfortable and has lost the knowledge of what it means to be a romantic boyfriend. All Han So Ran wants is to be treated well and be reminded why they fell in love in the first place. Deep inside something is bothering her, and she knows that she needs to confront their relationship issues sooner before everything falls apart. 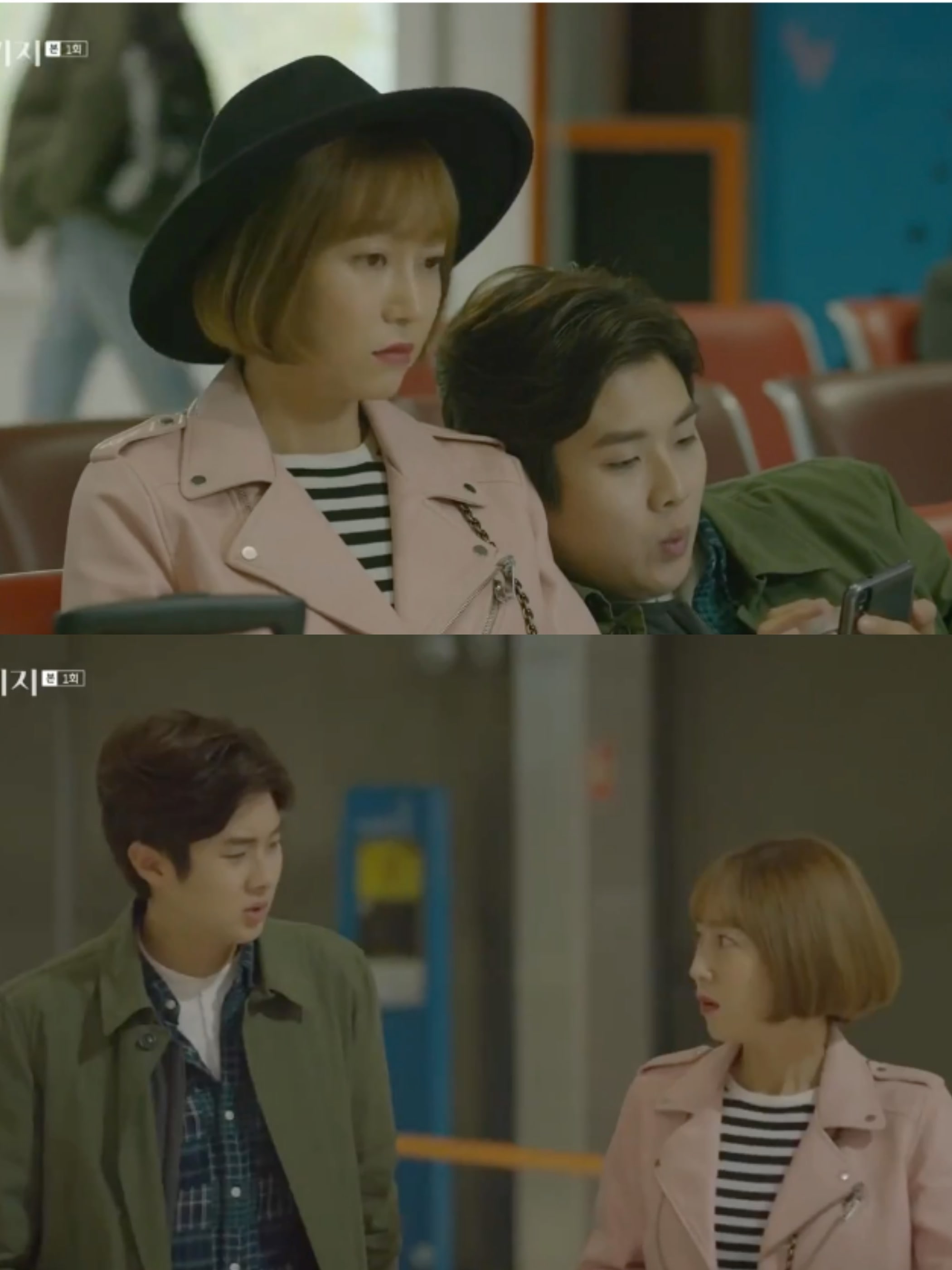 “The middle-aged man who gets crazy when things don’t go his way, and his wife who holds it in but is scary when she gets mad.” Oh Gab Soo is a grumpy old man who keeps complaining about every single thing. He’s rude and he thinks he’s always right just because he’s the oldest in the group. He seems like he disregards his wife, Han Book Ja, who tries to keep her patience and act as mediator between her husband and anyone who crosses him. It is revealed that Book Ja is suffering from an illness, which may be the reason why they went to Paris to see the beautiful sights. 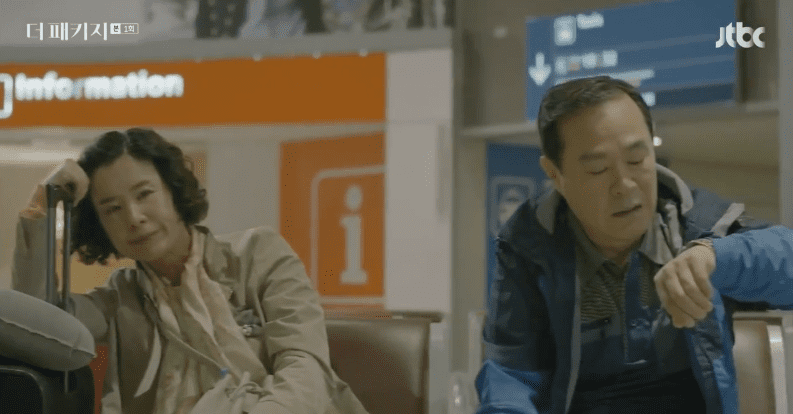 “The couple who’s having an affair.” Jung Yeon Sung treats his partner Na Hyun like she’s the most beautiful woman on earth, and he is always at her beck and call. He’s extra sweet to her, while she appears to always be indifferent or annoyed at him. People around them think they’re having an affair because every now and then they overhear Yeon Sung getting up from his seat to talk to “his wife” who’s waiting back home. It will be really interesting to find out what’s really going on with these two. 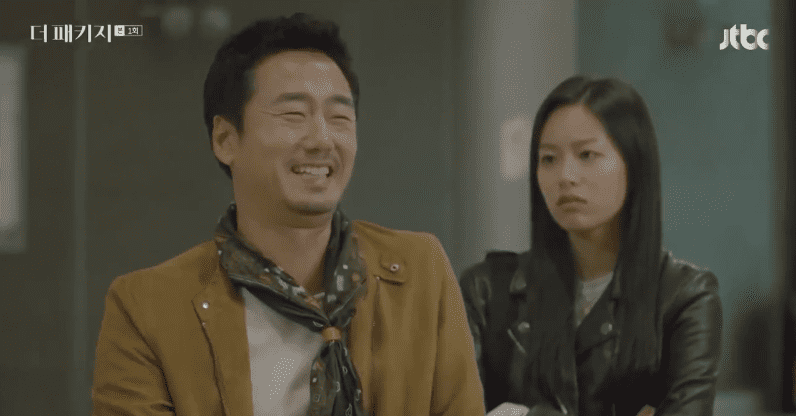 Just when you think that “The Package” is nothing but a warm, slice-of-life story, in comes a “mysterious man” played by Yoon Park, who goes around Paris looking for So So after he gets released from jail. He owns one photo of So So with another man and uses it in his mad search for the tour guide. He suddenly barges into her apartment only to find her confused roommate, and every time he comes on screen, we are left with the question, why is he looking for her?

Yoon Park plays a different kind of villain in this drama (we don’t know exactly yet if he’s a villain), as he adds some humor in his angst-filled search for So So. In one scene where he looks for her in her apartment and goes to the bathroom, he mutters, “Look at her! She even has a razor!” 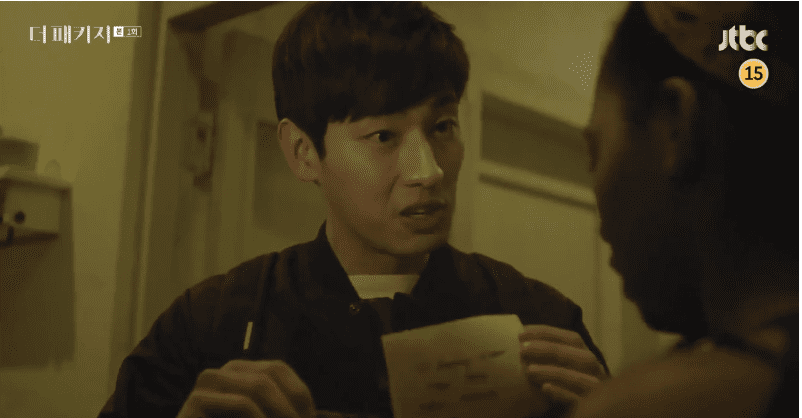 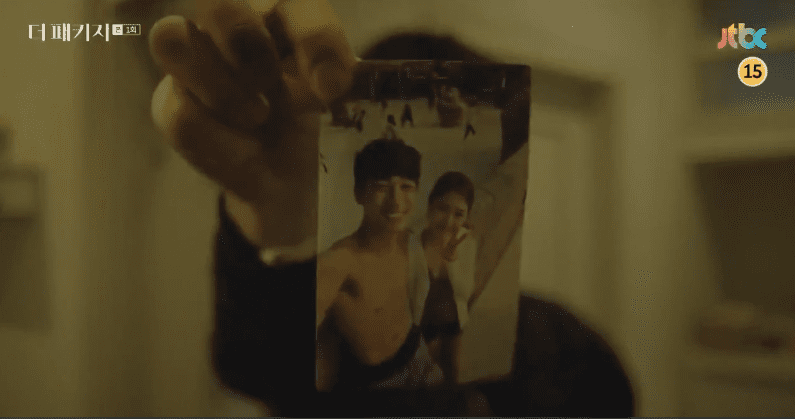 There is something about Paris that always inspires and leaves people awestruck, and it does exactly that in “The Package” giving viewers an escape from reality and the ability to breath in the wonderful sights of Paris. The scenes are bathed in Instagram-worthy filters that create an indescribable mood of either longing for love or regret. Sure, the touristy destinations may be cliche and overexposed, but the drama takes the viewers there as if they are part of the group tour and tries to make them feel everything firsthand.

That alone is a reason to anticipate this drama, but also, of course, the chemistry between the two eye-candy leads: Lee Yeon Hee and Jung Yong Hwa. They’re cute individually and so much more adorable together, while the other characters’ stories add some intrigue to the story. It’s a warm and light-hearted drama that will surprise you with random, funny scenes. Of course, it’s no “Lovers in Paris” by any stretch, but it does bring back that nostalgia of watching K-dramas set in wonderful locations.

As for the title, “The Package,” we are left thinking whether it alludes to the literal “Premium Paris Package tour” that the group availed or if there’s an actual package involved. But one thing’s for sure, this drama promises to give you the whole package: charismatic leads, interesting characters, and a breathtaking setting. 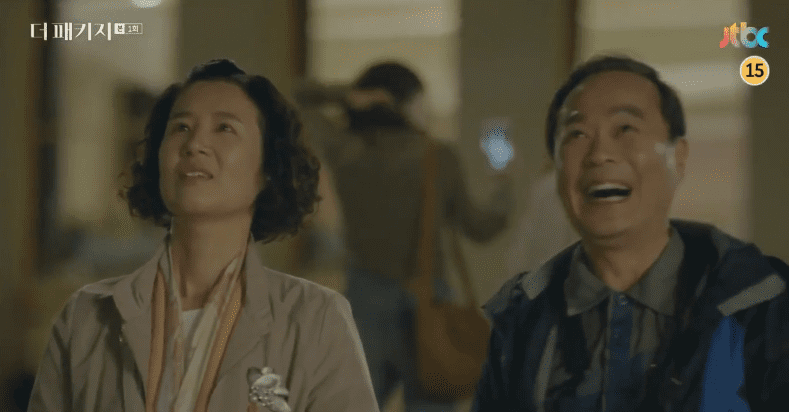 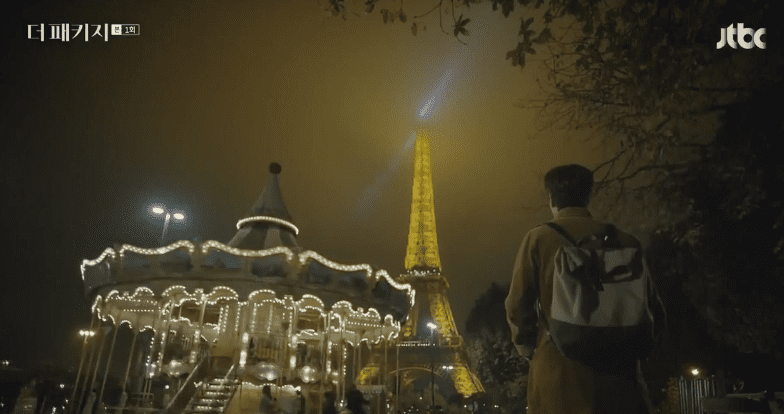 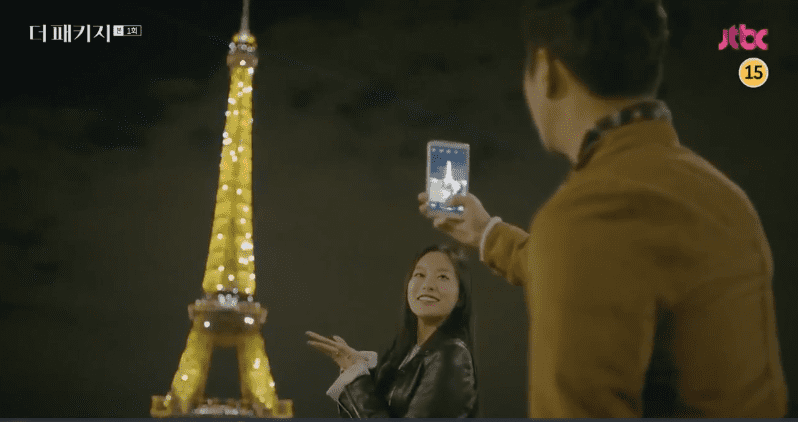 So whether you’re healing from a heartbreak or suffering from it, “The Package” has stories about the couples you might be able to relate to. It’s a good drama to watch if you’re looking for something light and quirky. 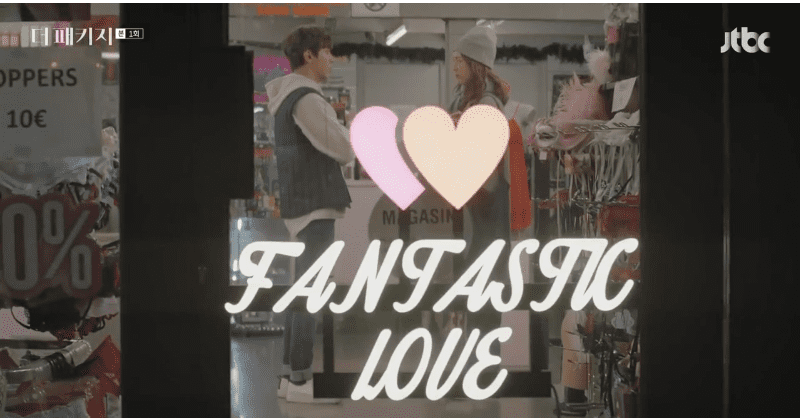