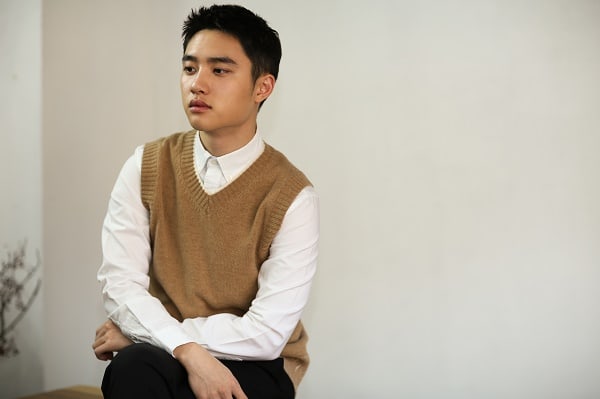 EXO’s D.O. Reveals Why He Chose To Work On Upcoming Film “Room Number 7”

On October 16, a press conference was held for the film “Room Number 7” at Konkuk University’s Lotte Cinema, where its stars Shin Ha Kyun and EXO’s D.O. (real name Do Kyung Soo) opened up about why they chose to work on this film.

The film is about an unsuccessful DVD room in Seoul called “Room Number 7,” in which both the DVD room’s owner and a boy hide their own respective unspeakable secrets, and their individual struggles to escape their situation.

Doo Shik (played by Shin Ha Kyun) is the DVD room’s owner who puts his all into trying to sell the DVD room as fast as possible, while Tae Jung (played by EXO’s D.O.) is a part-timer at the DVD room and a student who took a leave from school in order to pay off his debt from his school tuition.

When asked why he decided to work on this film, Shin Ha Kyun explained, “I chose this project because it has a realistic story and it is fun genre-wise. I thought it was a story that could be relatable to many generations.”

EXO’s D.O. said, “When I first saw the script, it looked really fun. It’s my first time taking on a black comedy and my character is one that I wanted to portray. Because of this film, I even got a tattoo. People will see a side of me they have never seen before.”

“Room Number 7” will premiere in November.