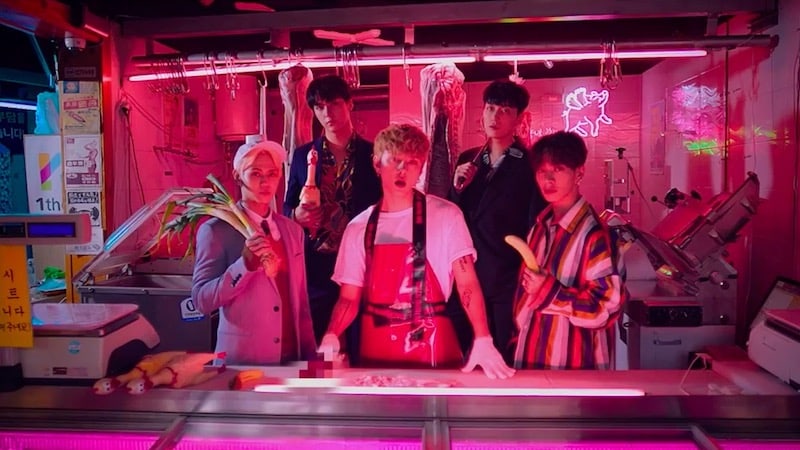 Highlight has shared some stories from filming their new music video!

On October 16, Highlight made a comeback with their new music video “Can Be Better.”

During their comeback showcase that day, Yang Yoseob revealed, “I’ll tell you all about the butcher’s shop story. There were rumors that we were filming at a butcher’s shop and many people were worried and asked if we were filming something horror-themed, or if it was a music video they could watch during the winter. But we filmed at not only a butcher’s shop, but also at a laundromat, at the Han River, and even in a hair salon. It was a lot of work but it was really fun.”

Yoon Doojoon stated, “It was really hard that day because the microdust levels were at the highest.” Yang Yoseob joked, “In the street scene, the yellow filter is actually the microdust…” When the fans didn’t react, he begged, “Please laugh even if it’s not funny,” to which fans laughed.

Highlight’s second mini-album “Celebrate,” which commemorates their 8-year anniversary, was released on October 16 at 6 p.m. KST.