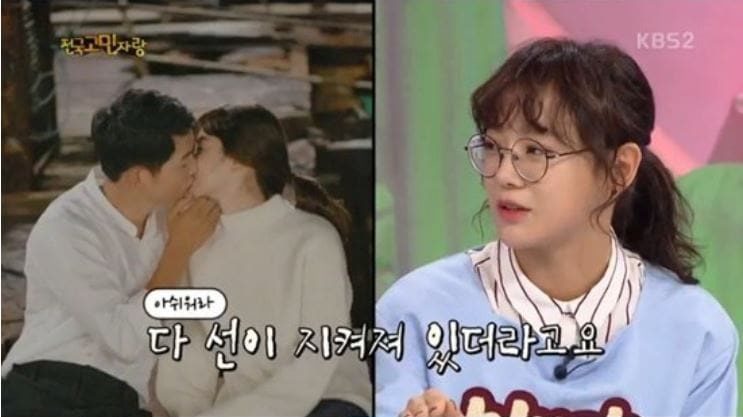 Kim Sejeong Opens Up About Romance On Set Of “School 2017”

The October 16 episode of KBS’s “Hello Counselor,” featured many guests such as gugudan’s Kim Sejeong, Seol In Ah, B1A4’s Sandeul and Gongchan, and Kim Min Kyu. During the episode, Kim Sejeong opened up about her thoughts on starring in KBS’s “School 2017.”

The MCs pondered over the question, “What is it exactly that Kim Sejeong can’t do? She’s challenged herself as a singer, in variety, and now even acting in dramas,” to which she responded, “Actually I was really excited since drama sets are really romantic. But maybe because I was a student, the romance was kept within a certain line, and so I was a bit regretful.” The MCs joked, “You should have dropped out then.”